EDDIE HEARN told a fan to "suck my nuts" on Instagram live after they slated the fight card for the latest Matchroom Fight Camp event.

The promoter will host another star-studded boxing show in the grounds of the Matchroom HQ in Essex on Friday night. 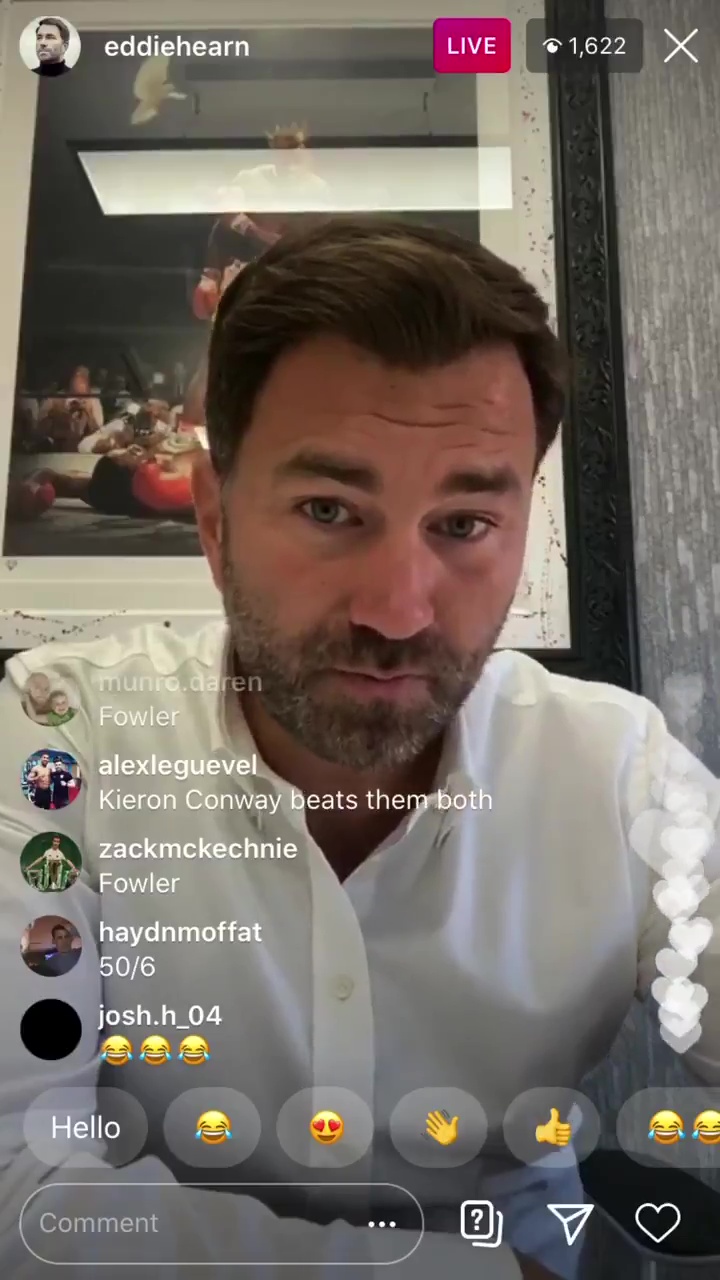 Hearn went live on Instagram to promote the event to his 946,000 followers.

But when one fan insulted the fight card, the 41-year-old hit straight back.

As he read comments from the stream, Hearn said: "Right you said 's*** card this Eddie'. Mate, suck my nuts!

"This ain't a s*** card, this is an unbelievable card this Friday, let me tell you.

"This card on Friday top to bottom is the best of the three."

Discussing the fights on show, Hearn added: "Docherty against Fox, John Doc is a powerful super middleweight, Fox coming off a great win against Dwayne Sinclair.

"It's a proper eight-rounder to kick the show off.

"Then we go back to the 154lb division with Nav Mansouri against Kieron Conway.

"That's a banging fight, let me tell you.

"Then we go to the ladies again. Shannon Courtenay against Rachel Ball.

"A lot of people think it's a tough fight for Zelfa Barrett.

"That's a proper tear up the lawn. What's the matter with you? This is the best one." 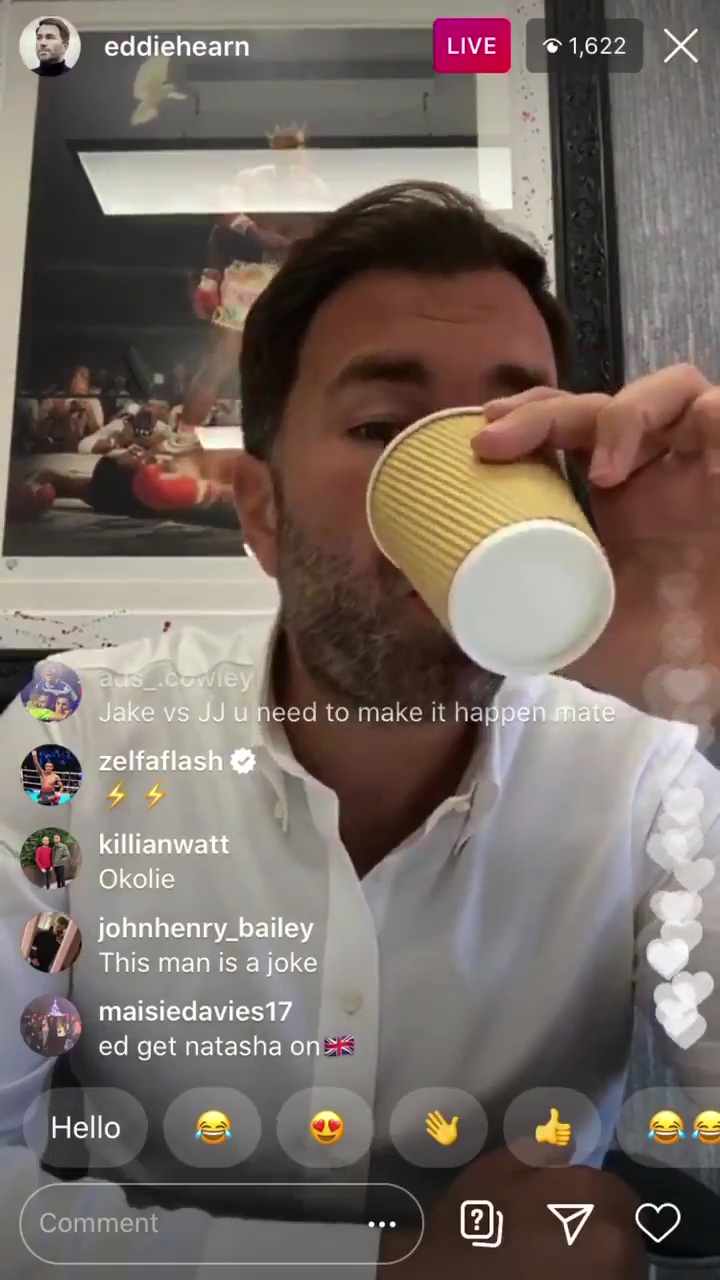 After the clip went viral on Twitter, one fan said: "Love Hearn, best damn salesman in the land! He could get you gassed up to open a tin of beans."

Another added: "You told him Ed! Great card mate."