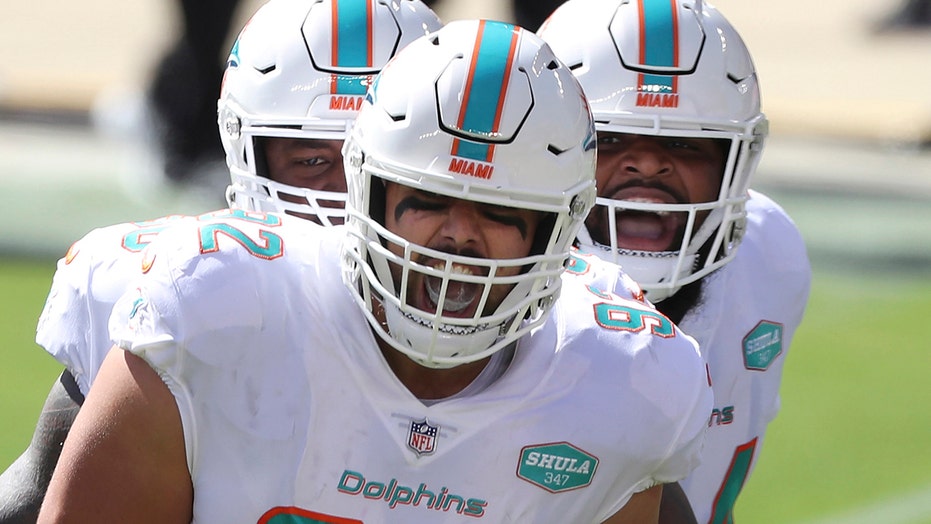 Miami Dolphins defensive end Zach Sieler has made a mark on the team in his first five games of the 2020 season, but the relatively unknown player revealed he’s been living more of a transient lifestyle.

Sieler, a former seventh-round pick out of Ferris State, has blossomed in an elevated role for the Dolphins. He joined the team in 2019 after Miami acquired him off waivers from the Baltimore Ravens. The 25-year-old Michigan native recorded his first full sack of the season against the San Francisco 49ers last week in a 43-17 victory. He already has 10 total tackles to his credit as well.

While talking to reporters about his backstory, Sieler revealed he’s been staying in an RV during the season.

“I’ve done this for two years now. I have a fifth wheel I stay in during the season,” Sieler said. “I actually had roots, and I do have roots in Sebring, which is about two hours from here. I know I’ve been asked about the ranch. That’s kind of my home base, I guess you could say. I have family in Michigan and I love going back to see them; but in season, I stay in an RV.

“For me, that works, I love it. It’s simple, it’s easy, I can get up and go postseason and just do whatever I need to do, wherever I’m training, I can park it and train there.”

Sieler said he’s hosted some of his teammates in his RV. He added that he is still a bit of a ghost in his RV community as no one knows he’s a professional athlete.

“I love it. No. I usually try to keep that a little lower," he said. "Some people learn or whatever, and usually everyone is great. When you think about it, guys that are in our campground, usually they are vacationing. So everyone is happy, everyone always waves, it’s not the typical people living their daily lives. Usually they’re on vacation. It is kind of weird getting a new neighbor three or four times a week.”

The Dolphins take on the New York Jets in Week 6 of the season.