TODAY and tomorrow is the 35th anniversary of snooker’s greatest World Championship final. 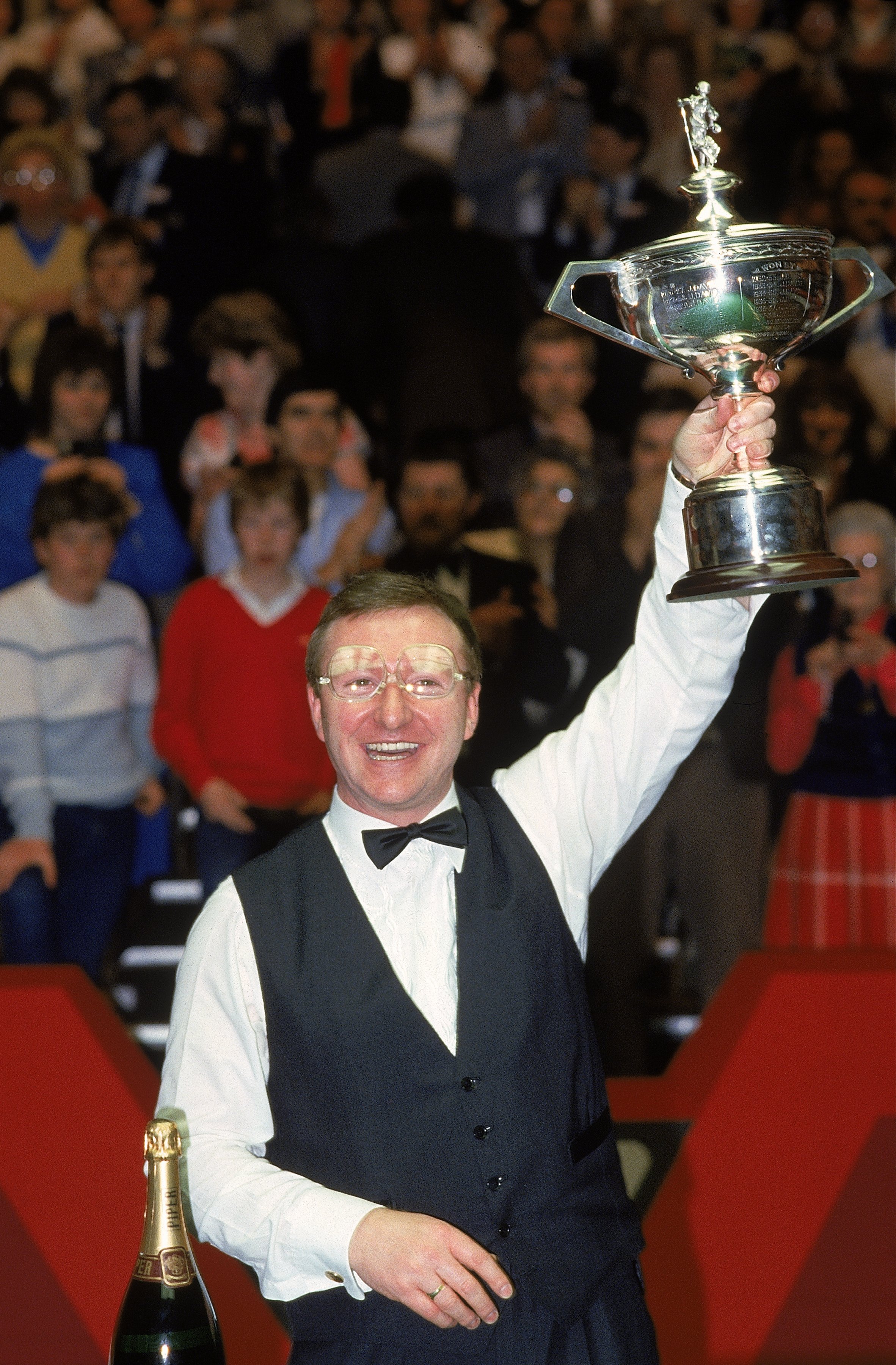 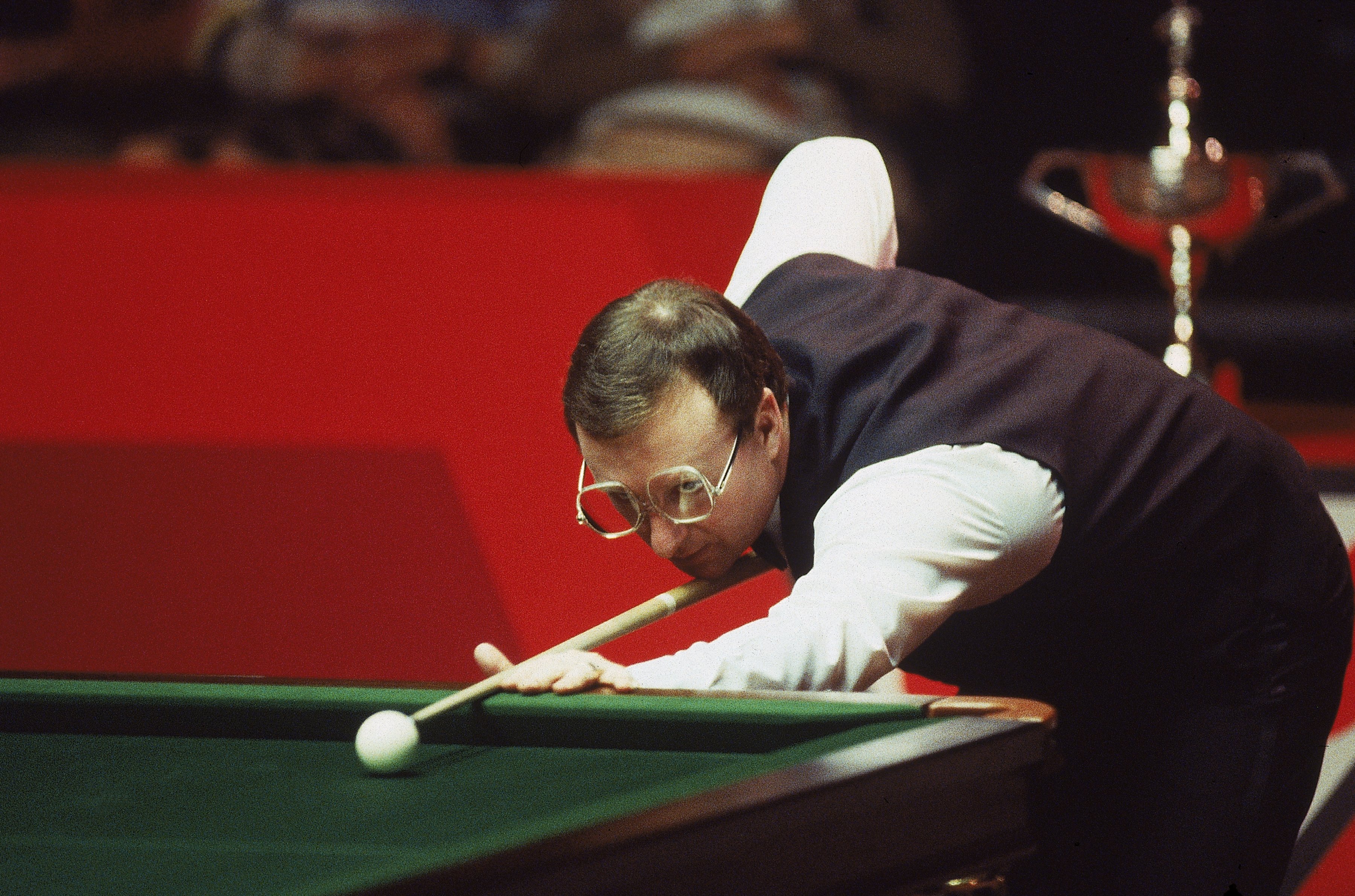 I AM often asked if I ever get bored talking about my 1985 World Snooker Championship victory.

Well, it’s a bit like Geoff Hurst scoring his hat-trick for England in the 1966 World Cup final. I don’t think he ever gets fed up with people mentioning his greatest sporting moment.

I had spent 18 years trying to win the big one. I felt I should have won it in 1979 but was outplayed by Terry Griffiths in the final.

When I finally achieved it, when that last black ball of the final frame went in, there was such relief.

To travel around the world that next year and be introduced as the ‘world champion’ — well there’s no better feeling.

You become a great ambassador for the game and your country.

I had a decent record against Steve – who had dominated the sport in the 1980s – and when I got to the final I thought it would be my chance.

But in that first session, I sat and watched him win every frame. Steve went 7-0 up. 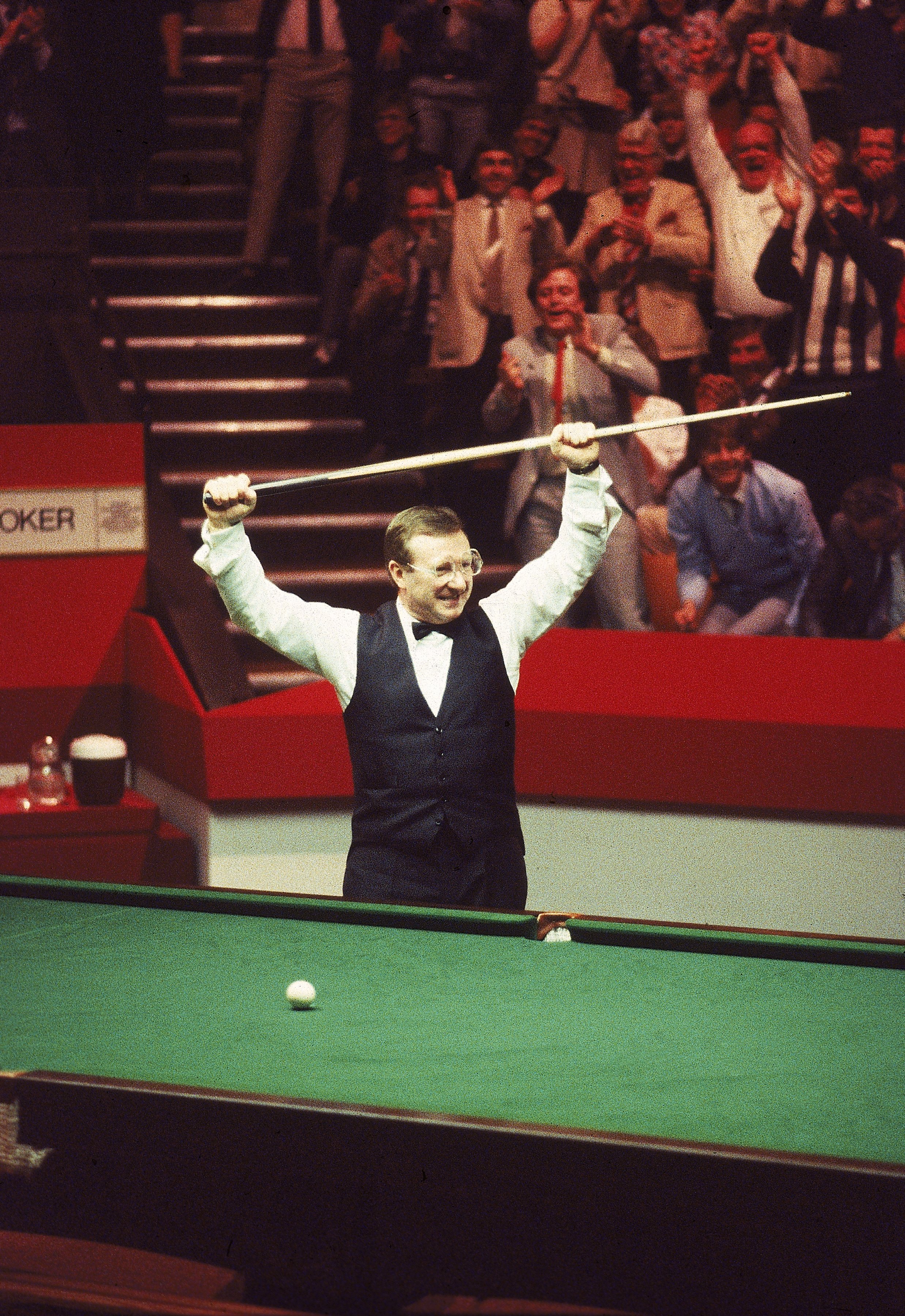 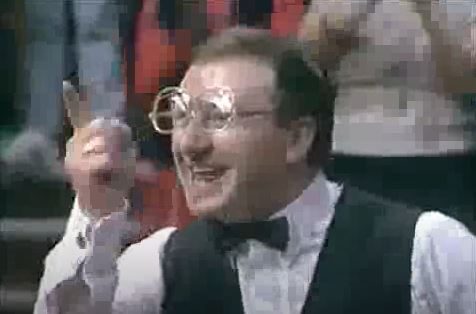 I didn’t do much wrong but he didn’t miss a ball. Steve often made the Crucible Theatre his own. The BBC and sponsors Embassy thought this was going to be the worst final of all time.

Yet I kept the faith. That evening I got one frame on the board and I remember pointing the finger up to the crowd.

I fell 9-1 behind but then won the next six frames. Most of them with one visit.

My friend Trevor East, the head of sport at ITV, had missed the afternoon session — the first one he hadn’t attended — as he was watching Derby County where he was a director.

That night there was no way I’d go straight to bed. So the pair of us cracked open a bottle of champagne. That helped me relax and sleep.

I’ve often said that under pressure, I used to go a little bit pink. And under extreme pressure I’d get a bit redder.

So that final day I kept going red — and Steve was getting whiter. People must have thought the colour had gone on their TVs.

After four sessions across two days, you’re totally exhausted. Especially as you’ve been in Sheffield for 15 days already. 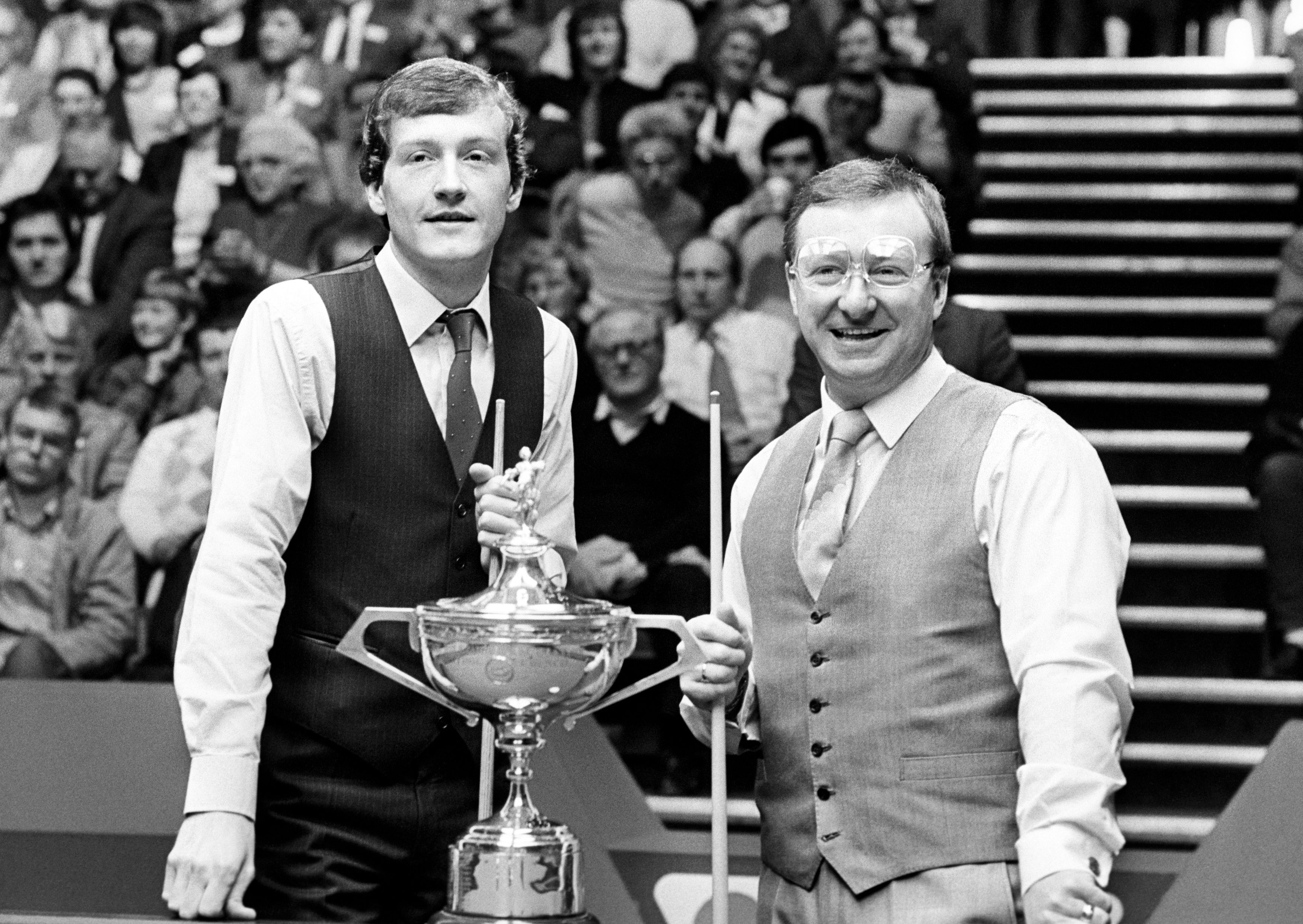 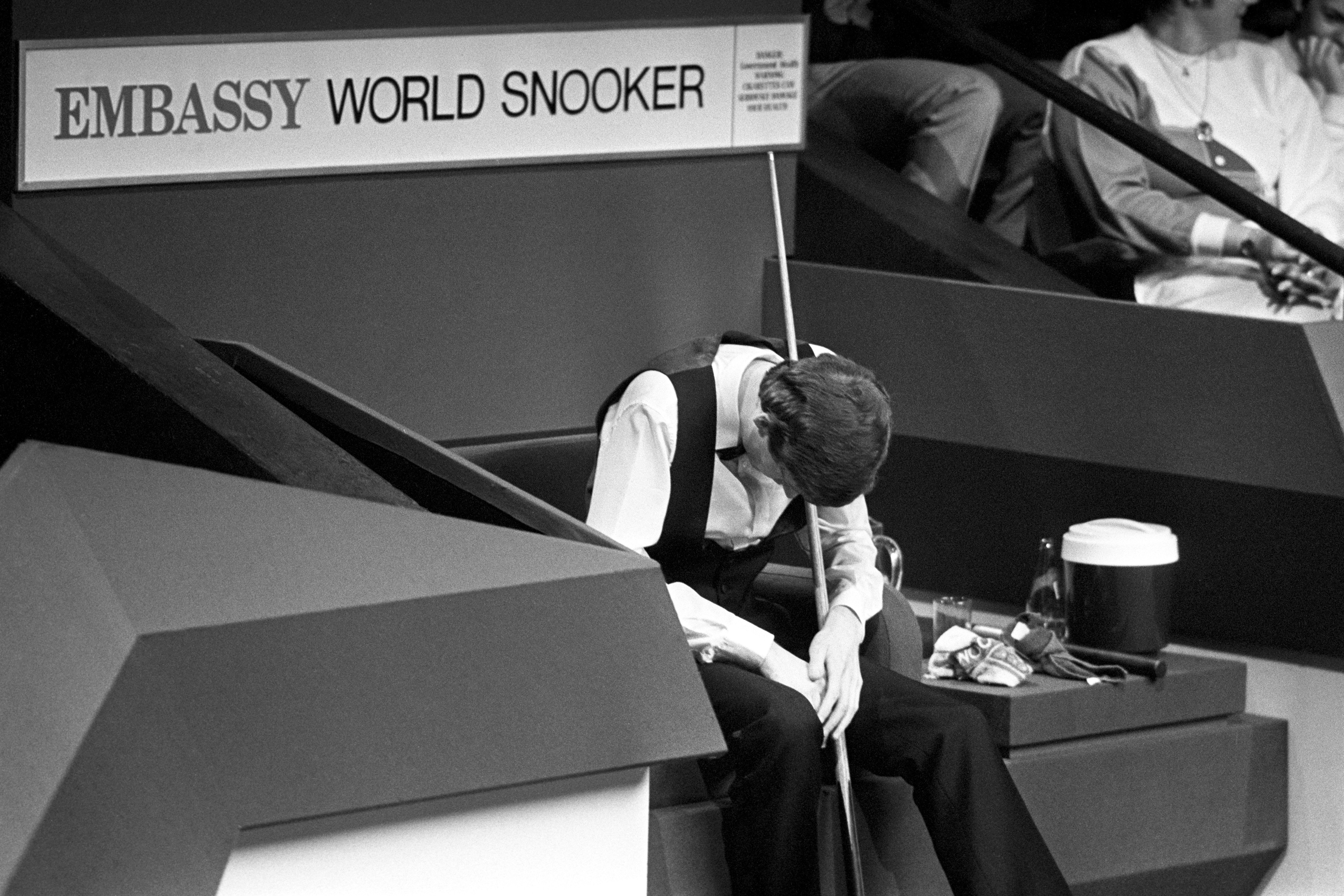 When Steve led 17-15, they were getting ready behind the scenes to present the big giant cheque with his name on it.

At 17-all, the clock went past midnight. It all came down to that last black in frame 35.

I missed the first proper chance. It bounced out of the cushion. I went back to my chair and thought ‘I’ve blown it. It’s gone.’

But Steve’s brain was flying at the time. He should have hit it thick. He hit it too thin.

I was surprised I got back to the table. I took a long time over the shot but it was much easier than the one Steve missed.

When I won, I held my cue in celebration and wagged my finger to Trevor who I had spotted in the crowd. ‘I told you I’d beat him!’

It’s funny how that celebration caught on. I remember meeting Paul Gascoigne once before an England match.

Gazza saw me in the dressing room, raised an imaginary cue above his head and wagged his finger at me.

Boosted by adrenaline, I didn’t sleep until 5am or 6am. When my wife, daughter and I got home to Blackburn, my two sons had put a banner on the balcony which read: ‘Welcome home, dad.’

We had a little Westie dog that managed to get under my table and chew the end off the cue!

I’d happily give my famous upside-down glasses to any snooker Hall of Fame.

People ask about paying a lot of money for them in auction. But I’d never get rid of them.

They were made by ex-pro and commentator Jack Karnehm because of my poor eyesight.

He changed the optical sensor because of my astigmatism. Without them, I’d have never won the World Championship. They became my trademark.

Crucible Classics are on BBC Two every day. Davis vs Taylor: The 1985 ‘Black Ball Final’ is available on BBC iPlayer.