Dayne Beams, who was set to become one of the bigger talking points of the AFL trade period, is off the trade table.

Amid growing speculation the top Lion would finish his AFL career in Victoria, possibly back at his original club Collingwood, the Lions and the player have confirmed he'll complete his current contract in Queensland. 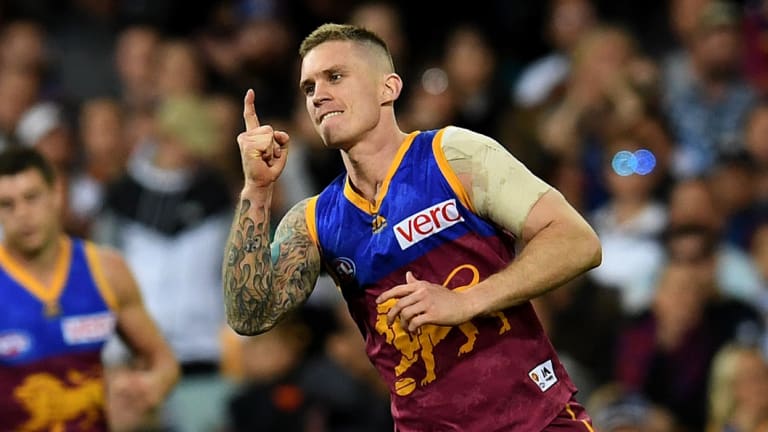 "After having our exit meetings earlier this week, I thought it was a good time to let everybody know I won’t be going anywhere. I love the coach, the playing group, and am excited about where this footy club is headed," Beams said in a statement.

"I have never asked for a trade away from the Lions and would like to put an end to any speculation over my playing future. I will be seeing out my contract here."

The 28-year-old is contracted for two more seasons at Brisbane.

It has been something of a tumultuous year for Beams, who last month spoke candidly about his ongoing emotional struggles after the loss of his father to cancer.

The veteran AFL player decided to step aside as Brisbane captain in May, choosing also to remove himself from the club’s leadership group.

Beams said match days were tough for him because of the connection he had with his father Phillip through football.

"I still have moments. Obviously those moments are becoming fewer and further apart, but they’re still there," Beams told 3AW.

"My dad was a big part of my footy career. I associated footy with him. Game days are still a struggle, I still get quite emotional before a game, but once I’m out there I feel really free and it’s two or three hours a week where I can feel like I can run around and play footy and enjoy the freedom with my teammates.

Beams joined the Lions in 2015, specifically wanting to be closer to his ill father in Queensland, after winning a best and fairest and playing in a premiership in the 2010 premiership with the Magpies.