This is no way for England and Croatia, facing each other for the first time since 78,000 packed the Luzhniki Stadium for the World Cup semi-final, to meet. 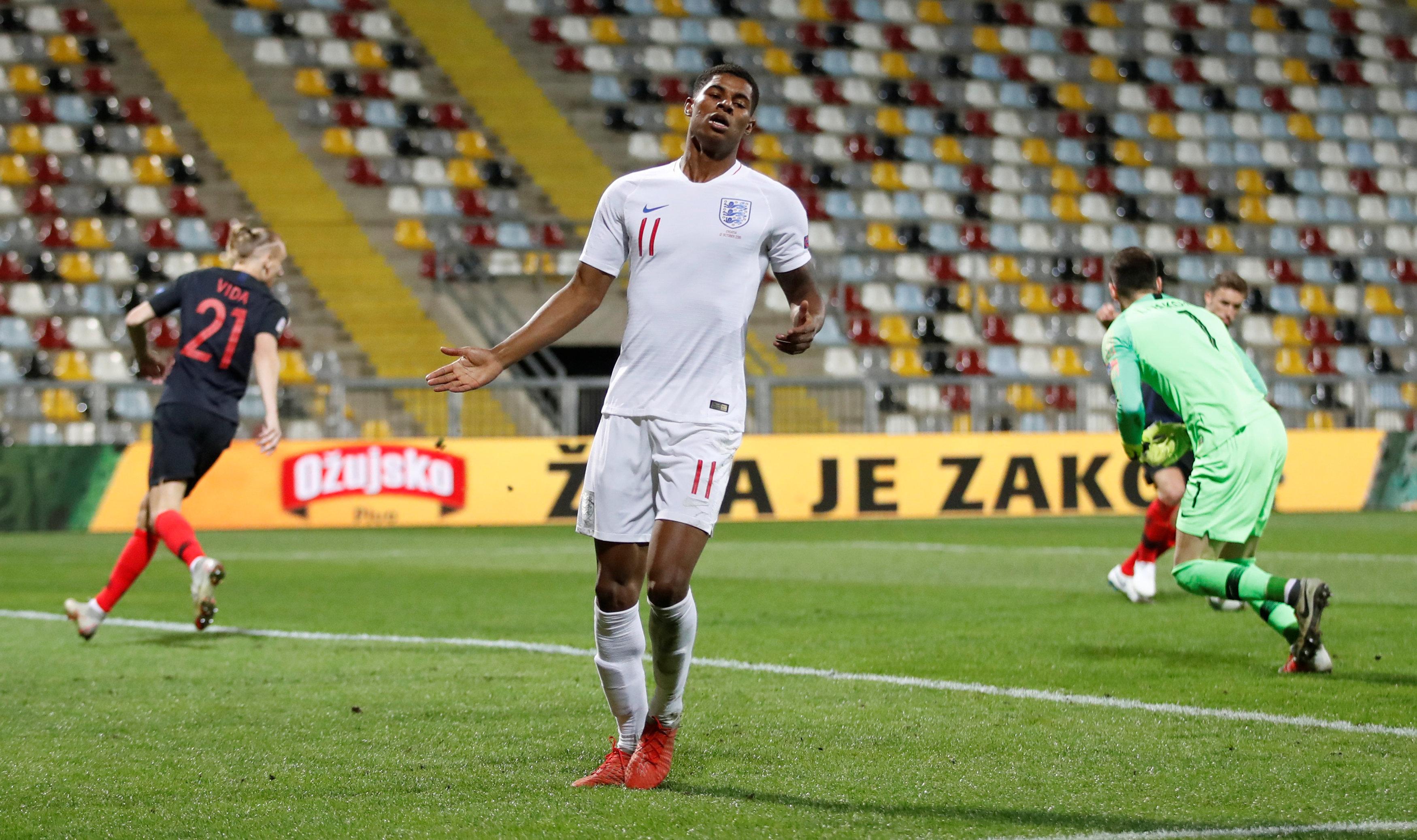 It is easy to pretend international football means the world to these boys, but it is a damn sight tougher to convince them when nobody is watching.

Think of Ben Chilwell’s family, forced to watch their son play his first full game for England back home on TV because of UEFA’s blanket ban on fans.

For Jadon Sancho’s parents watching their little lad come on to make his England debut when he replaced Raheem Sterling 12 minutes from time.

It turned into a training ground exercise played under the umbrella of the the Nations League. This is no way to play. 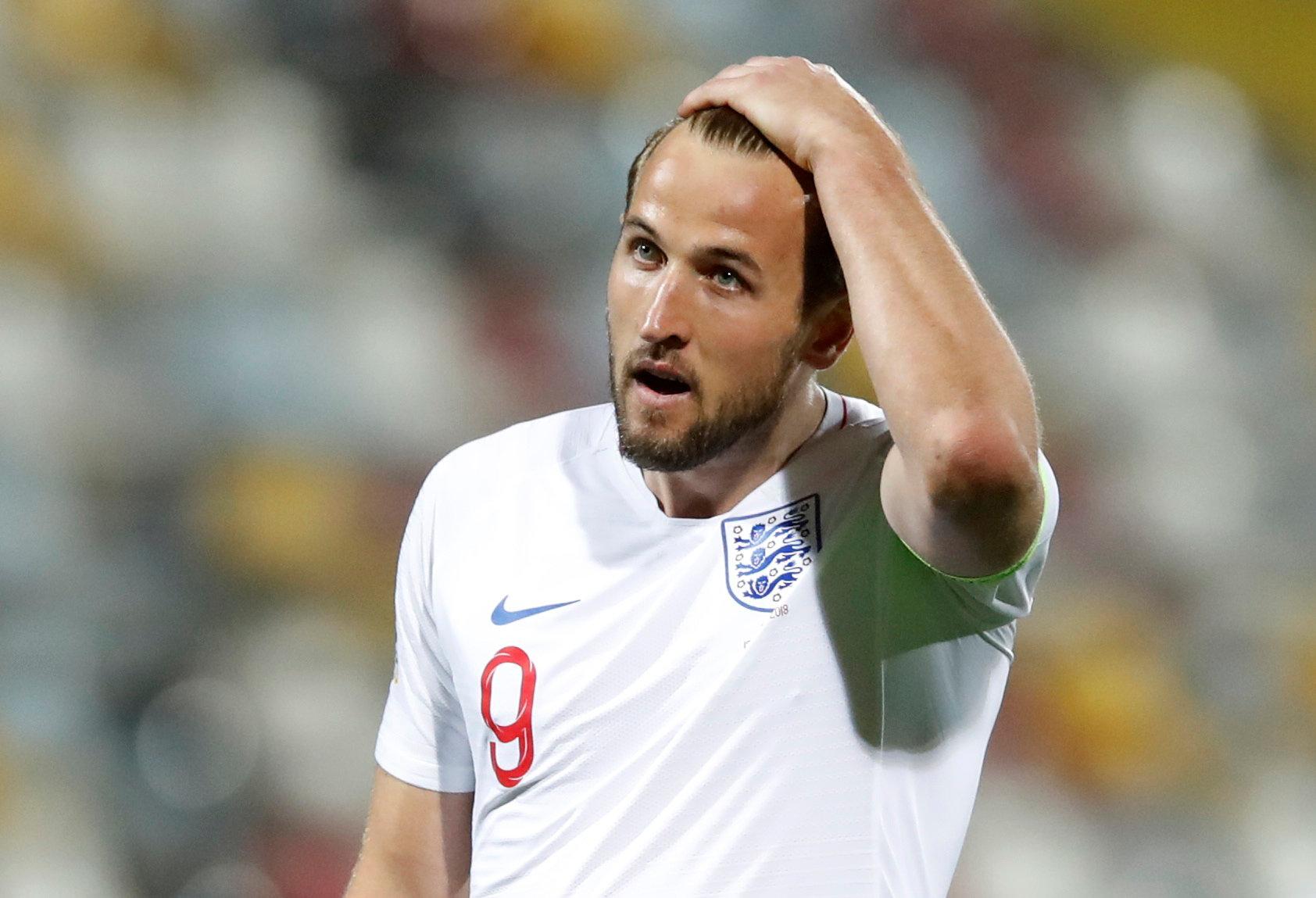 England did their best to put it all to one side, to play with pace and purpose, inside this tiny little stadium perched high up above the stunning coastal town of Rijeka.

The frustration is that they failed to convert chances, especially with Marcus Rashford suddenly drained of confidence in front of goal in an England shirt.

This is the fella who scored against Spain and Switzerland in the last round of internationals, appearing to come of age after working his way back into Gareth Southgate’s thinking. 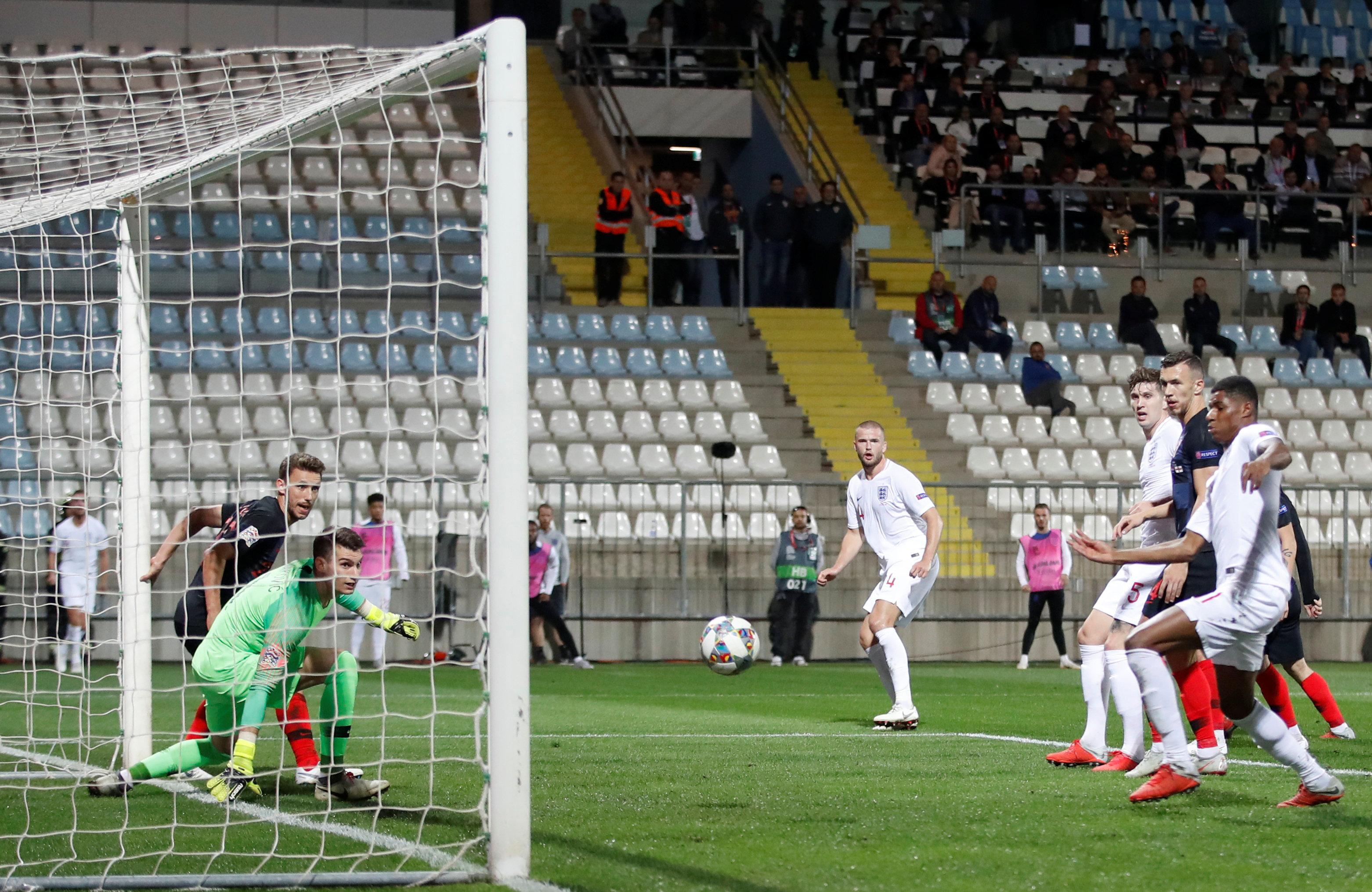 Rashford missed two big second half chances, one after the other as he got himself into prime goalscoring positions out on the left.

Fans or no fans, he should have finished them both.

He was waiting at the far post when Kyle Walker bamboozled his way down the right after 55 minutes.

Rashford timed his run, but he sent a pea-roller off his left foot into the grateful arms of Croatia keeper Dominik Livakovic. 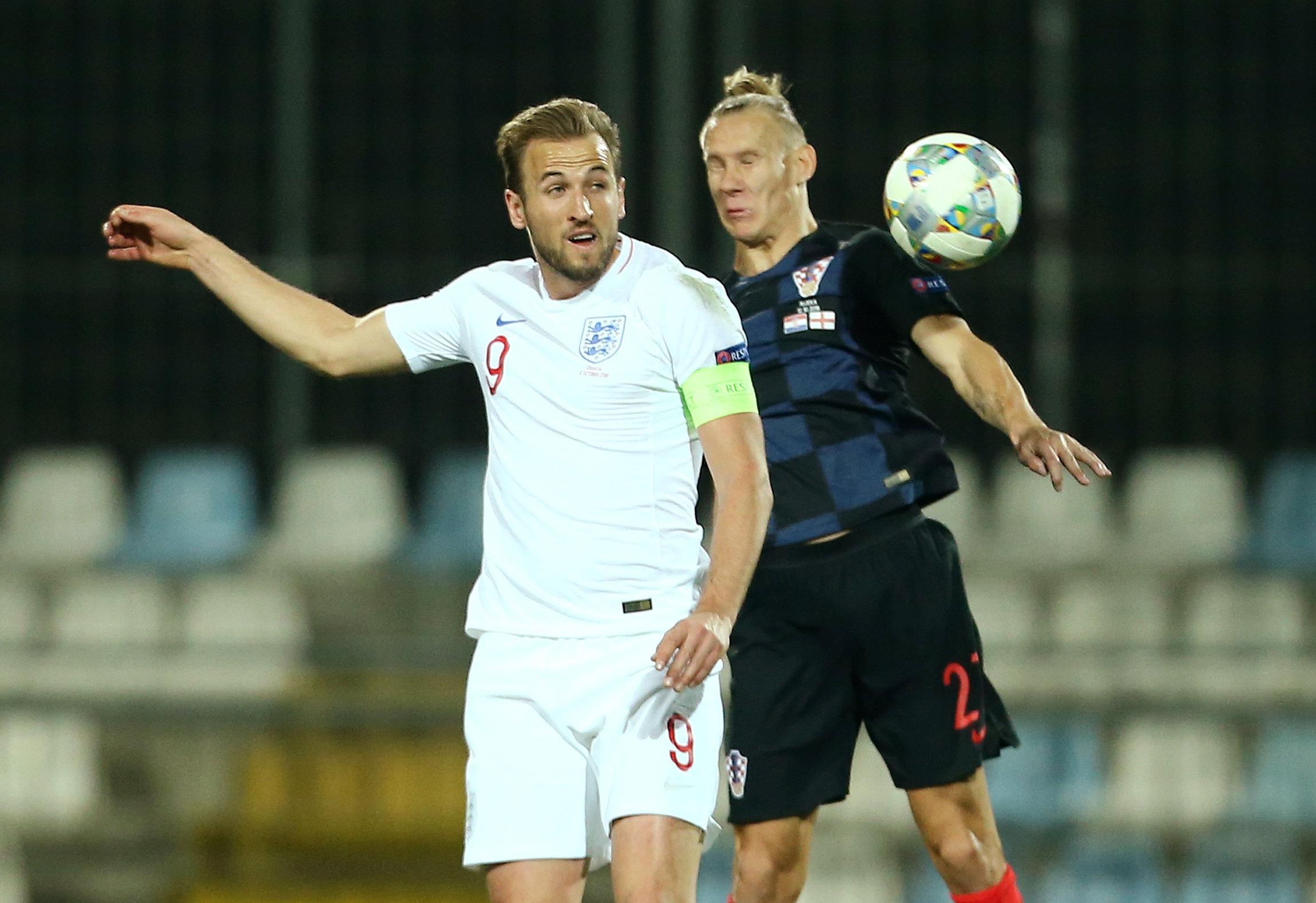 Two minutes later he was through on goal, with only the whites of the eyes of Croatia’s keeper preventing the England forward putting them in front.

He lost his composure again, allowing Livakovic to outwit him when the smart money would have had the Manchester United striker down to score.

The ruthless finishers punish teams, making the difference at the very highest level away by punishing teams with presents like that.

He was not alone. 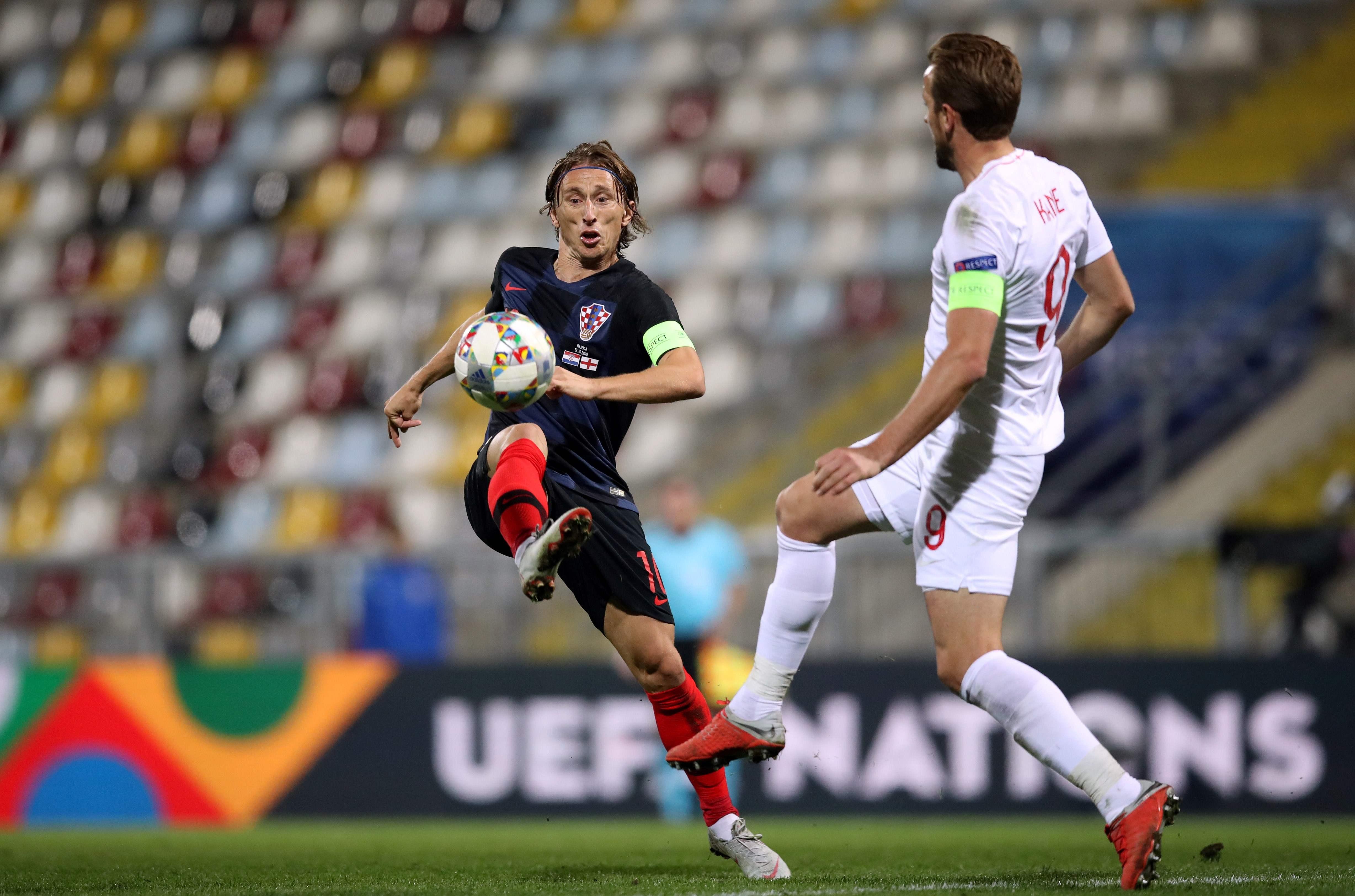 Harry Kane was subdued again, smacking the crossbar when he met Jordan Henderson’s set-piece in the second half with a header.

They had hit the frame of Livakovic’s goal in the opening 45, with Eric Dier meeting Henderson’s corner with a near post flick.

Given the circumstances, it was an acceptable England performance.

They will travel to Spain without the services of Henderson and John Stones, with the pair of them booked for crunching challenges. 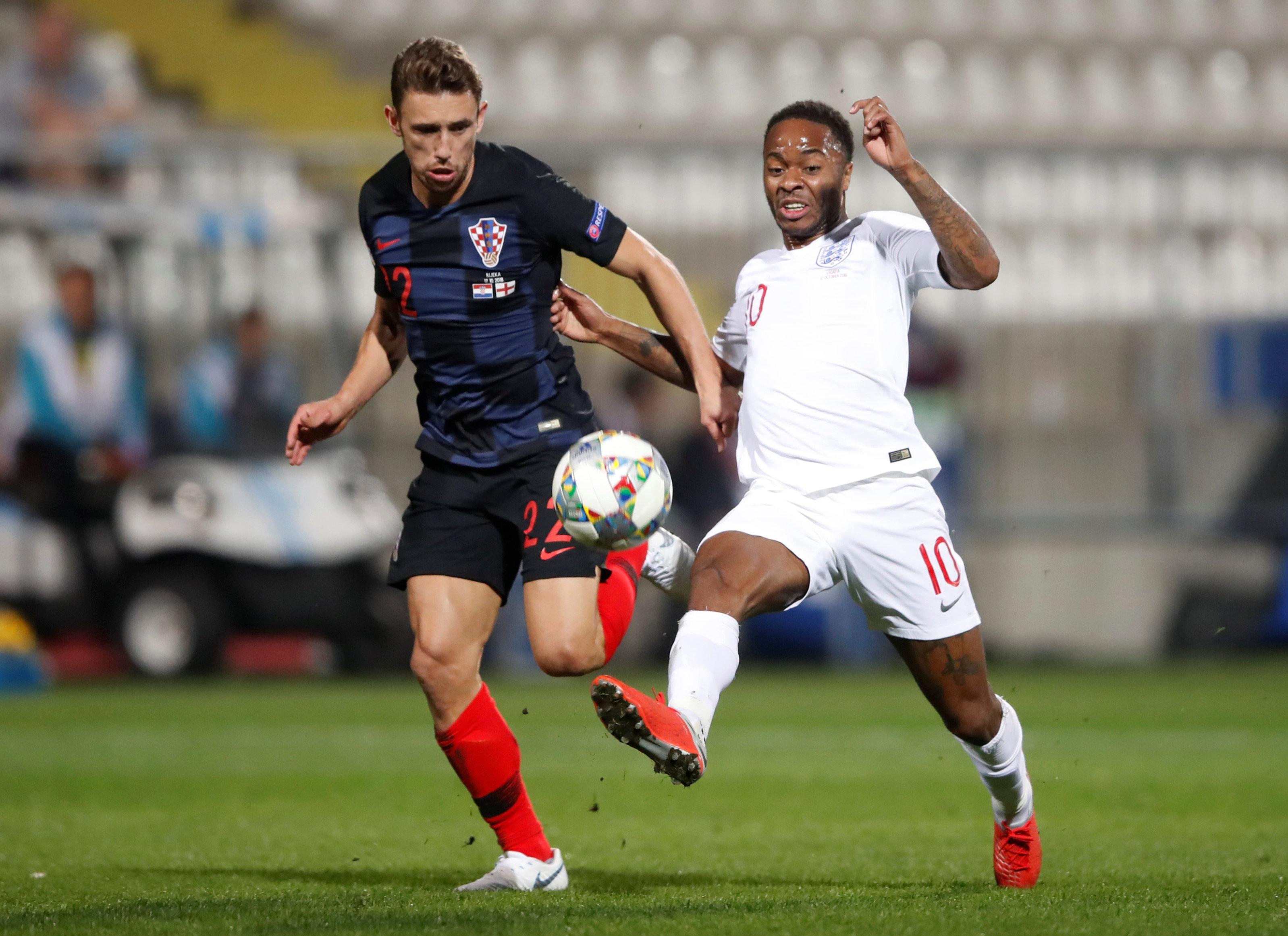 These two will be a big miss in Seville.

They are maturing, with Henderson the engine room in the centre of midfield and Stones the soothing, natural ball player in behind him.

Keeping Spain quiet without those two knocking around will be a tough gig.

They have the night off now.

Here they were two of England’s better players in an awkward, uncomfortable setting for any top level fixture.

Every instruction, every scream, every shout, could be heard 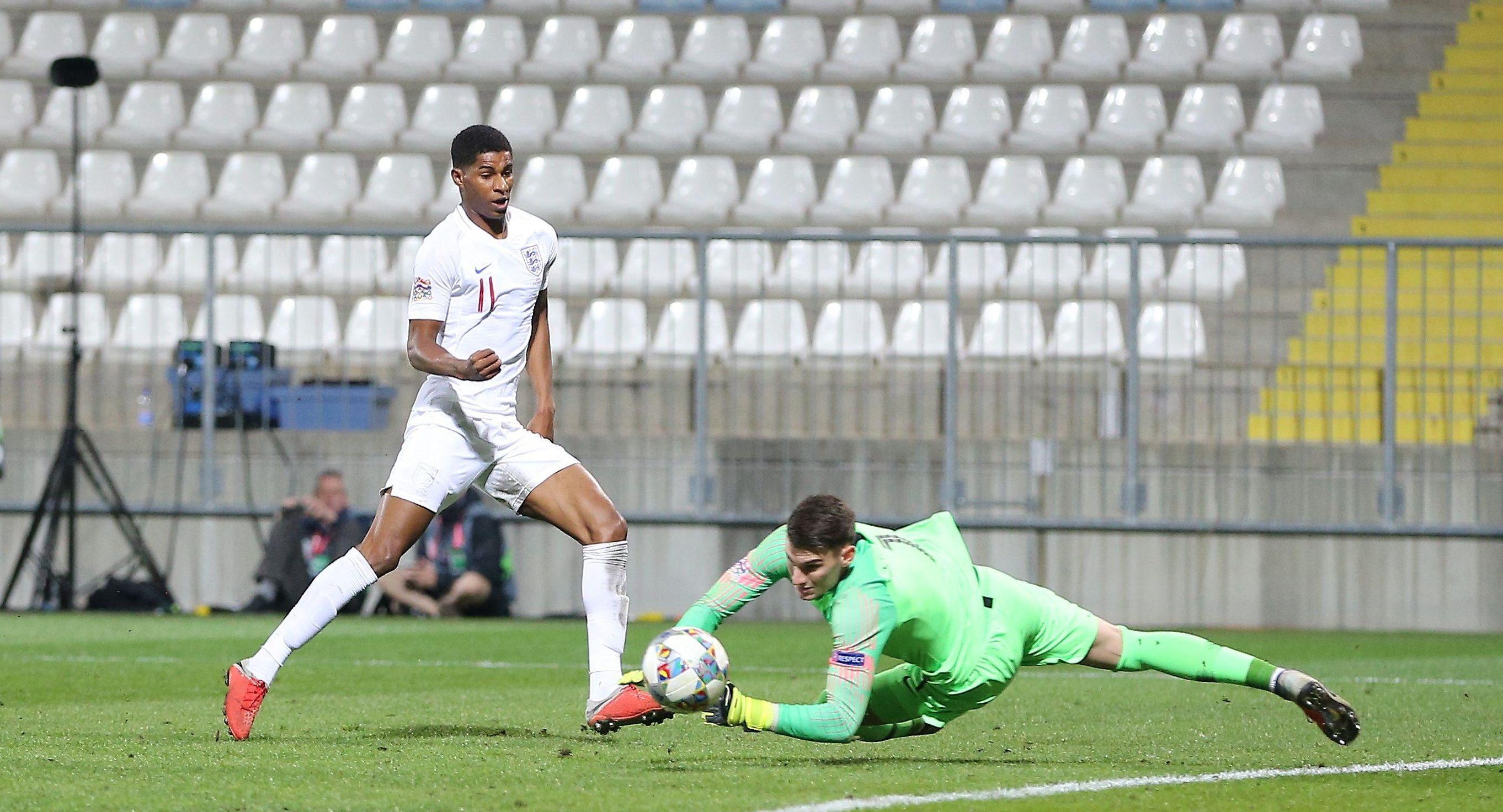 There was Henderson turning to Croatia coach Zlatko Dalic in the first half to shout “are you the fucking ref?”.

Then there was the collective cry from England’s players when Sterling was chopped down by Dejan Lovren the final few seconds of the first half. For that, Lovren was booked.

England had a couple of sniffs in the opening 45, with Dier’s glancing header the best of them after meeting Henderson’s corner at the near post.

It was enough to outwit Croatia keeper’s, but the England midfielder’s clever header shaved the outside of the far post.

Beyond that there was Chilwell, trying to cross for Sterling arriving inside the six yard box to end his three year wait for an England goal.

Chilwell could not find him, with Croatia defender Josip Pivaric stretching out his leg to prevent Sterling making a connection. 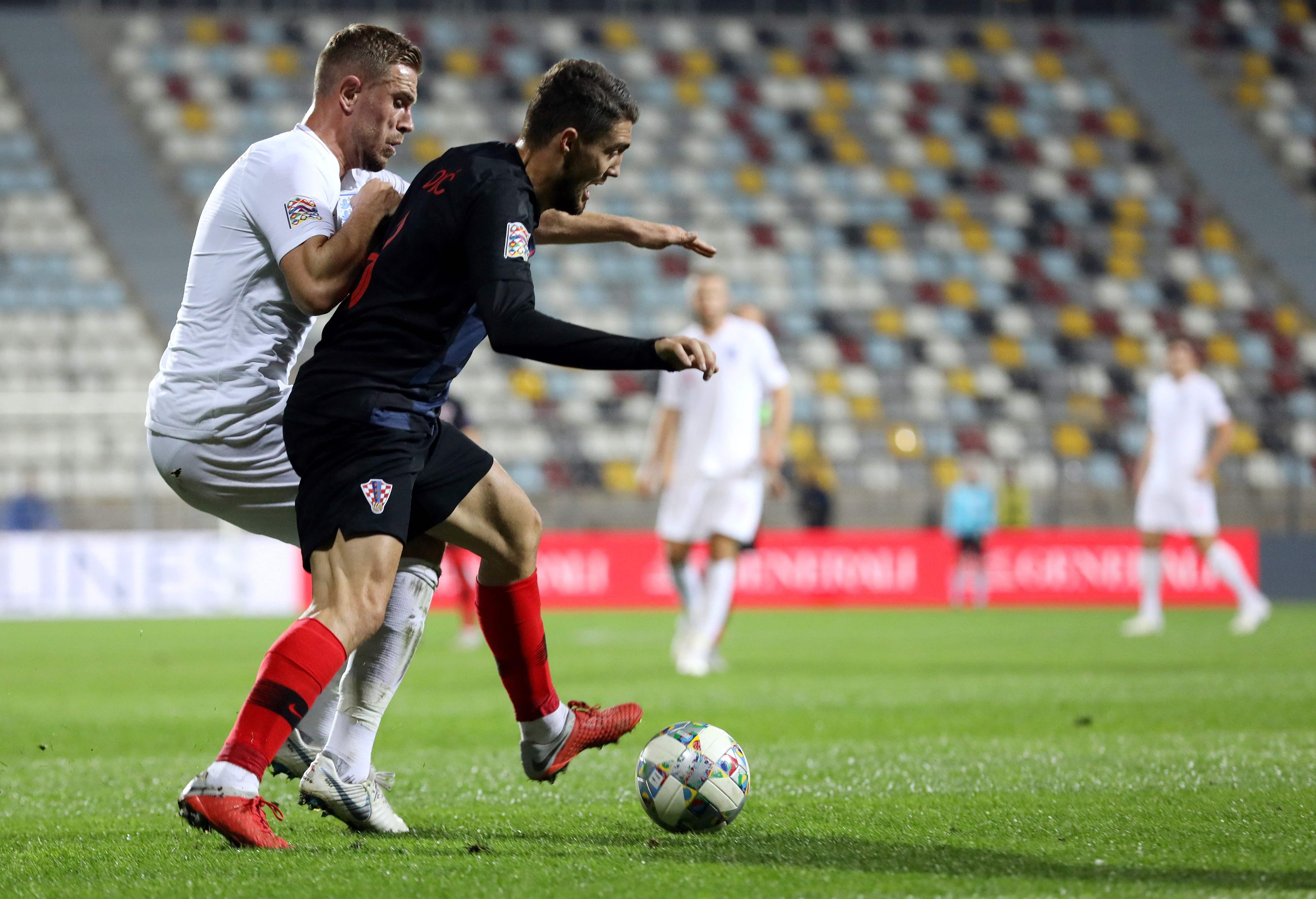 This was a measured England performance without the bells and whistles of that compelling run to the World Cup semi-final.

Croatia eventually over-ran them in Moscow, taking control inside the Luzhniki Stadium with a relentless attacking performance in the second half.

Here they were more restrained, still coming to terms with an empty home stadium and their 6-0 thumping by Spain in last month’s Nations League clash.

They were miles off their best, a long way short of the side who pumped England in that semi-final when Mario Mandzukic scored their extra-time winner.

They sent Croatians into overdrive with that stunning win, but this was another world away after playing 90 minutes without a single fan inside the stadium.

After watching this, it can never happen again. 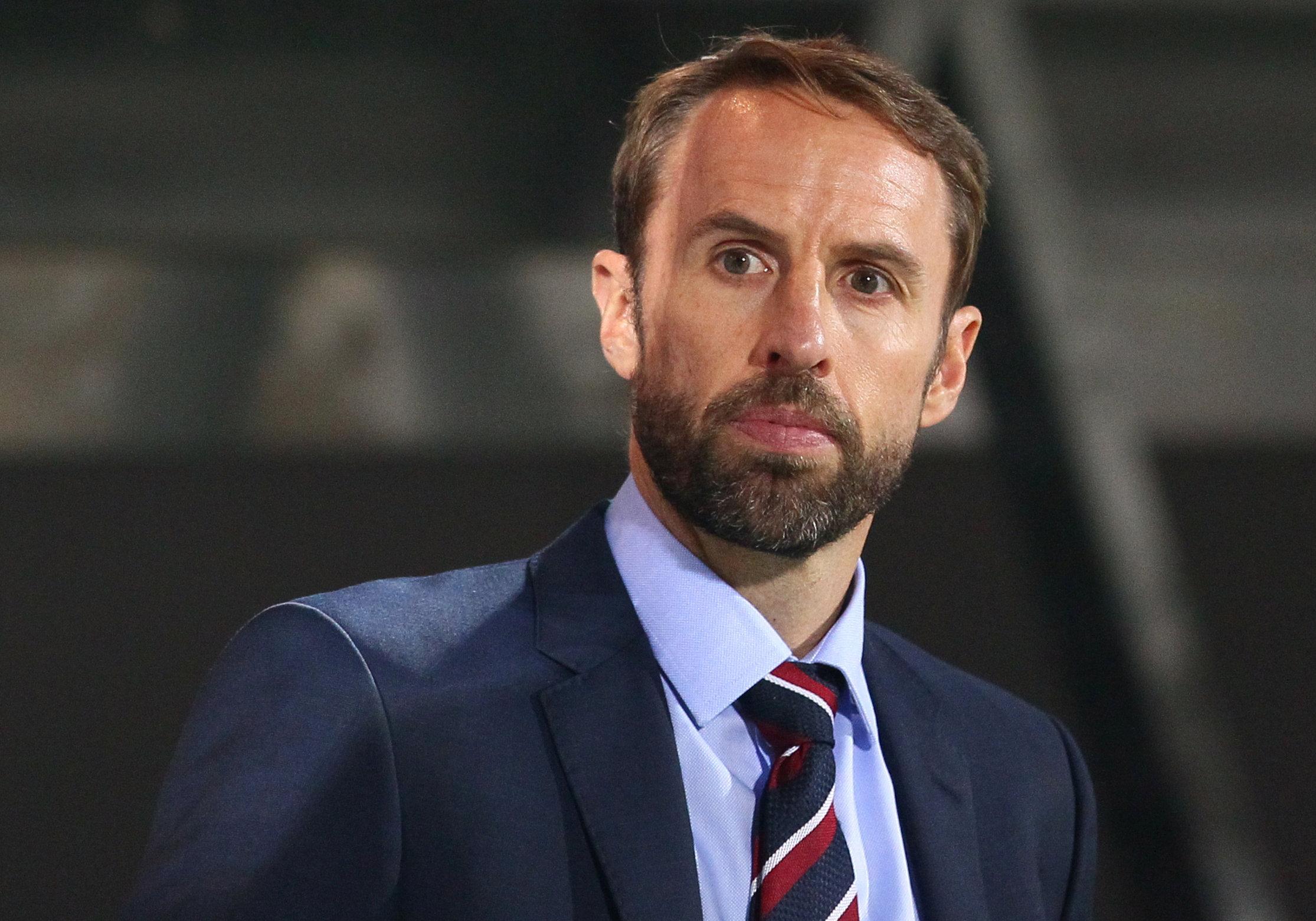 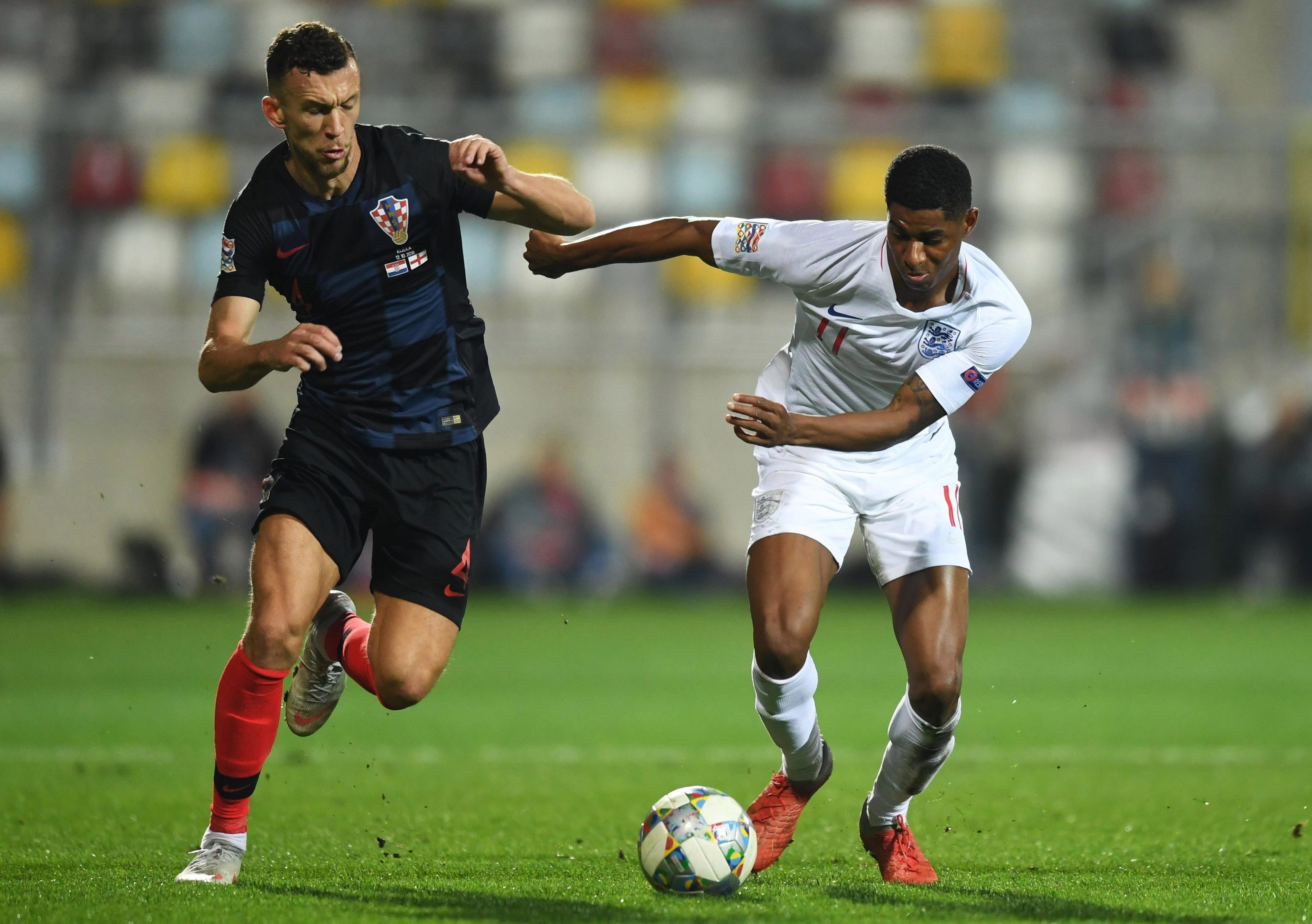 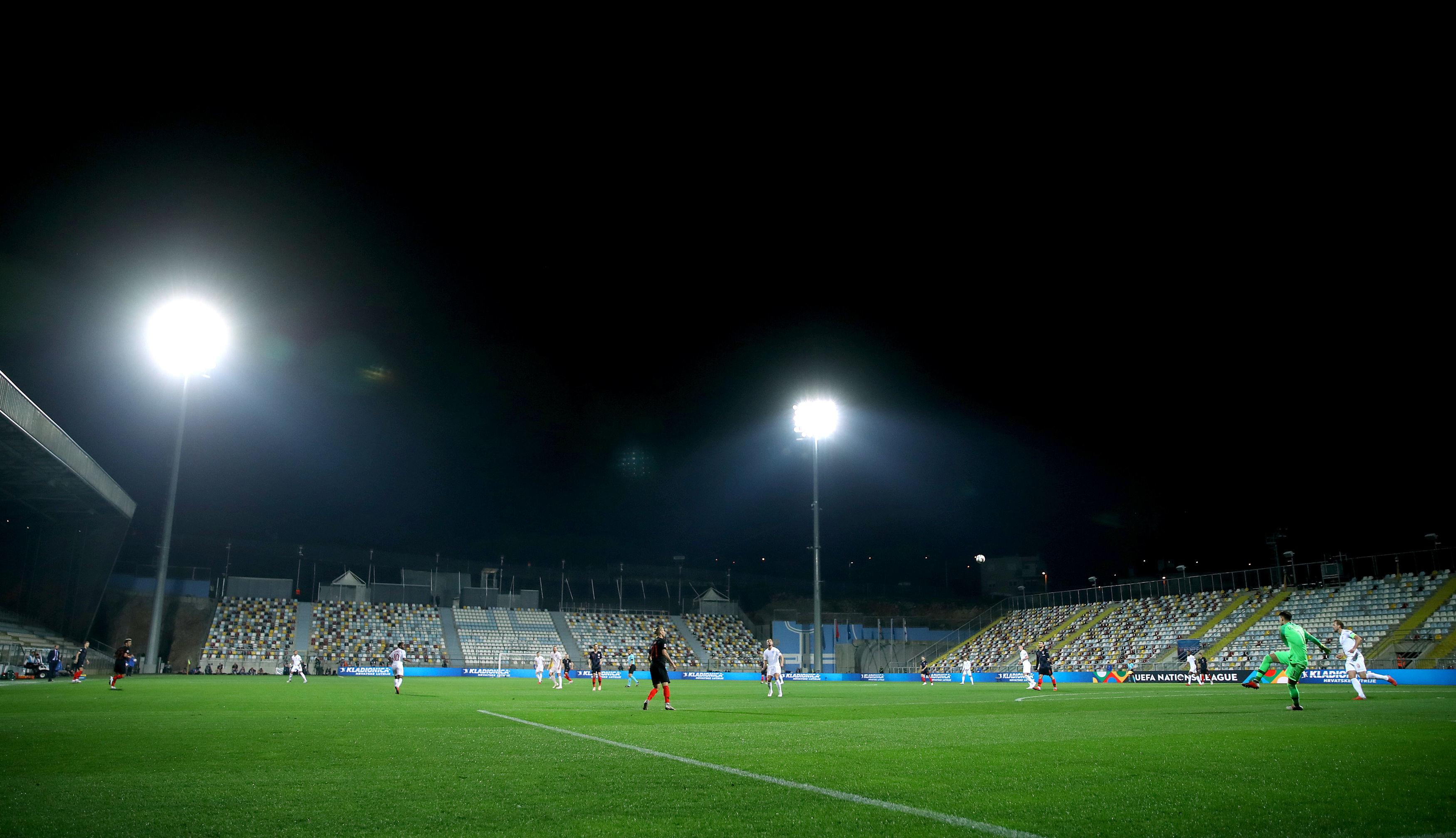