RYAN GIGGS has picked his ultimate Manchester United six-a-side team – with Cristiano Ronaldo dubbed the best player he ever shared a pitch with.

The Welshman had a glittering playing career at Old Trafford, winning 13 Premier League titles and two Champions Leagues over a successful 24-year period. 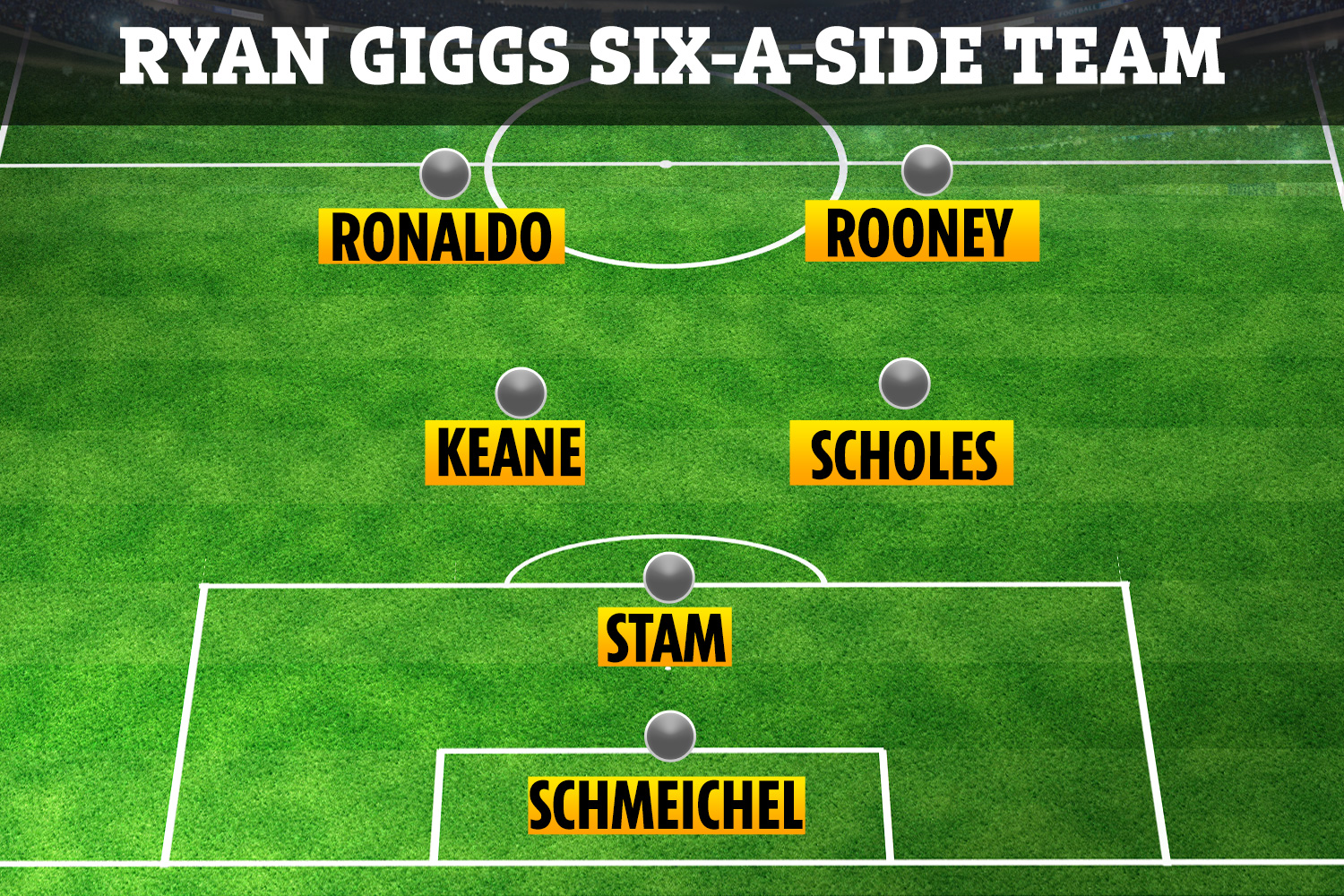 Despite that, there was no room for himself in his own team, with Class of 92 pals David Beckham and Gary Neville – as well as Eric Cantona – snubbed.

The Wales boss said: "Schmeichel would be the goalkeeper, Jaap would be the whole back four, Keaney, then the rest are going to be forward players. Scholesy, Ronaldo and Rooney."

Despite being the club's most decorated footballer, Giggs opted for Scholes and Ronaldo as his best-ever Old Trafford stars.