CRISTIANO RONALDO paid tribute to his baby son after scoring his 100th Premier League goal on his return to action with Manchester United.

The Portuguese forward missed Tuesday's trip to Anfield after the tragic passing of his baby boy. 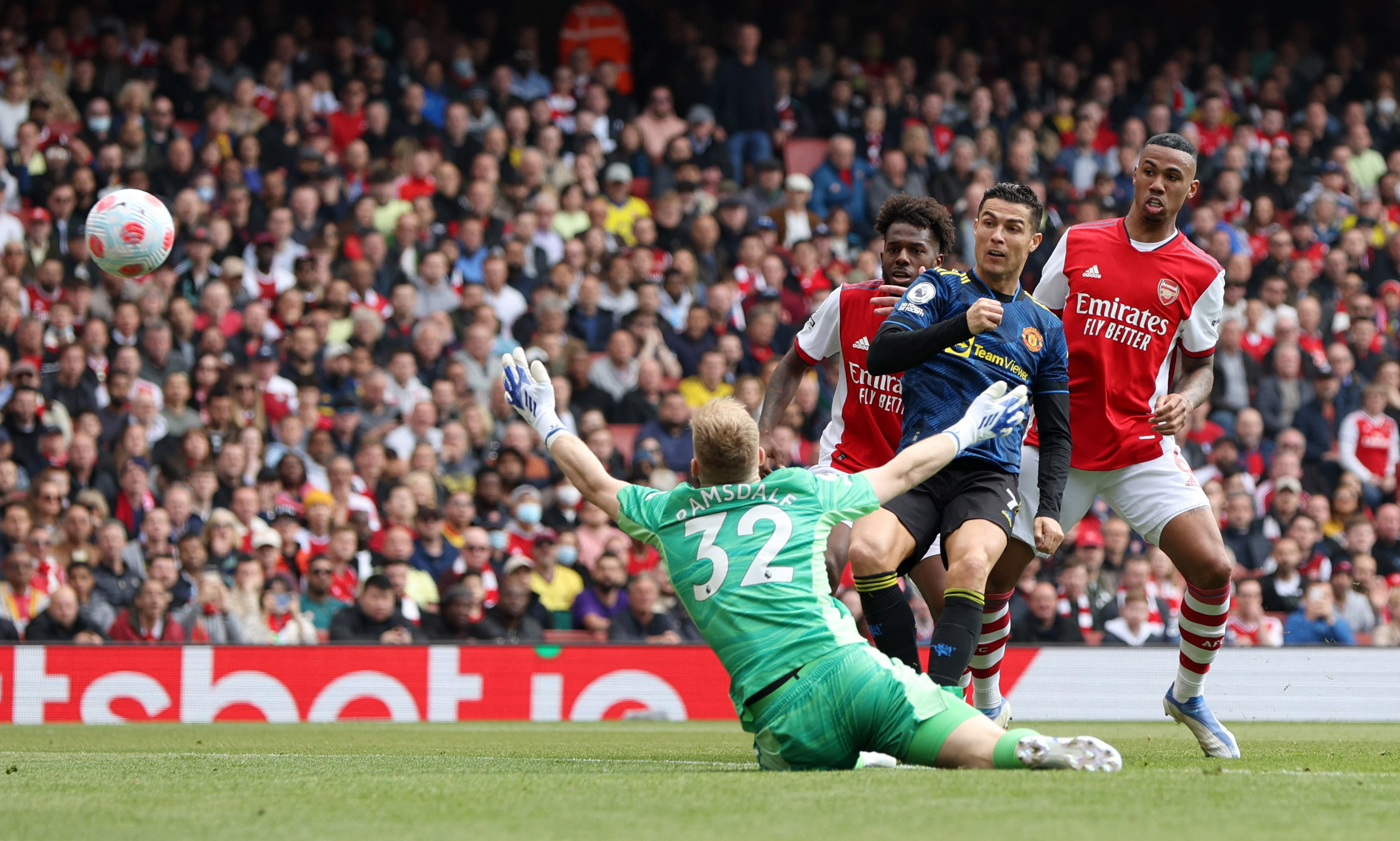 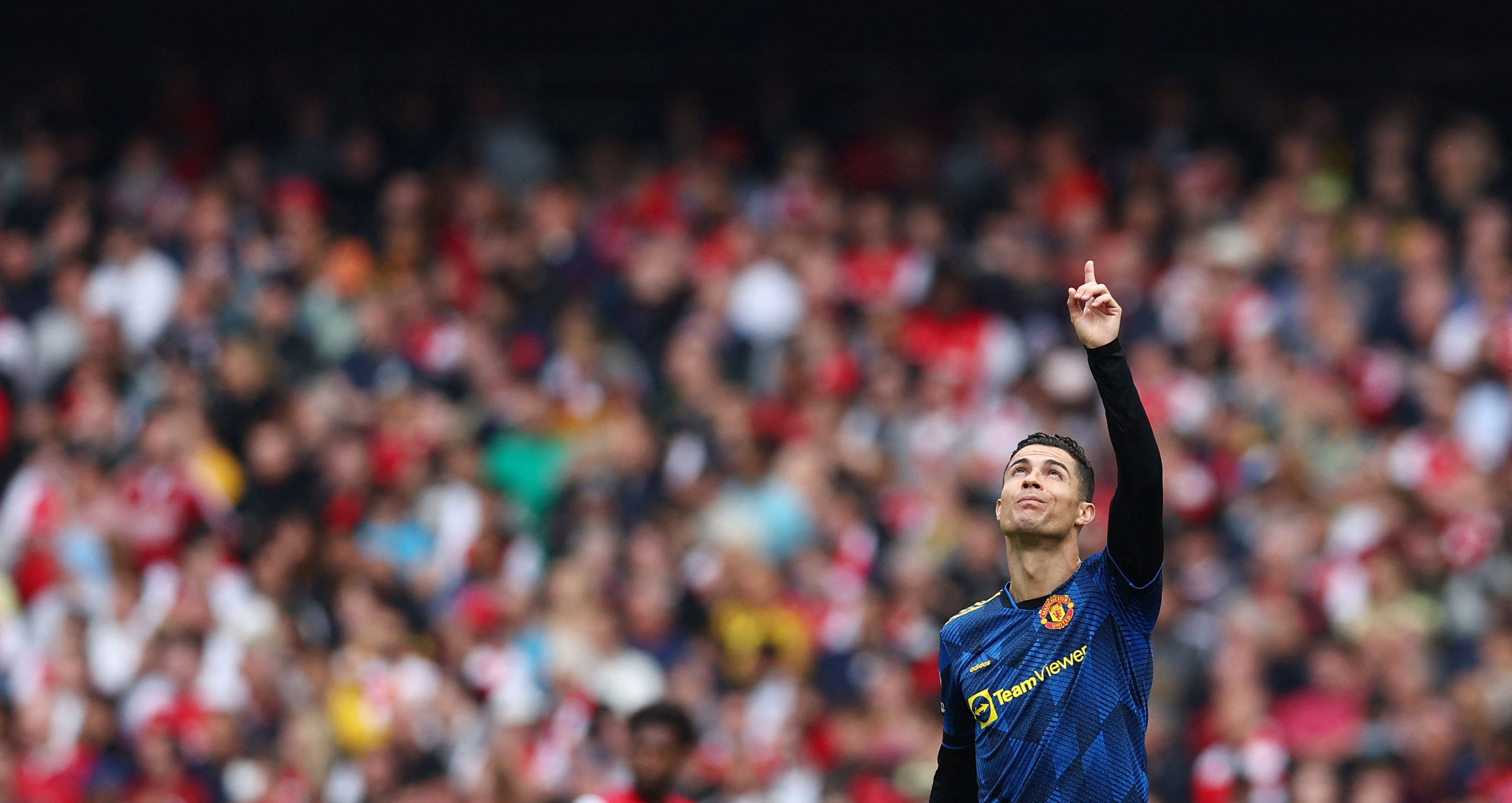 Ronaldo, 37, subsequently returned to training at Carrington and was selected to start against Arsenal today by manager Ralf Rangnick.

The Gunners got off to a perfect start, racing into a 2-0 lead amid some controversial officiating.

But Ronaldo soon produced a trademark clinical finish to drag his side back into the game.

Man United's No7 was on hand to convert Nemanja Matic's 34th minute cross past Aaron Ramsdale with his left foot.

He then pointed to the sky in tribute to his little boy.

Arsenal and Man United fans had come together to applaud Ronaldo in the seventh minute to show support following his tragic loss.

The five-time Ballon d'Or winner was also the subject of applause at Anfield earlier this week, with Liverpool fans singing You'll Never Walk Alone in solidarity.

The goal was Ronaldo's 22nd of the season since rejoining the Red Devils from Juventus.

Of his strikes 16 have come in the Premier League, adding to the 84 he netted during his initial spell in England.

The-then teenage prodigy bagged a free-kick in a 3-0 victory over Portsmouth at Old Trafford.

Earlier this week, Ronaldo took to social media to thank fans for their support.

He wrote: "Now it’s time to be grateful for the life that we’ve just welcomed into this world.”

Accompanying a family picture of himself holding his newborn daughter alongside partner Georgina and his other four children, he wrote: "Home sweet home. Gio and our baby girl are finally together with us.

"We want to thank everyone for all the kind words and gestures.

"Your support is very important and we all felt the love and respect that you have for our family.

“Now it’s time to be grateful for the life that we’ve just welcomed into this world.” 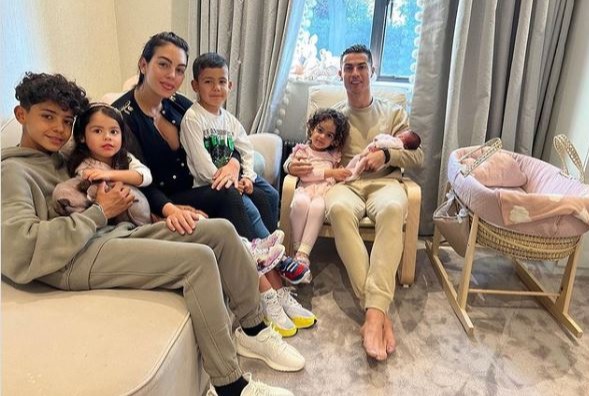 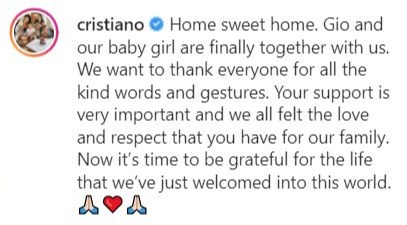