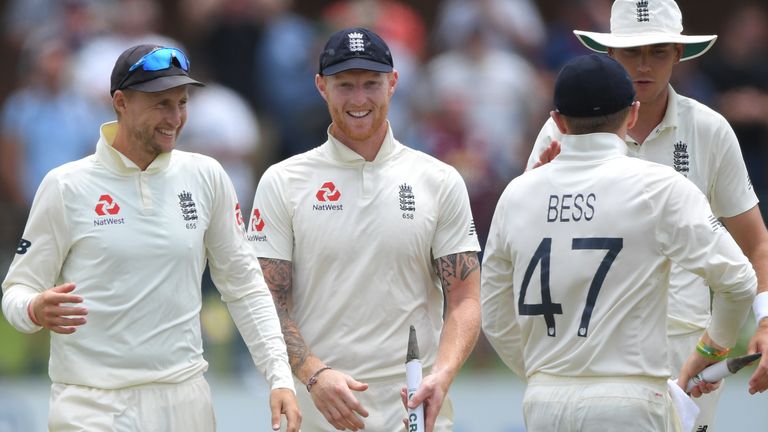 Sir Andrew Strauss says cricketers will be “itching” to return to the field from the sport’s enforced break, but believes they could benefit from freeing themselves from the stresses of the game.

All cricket in England has been postponed until July 1 at the earliest by the England and Wales Cricket Board (ECB) due to the coronavirus pandemic.

It means England’s series against the West Indies and the Vitality Blast will have to be rearranged, while at least nine rounds of the County Championship season will be lost.

But Strauss, who chairs the ECB’s cricket committee, says international players in particular could find a way to take positives from the situation.

He told Sky Sports News: “The reality is, there are privileges and penalties. The privileges are that they’re getting some much-needed time at home.

“The international schedule is so busy there days, so to be able to chill out at home, be with the family, take your mind off cricket – that’s fantastic. 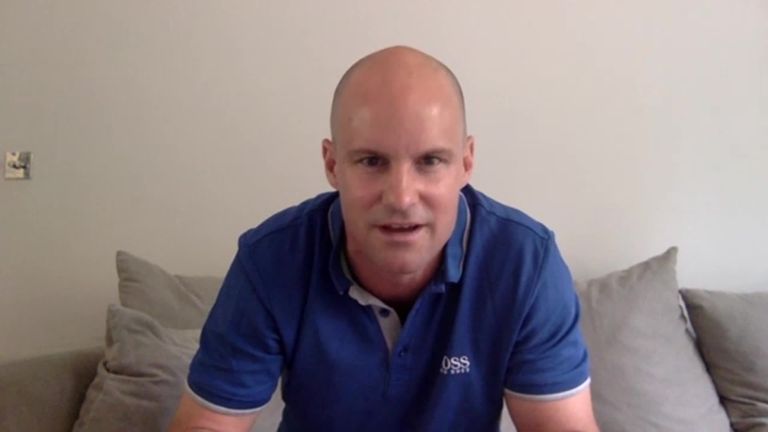 “But then they’re also itching to go. It feels like the right time of year to be playing cricket. They’re just waiting for the ECB and the Government to give them the go-ahead.

“There’s a level of stress there that you don’t even realise you have, but you carry it around with you everywhere you go.

“So this elongated break just allows players to freshen up and do a bit of strength and conditioning.

“It means when they get back on the pitch, they’re going to feel fresh, motivated, hungry. Often those are the conditions to going on a period of really good form.”

But when cricket does return, Strauss believes it will be a positive for the nation as a whole, not just the sport.

The former England captain said: “The country needs some good news. Obviously it has to be safe – that goes without saying. The players have got to feel like they’re not putting themselves in harm’s way.

“We want to see the country getting back on its feet.”

Famous faces take on the #rsf26challenge

During cricket’s shutdown, Strauss is busy raising money for the Ruth Strauss Foundation, which funds research into rare lung cancers and provides support to sufferers and their families. 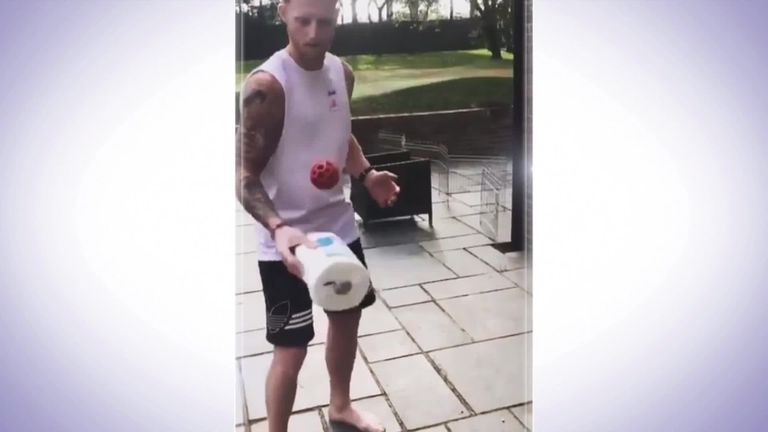 Famous sporting faces, including Ben Stokes and Ian Poulter, have donated and taken part in the #rsf26challenge, where people have to keep a ball up 26 times with an object of their choice.

Strauss has also arranged a live fundraiser, telling Sky Sports News: “We’ve got a YouTube family fitness show, with a load of sporting legends helping out.

“We’ve got Jamie Redknapp, Freddie Flintoff, Kevin Pietersen, Tim Henman, Will Greenwood, David Haye. Piers Morgan is presenting the show, which gives you a bit of an indication that it’s not going to be massively high tempo!

“It’s going to be a bit of fun. What we’re hoping for is that people tune into the Ruth Strauss Foundation YouTube channel, get stuck in, go through the fitness segment with us – it’s only 26 minutes – and then there’ll be ways to donate during that show.