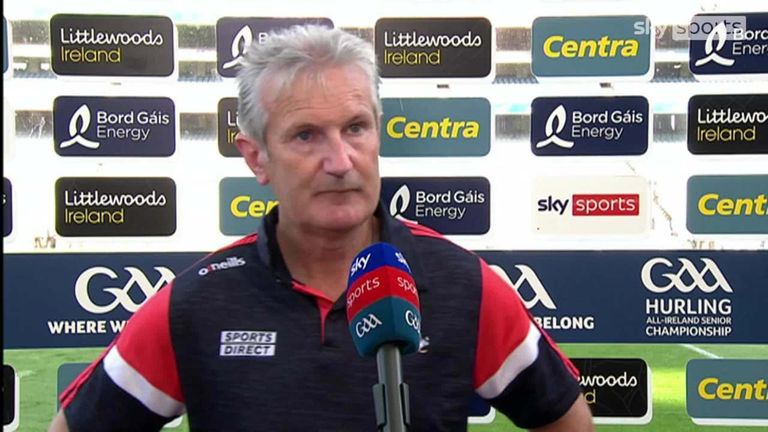 Kieran Kingston cut an elated figure at full-time, and joked that he should drop his son more often.

Despite scoring goals against Limerick, Clare and Dublin, Shane Kingston was replaced in the starting team by Shane Barrett for the All-Ireland semi-final.

The Douglas man had a point to prove when introduced in the 42nd minute, and he made a thunderous statement to his father, hitting 0-7 and winning the man of the match award.

“Maybe I need to drop him more often!” laughed the Cork manager, speaking to Sky Sports.

“He responded today. He was great. It was great to see that.

“But I’m delighted for the group. It’s not about man of the match awards. I’m thrilled for him and the group.” 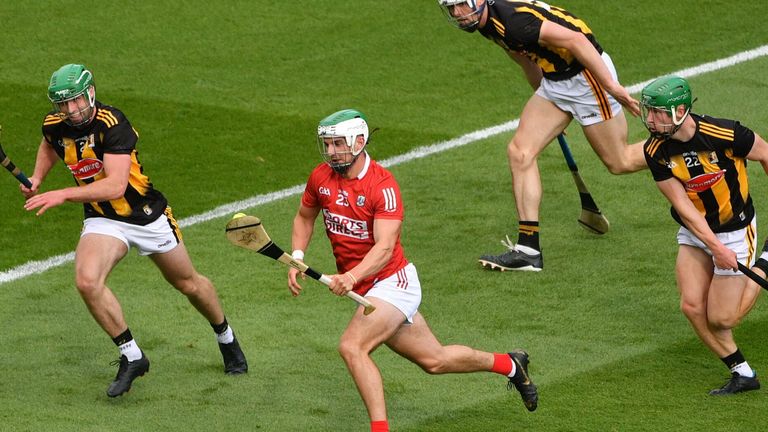 The Tracton man was thrilled with his side’s character, as they recovered from a four-point deficit in the second half, and bounced back after Adrian Mullen’s dramatic injury-time goal to force extra-time.

“We went from four points down to six points up, it looked like we were cruising. And then suddenly we got hit by a sucker-punch and it went to extra-time. Your third game in 15 days and it was heading to extra-time,” he outlined.

“But we had great faith in the lads, we had great faith in the honesty of them. And to turn around and go from that merry-go-around to still win by five. There was so, so much character that they showed. And people don’t realise the character and the honesty in that group. I’ve said it many times, I said it before the game that this crew has real honesty. They love representing Cork and the jersey, and they showed that again today.” 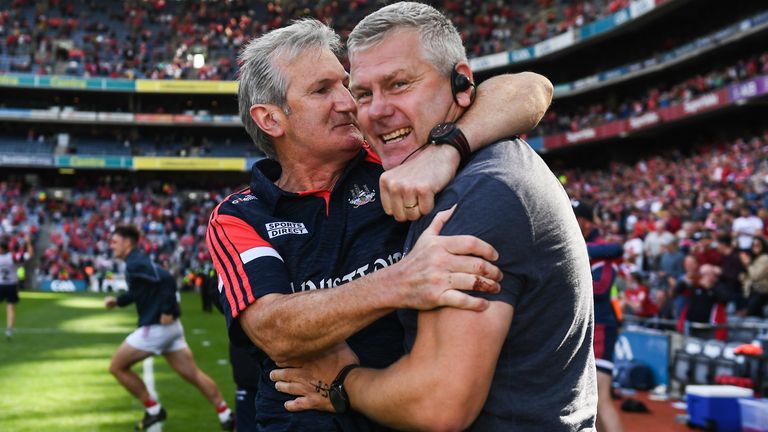 So what was the message to the players after the 70 minutes, when they had seemingly allowed victory to slip from their grasp?

“I’ll be honest. It was ‘lads, we trust you’. We made no changes. We trusted the team that finished the game,” Kingston explained.

“We made a few [changes] down the stretch when lads ran out of steam. And we just kept doing what we were doing. We got hit by a sucker-punch, so be it. This was Kilkenny in an All-Ireland semi-final. They don’t lose too many of them. We haven’t beaten them up here (Croke Park) since 2004. So we knew that they were going to keep coming at us.

“I think our bench worked really well for us today, in normal time and extra-time. We’ve a really strong bench, I think that brought us home today. That was important, we had guys falling there. It was our third game in 15 days. We were going to be challenged.

“That was very important to us as well.” 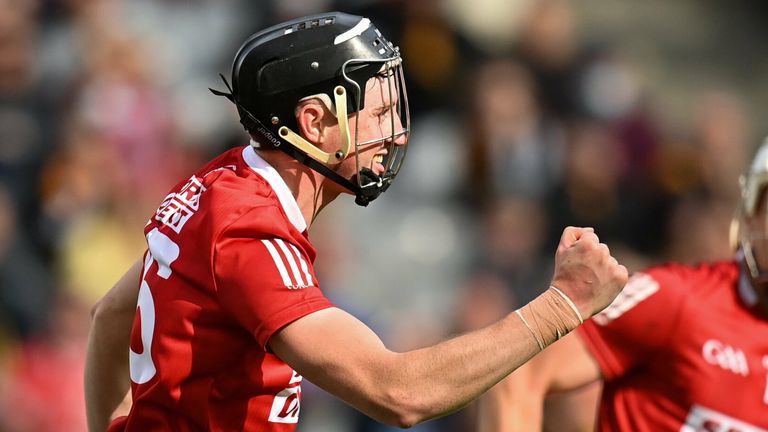 Next up is Limerick in the All-Ireland final, as the Rebels hunt their first Liam MacCarthy Cup title since 2005.

“Today is fantastic. We’ll enjoy it. These days haven’t happened too often for us,” Kingston said.

“But we know we’ll have to park it tomorrow and look at the opposition. We’re heading in against the best team in the land.

“Somebody said their name is engraved already on the cup, and maybe it is. We know we’re going to be total underdogs. Parts of our performance today won’t be good enough against Limerick. We’re an evolving group. What we’re looking for is that honesty of effort and see where it takes us. 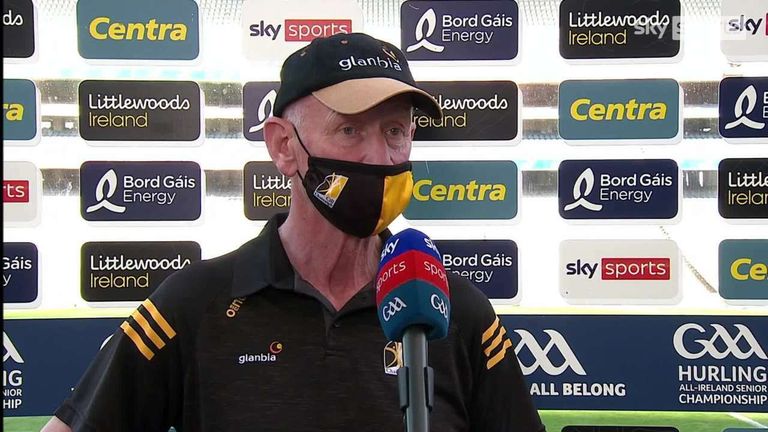 Cody proud of his side

“It was one of those games where we had chances at different times in the game, they had chances as well, it kind of ebbed and flowed a fair bit,” outlined Kilkenny boss Brian Cody.

“It obviously looked coming to the end of normal time that they were going to win it in normal time, but we scored a very good goal to bring it to extra-time. We started extra-time pretty well, as it went on then the goal was a huge score for them and they just had that breathing space and they just played it out very well after that. “

Cody was pleased with how his charges battled to the end.

“I’d be very very disappointed if it was ever any other way – that’s what real sports people do and that’s what our dressing-room is full of,” he said. “They kept at it, they kept going, they fought until the bitter end. Sport is sport, somebody always wins and somebody always loses. But you can lose badly or you can lose with a bit of respect and a bit of honour, and our lads did that today.”