CONOR McGREGOR showed off his three-year body transformation ahead of his big UFC comeback.

McGregor posted a picture on Instagram, revealing his frame in 2017 compared to currently. 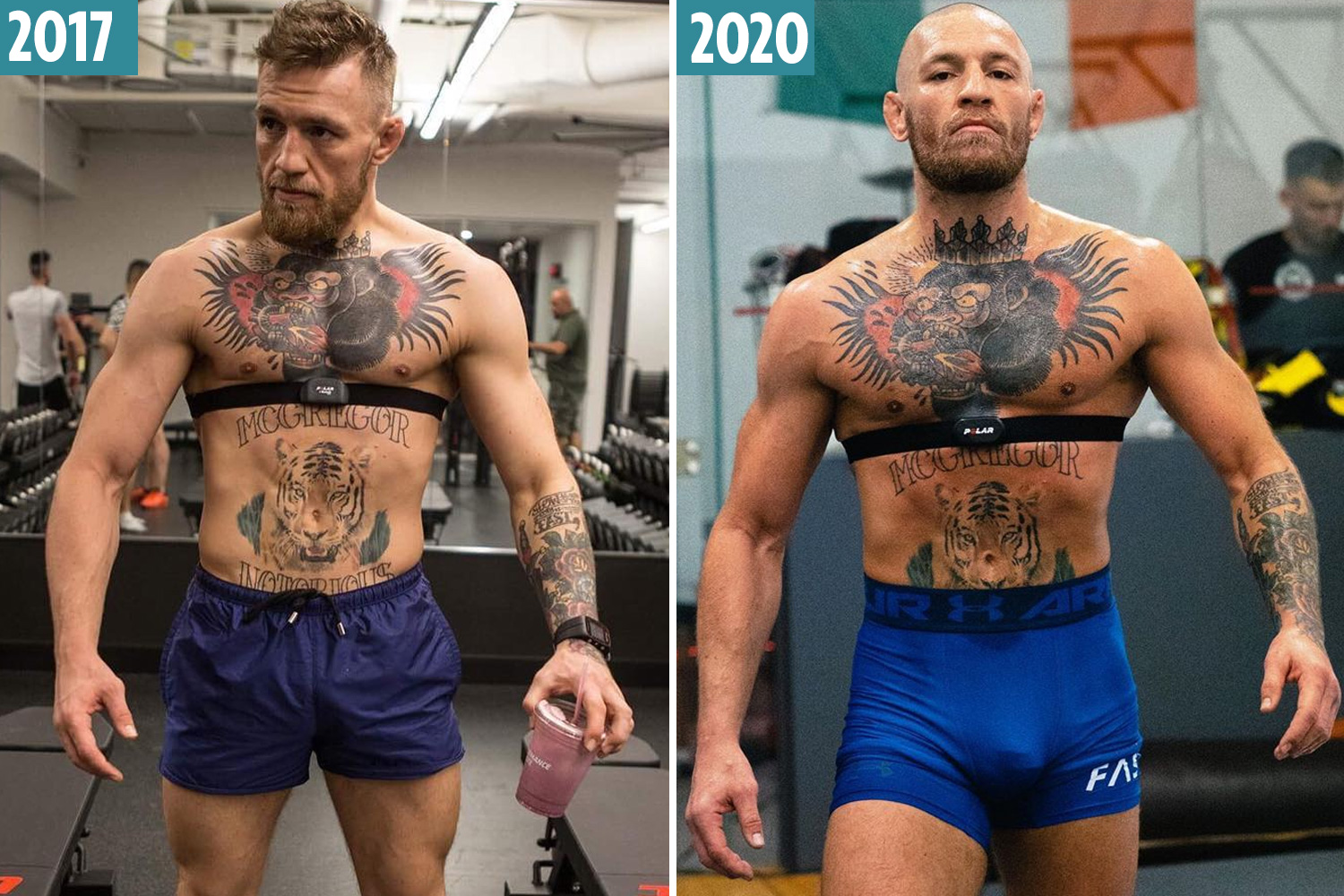 He is visibly bulkier now, which comes as he prepares to rematch Dustin Poirier, who he beat in 2014, on his UFC return.

The throwback picture the Irishman included was taken ahead of his lucrative crossover fight with Floyd Mayweather.

McGregor lost to Mayweather at 154lb which was only 1lb less than his prior fight against Eddie Alvarez, where he won the UFC lightweight belt.

The 32-year-old is now gearing up to drop back down to lightweight after he was offered a January 23 headliner against Poirier.

Despite initial suggestions that he could remain at 170lb to face Poirier, 31, UFC chief Dana White was adamant the bout had to be at lightweight, where they are both ranked.

As McGregor seems close to securing his comeback, he does so with lightweight champion Khabib Nurmagomedov possibly heading out.

Nurmagomedov, 32, announced a shock retirement this month after submitting Justin Gaethje, 31, in two rounds at UFC 254 to go 29-0.

It was the first fight since the loss of his influential father Abdulmanap, who passed away aged 57 in July after contracting coronavirus.

Retirement would mean his belt being vacated, but UFC boss White backed unbeaten Khabib to fight on, denying McGregor an immediate title shot.

Before making the decision to hang up the gloves, Nurmagomedov had revealed his father wanted him to retire unbeaten in 30 fights.