Benn and Eubank are set for a DAZN pay-per-view blockbuster on August 8 at the O2 Arena, almost 30 years after their dads' famous rematch. 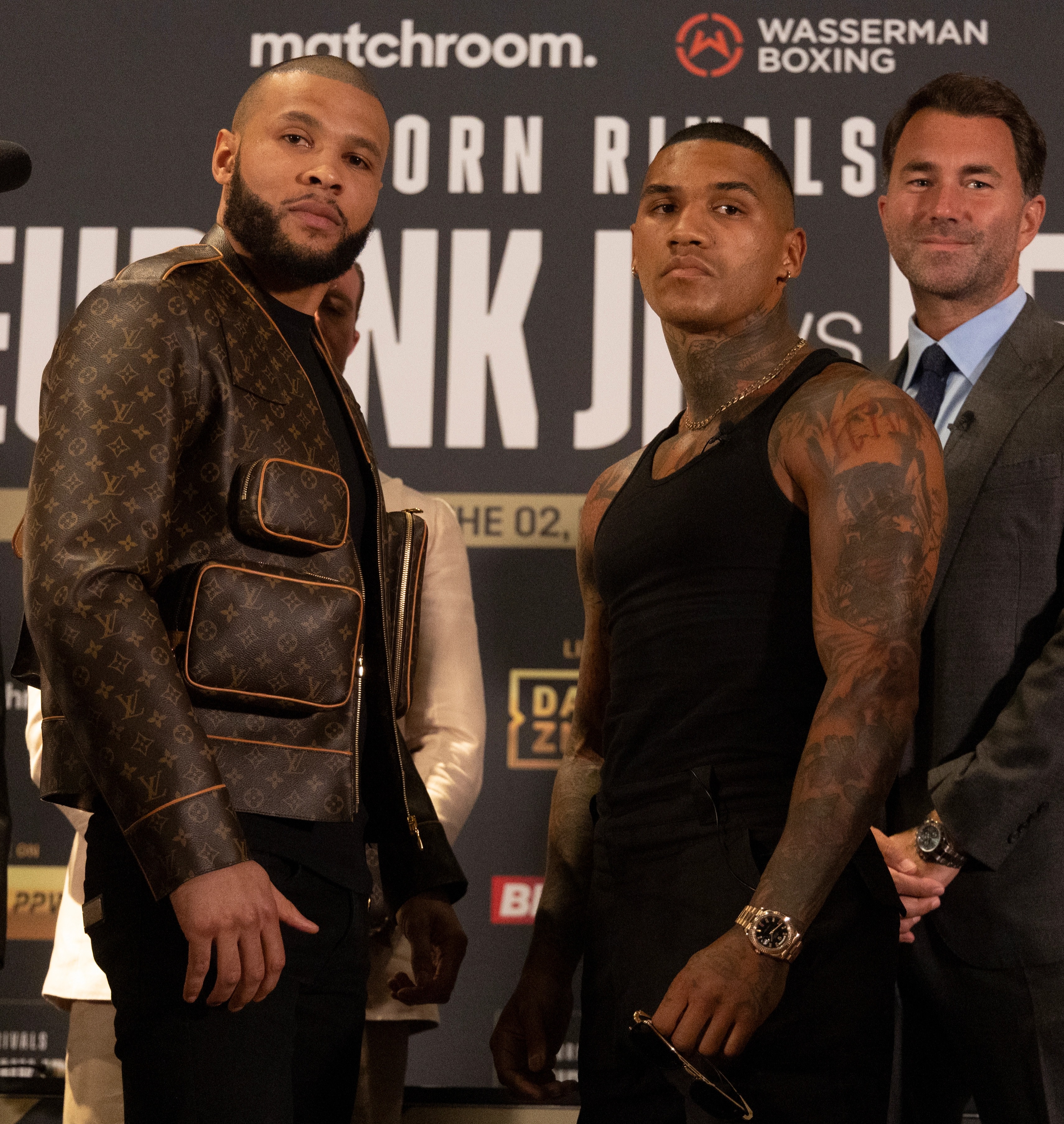 Due to their size disparity, the born rivals have agreed to meet between weight divisions.

They came face to face for the first time since the fight announcement and eyed each other on stage at the press conference.

But it left esteemed British coach Sims already questioning if Eubank Jr can shave off the additional pounds.

And that would threaten to cancel the fight for the ages due to a clause in the contract prohibiting either from weighing in at 158.5lb. 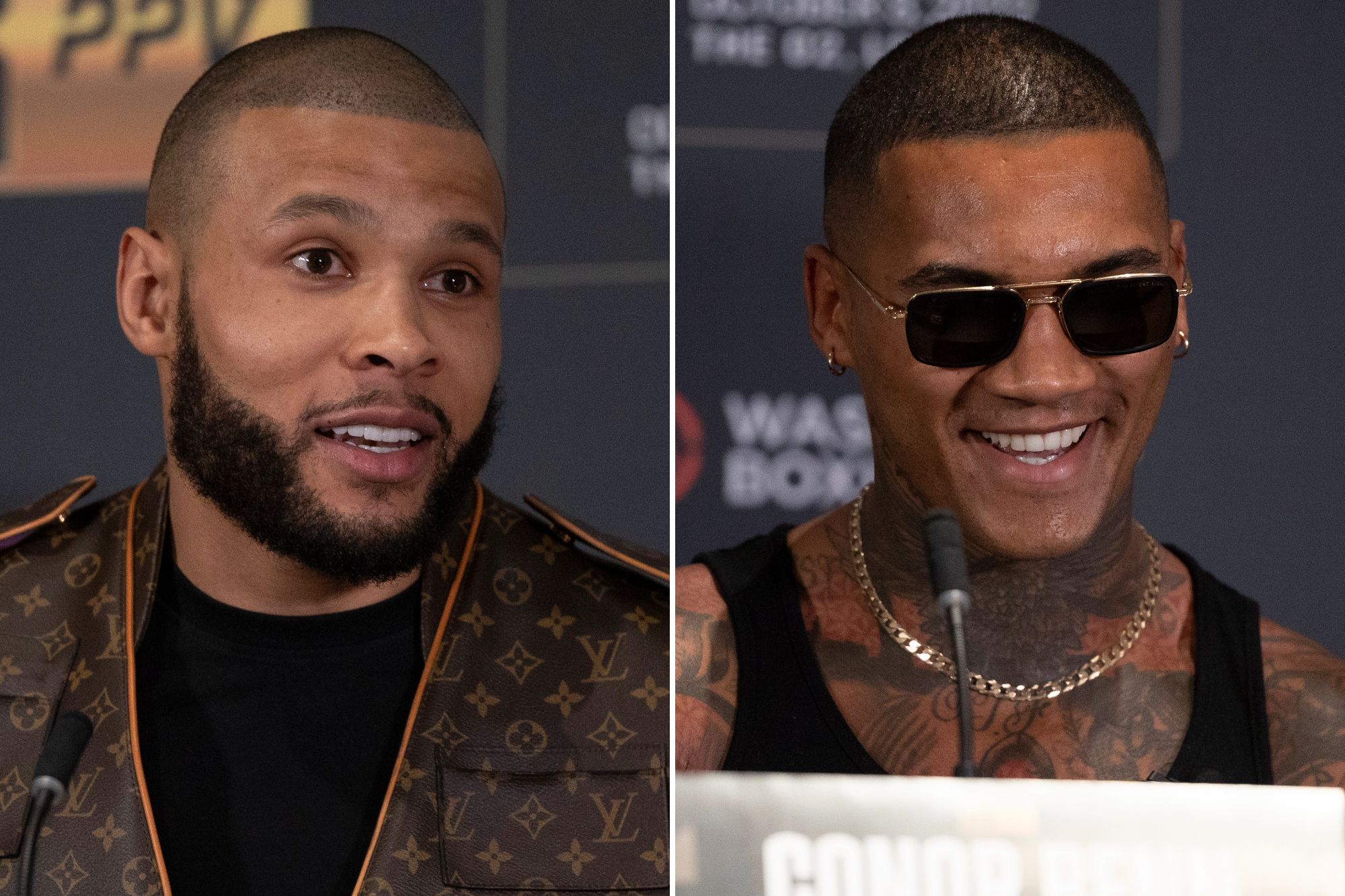 Sims told SunSport: "I'm just worried, looking at Eubank today, whether he can make the 157. He looked quite heavy.

"Let's hope that he does because there's a clause in the contract that if he goes to 158.5 then the fight could be off. 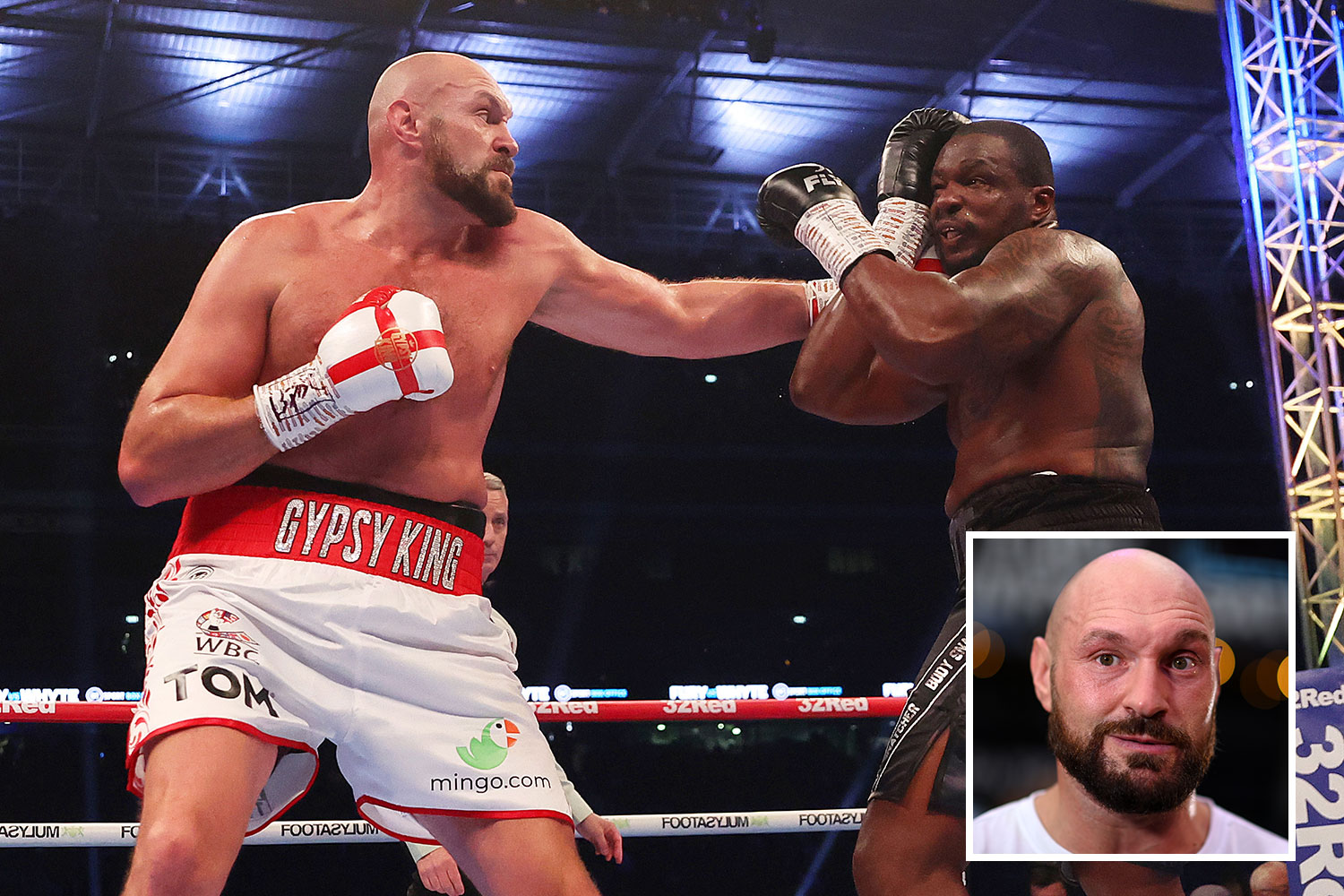 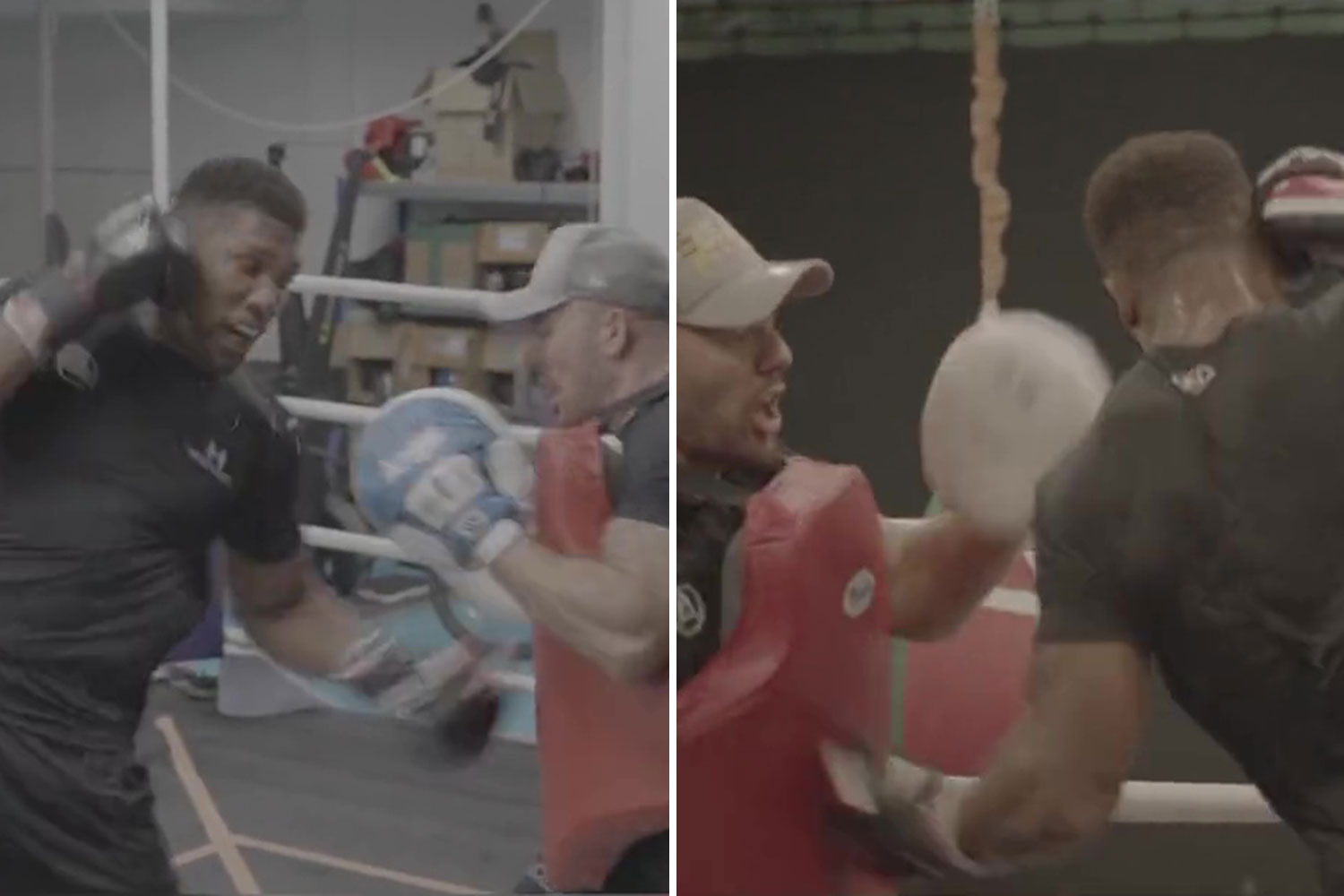 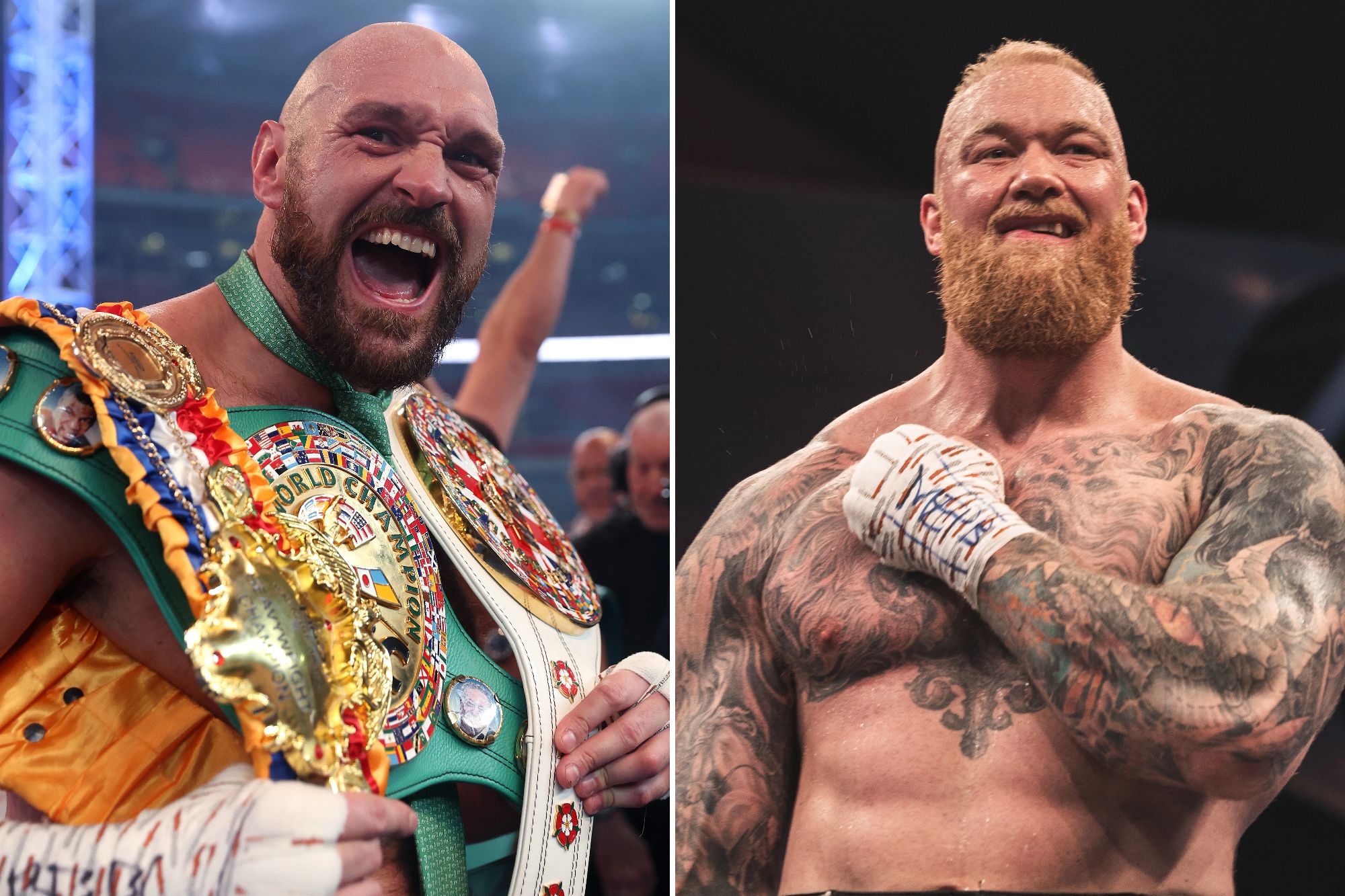 Eubank Jr, 32, on the other hand is a career middleweight at 160lb, who has even campaigned as high as 168lb.

Despite Benn needing to bulk up in size, Sims actually wants the rising prospect to weigh in UNDER the 157lb limit.

"So the fight evens out a little bit like that." 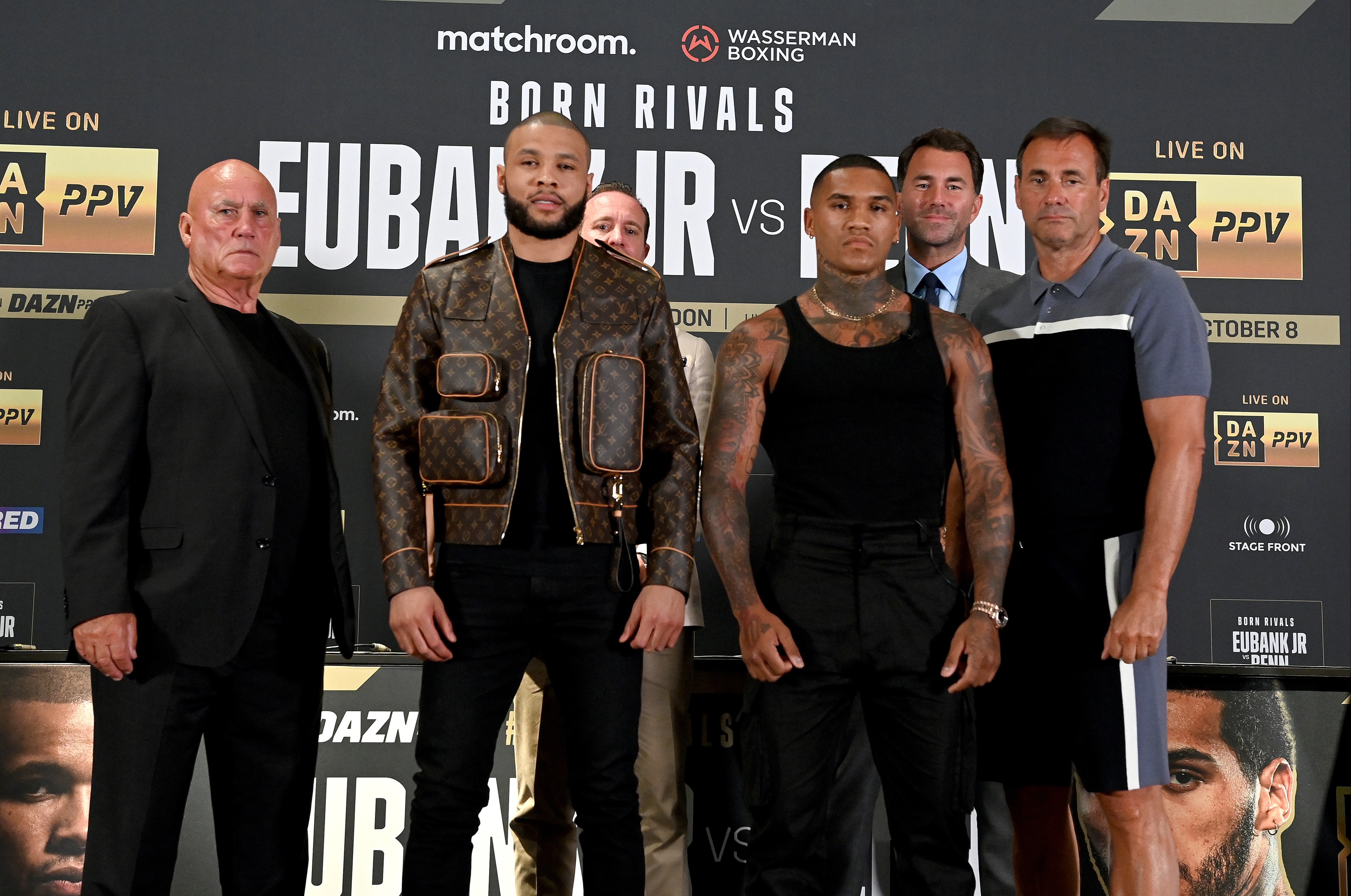