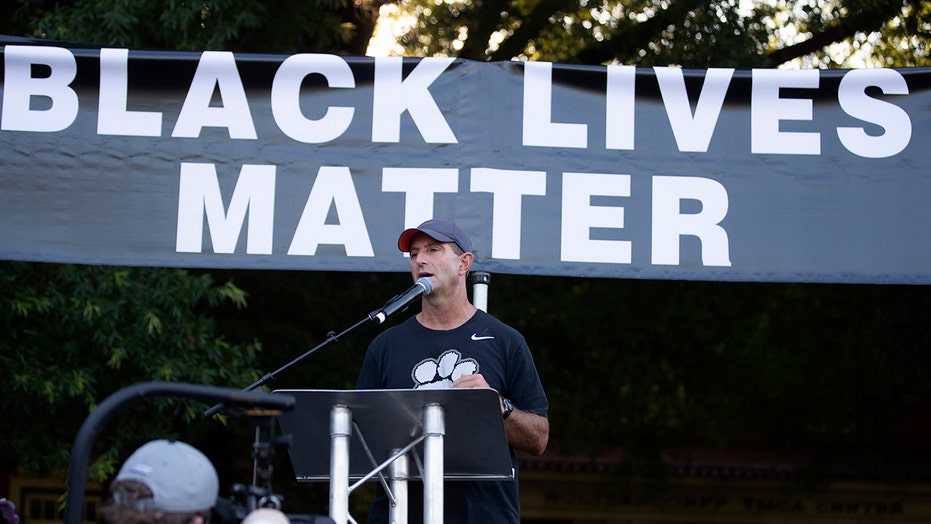 Clemson football coach Dabo Swinney said Tuesday he supported the Black Lives Matter movement but would stop short of putting any kind of political messaging on jerseys or helmets.

Swinney made his comments as the No. 2 Tigers get set to take on Virginia on Saturday.

“It's not that I'm not for the messages, but I'm a very traditional guy,” the longtime Clemson coach told reporters, according to ESPN. “I came from Alabama. It's not anything to do with the messages, I've always just not messed with uniforms. But that's all changed this year.”

Although against altering the uniforms, Swinney encouraged players to develop their own messaging using their own platform when it came to social justice issues, including making changes to the uniform. However, if players were going to alter their game day jerseys then they all must agree on the message.

While for some, Black Lives Matter represents something different than just support for Black people, Swinney said it was important to differentiate the message with the organization.