EX-GUNNER Sokratis was consoled by Pierre-Emerick Aubameyang, Gabriel Martinelli and Kieran Tierney after Olympiacos were knocked out of Europe.

The Greek outfit beat Arsenal 1-0 at the Emirates on Thursday, but crashed out of the Europa League after losing 3-2 on aggregate. 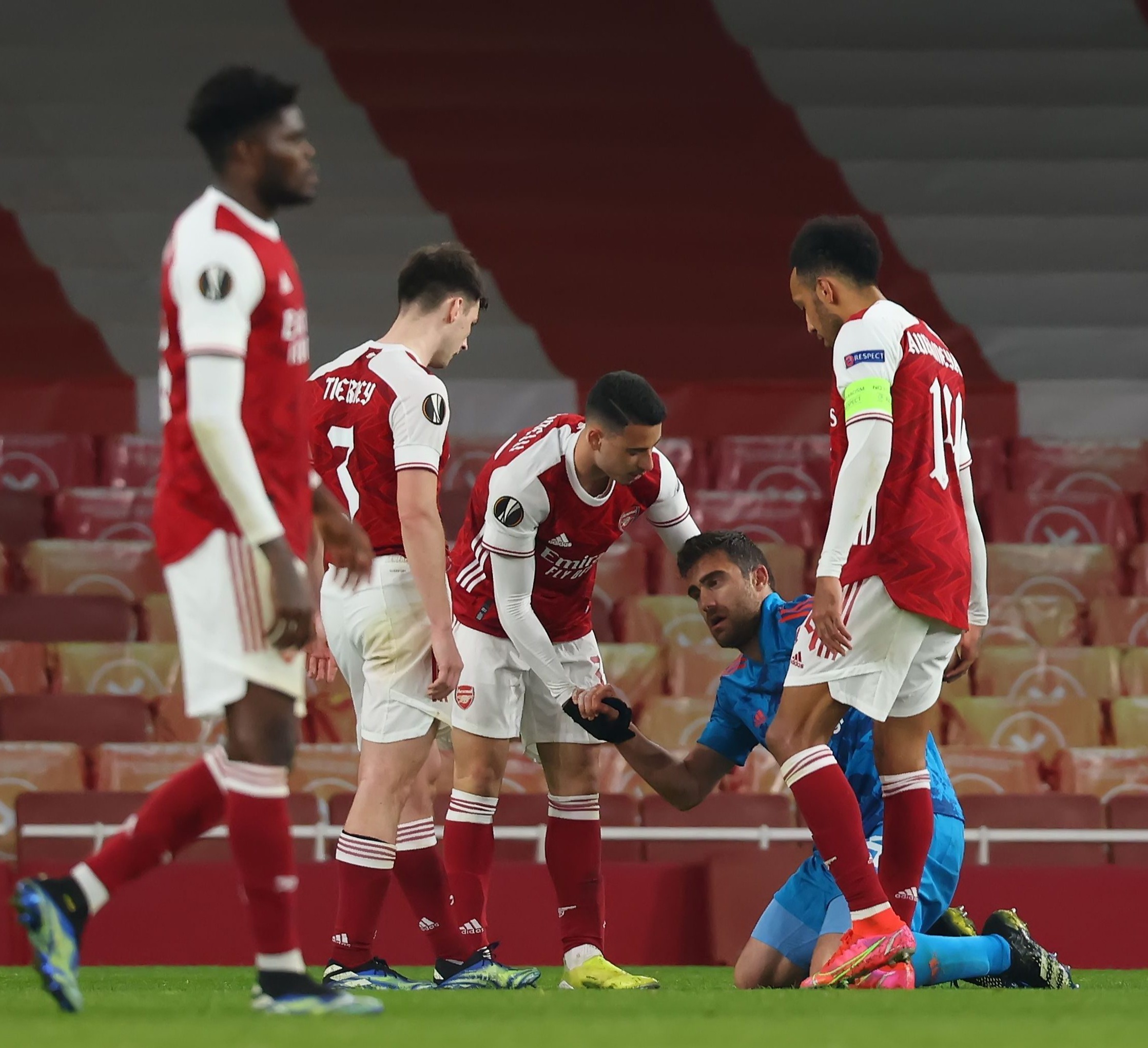 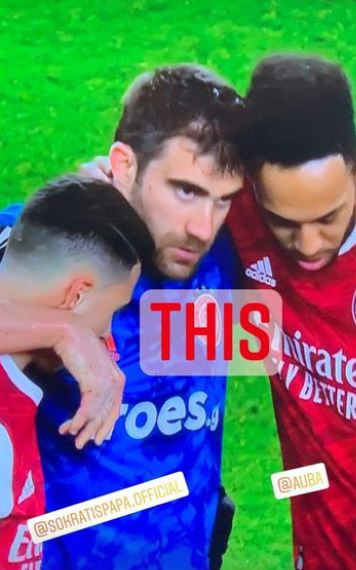 Following the full-time whistle, the Greek centre-back slumped to his knees, where Aubameyang, Martinelli and Tierney walked over to embrace him.

Sokratis spent three years at the Emirates but joined Olympiacos in January after his Gunners contract was terminated.

Arsenal skipper Aubameyang knows the 32-year-old well having also played with him for over four years at Borussia Dortmund.

And the Gabon international then took to social media where he posted a snap of him and Martinelli with their arm around their ex-team-mate.

Sokratis was clearly touched by the Arsenal trio as he uploaded a picture of the four of them on his Instagram story.

Commenting on the incident, one fan tweeted: "Form is temporary, class is forever. Great seeing this."

Another messaged: "Good to see respect and consideration for ex-players in other shirts. I just hope none of ours sign for Spurs."

A third added: "Once a Gunner, always a Gunner. You're not alone even if you play for an another club." 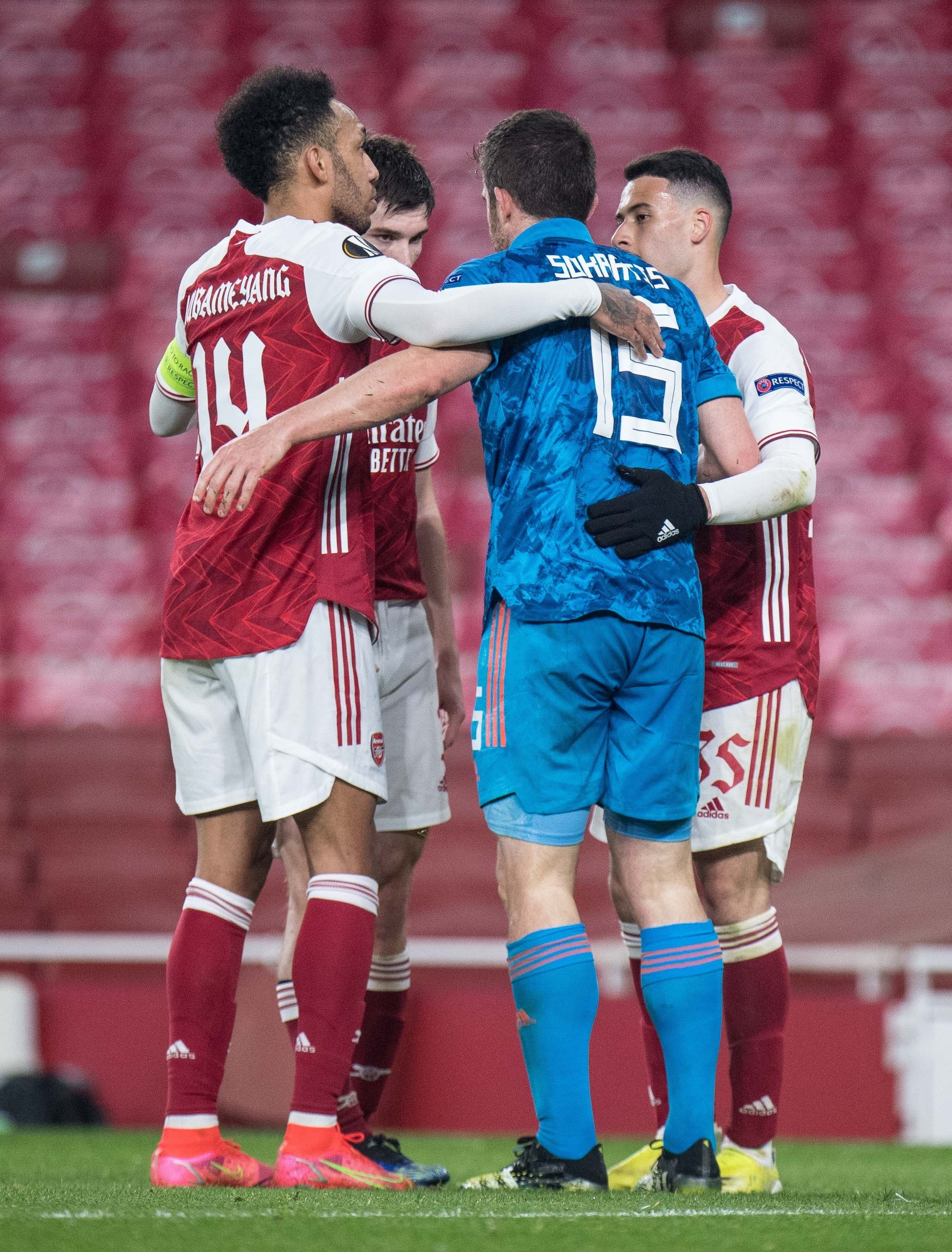 Despite securing their place in the quarter-finals, boss Mikel Arteta was left seething with his players after they failed to convert their chances.

He fumed: "Sometimes we have to be fair with ourselves – we were nowhere near the levels we could be.

"We were unstable with the ball and we gave it away. It's impossible when you give the ball away to have any structure.

"We created enough chances to win but were nowhere near the levels in which we can perform."

Arsenal beat north London rivals Tottenham 2-1 on Sunday but Arteta says fixture congestion cannot be used as a reason for their performance.

"We can't use any excuses. We had fresh players in the side. We started the game really well but then we had a lack of stability."