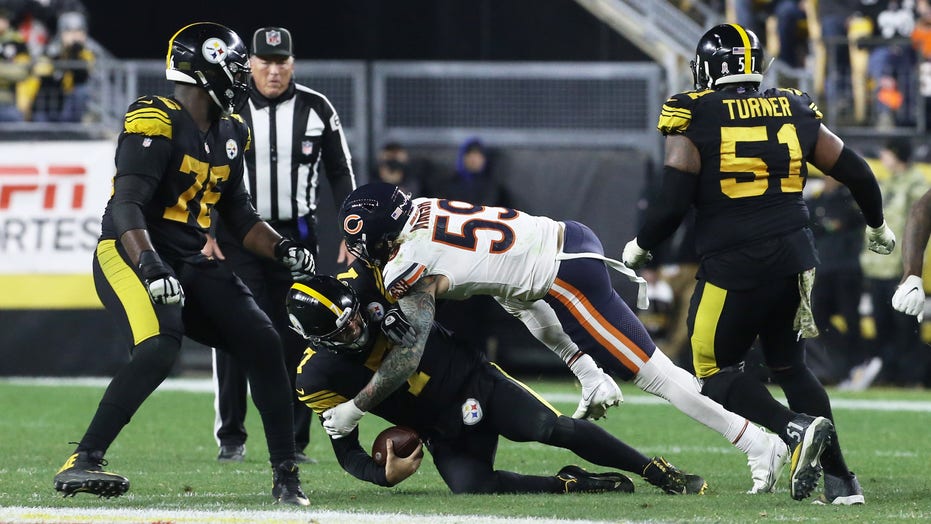 Chicago Bears linebacker Cassius Marsh came away with a sack of Pittsburgh Steelers quarterback Ben Roethlisberger on a third-down play late in the game during their matchup Monday night.

Marsh was flagged for taunting, which ended up a game-deciding call, especially since the Bears only trailed by three points. NFL referee Tony Corrente took heat from many in the NFL media and players on social media following the questionable call. 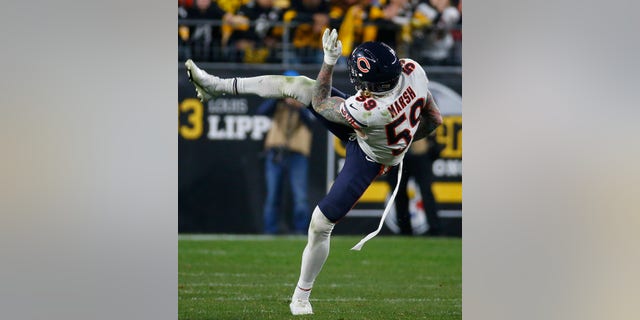 Cassius Marsh of the Chicago Bears celebrates a sack against the Pittsburgh Steelers during the second half at Heinz Field in Pittsburgh Nov. 8, 2021. (Photo by Justin K. Aller/Getty Images)

Simms, who played quarterback in the NFL for eight years, talked about a game against the San Francisco 49ers that Corrente was officiating.

“I got hit late in a San Francisco game … And I get up and I’m like, ‘That was a late hit!’ And I might have said the F-word too,” Simms recalled. “Usually when you come back from commercial breaks and there’s stoppage time, the referee kind of gives the quarterback a warning like, ‘Hey, call your play, I’m about to blow the whistle.’ He’s not doing anything to me. Now we’ve gone through three commercial breaks, a quarter break and he’s just blowing the whistle and starting the clock while we’re all just standing around waiting for things.

“Finally, I go, ‘Are you gonna warn me before you start the clock again? Usually, that’s protocol.’ He goes, ‘Are you gonna apologize for what you said to me earlier?’ I wanted to lose my crap. After the game, I wanted to call him out. If we won, I probably would have. He just showed me he got personal and was gonna take the game into his own hands there.” 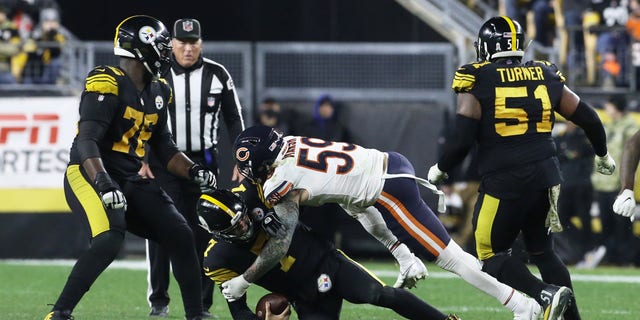 Corrente penalized Marsh after he had come into contact with the referee after the play. Marsh said that the official gave him a “hip check,” but Corrente said after the game that the call had nothing to do with him making contact with Marsh.

The NFL looked into the play and stood behind Corrente’s decision.

“I don’t buy any of it,” Simms said of Corrente’s explanation. “I don’t buy his answer. I’m calling him a liar, I don’t really care. I don’t buy it.”