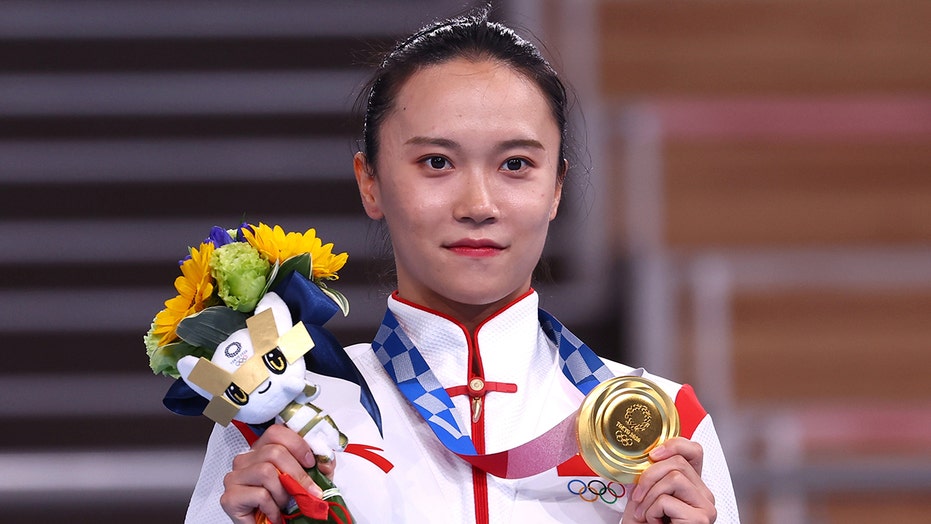 China’s Zhu Xueying left Tokyo with an Olympic gold medal in the individual trampoline becoming the second Chinese Olympian to win the event at the Games.

Zhu came home with one problem – her gold medal is allegedly peeling.

“Can your medals … peel off too,” she wrote in the caption of photos posted to the social-networking website Weibo, according to the South China Morning Post.

On Tuesday, Zhu said in a video she showed the gold medal to her coach who found a smudge on it. She said they tried to wipe the smudge off the medal but it did not come off.

“I then tried to scratch it with my nails and found that it ‘peeled off.’ I sent out the first Weibo post to see if any other athletes had the same experience,” she said.

A Tokyo Olympic Committee told China’s Global Times it is likely the protective coating that is peeling and not the medal itself.

“Even if you remove the coating, it does not directly affect the medals’ quality,” the official said.

Zhu, 23, held off teammate Liu Lingling by about 0.285 points. Great Britain’s Bryony Page picked up the bronze medal in the event.