CHELSEA made an embarrassing gaffe on social media as Frank Lampard's side confused themselves with Liverpool during the FA Cup final.

A bizarre tweet went out at half-time during the final against Arsenal with Liverpool's name under the Chelsea badge. 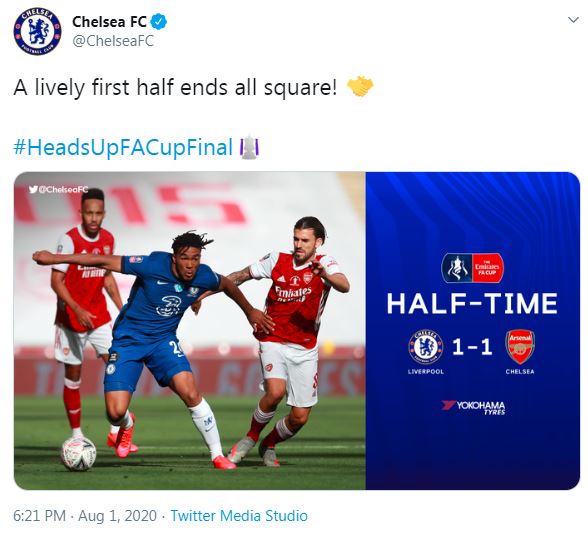 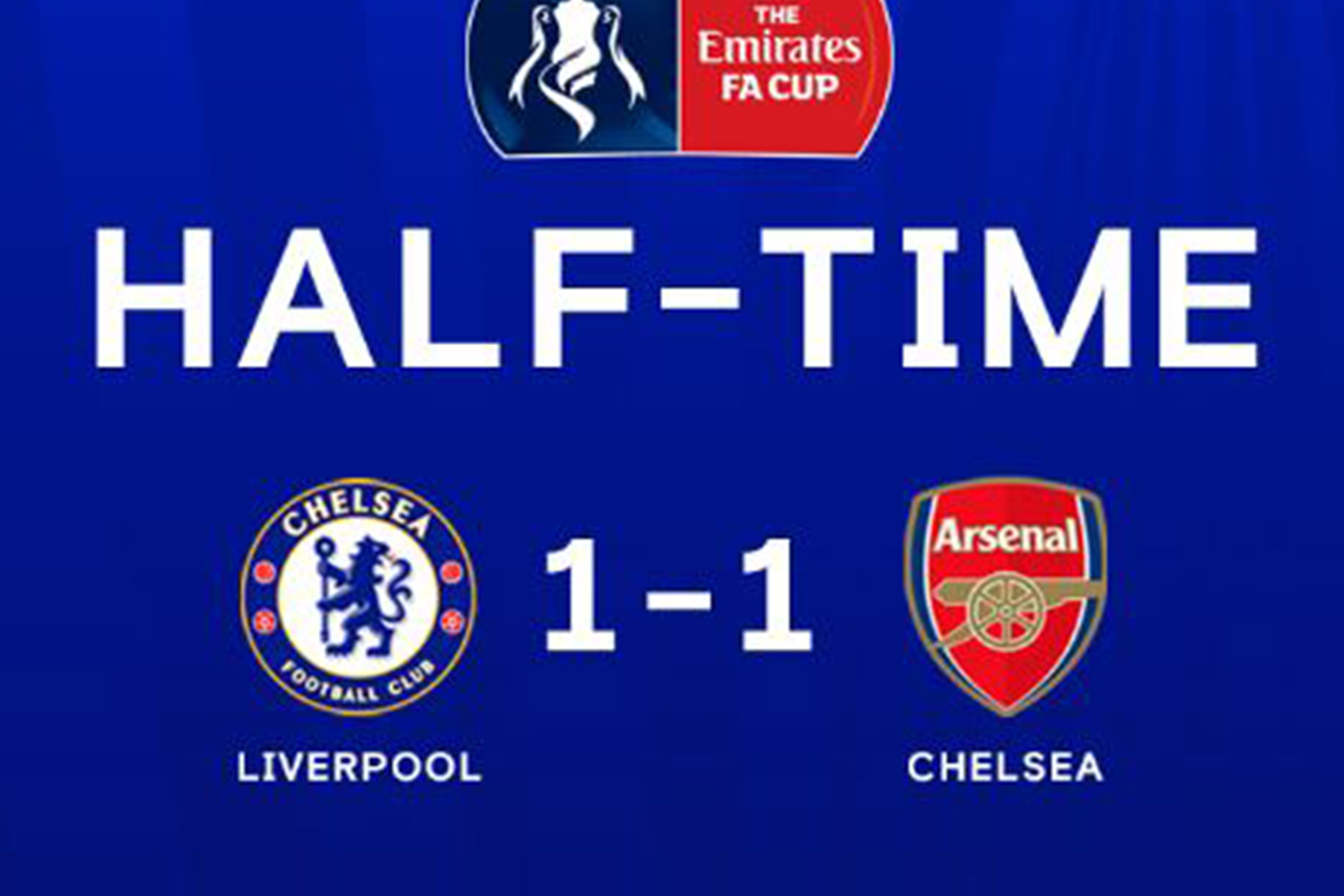 Chelsea's name did feature on the image but it was confusingly under the Arsenal badge.

Someone in the Blues' social media department had a nightmare before quickly realising around ten minutes later and the post was deleted.

It was captioned: "A lively first half ends all square."

The West London side could face Liverpool in the Community Shield if they win the the match.

The friendly fixture is usually the first in the English season and pits the Premier League winners against the side victorious in the FA Cup and perhaps that was the source of the confusion.

Lampard's men went in level at the break despite snatching the lead early on.

Christian Pulisic opened the scoring after just five minutes after his fast feet allowed him to finish with a deft chip.

But skipper Cesar Azpilicueta hauled down opposition captain Pierre-Emerick Aubameayng to give away a penalty.

The Spaniard escaped with a yellow card but Aubameyang converted the spot-kick to equalise after 28 minutes.

Chelsea were dealt a blow when both Azpilicueta and Pulisic succumbed to hamstring injuries and were forced off.