FRANK LAMPARD is said to be keeping an eye on the situation at Leicester with Brendan Rodgers heavily linked with the Manchester United job.

The former Chelsea star is reportedly plotting his return to management and views Leicester as the ideal club to stage his Premier League comeback. 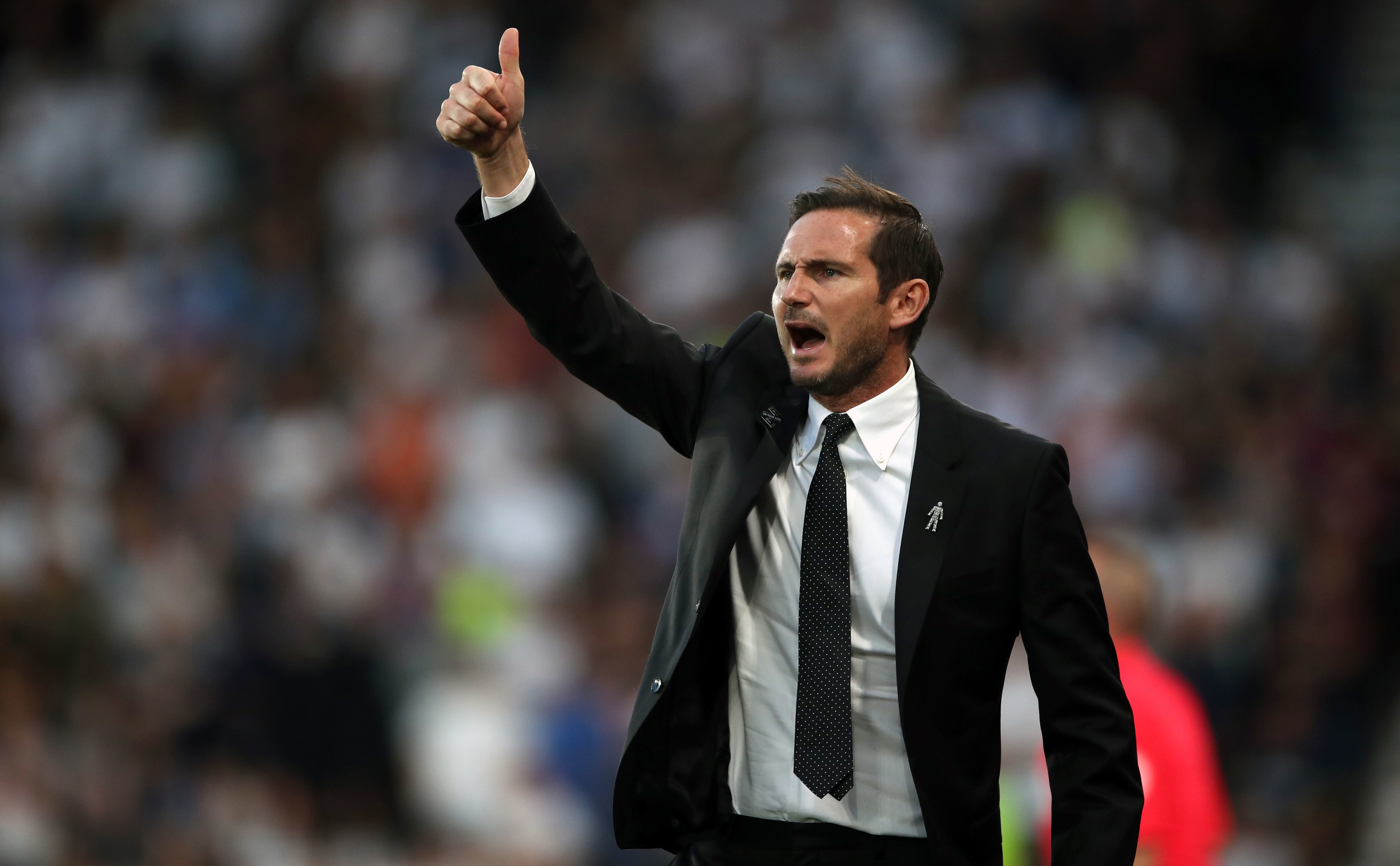 Lampard, 43, has been linked with managerial jobs at Crystal Palace, Newcastle and Norwich this season and reportedly turned down the job at Carrow Road.

According to The Mirror, Lampard viewed the Norwich job as too risky, with the Canaries rock-bottom and facing a tough relegation scrap this season.

Dean Smith, who was only sacked by Aston Villa ten days ago, was officially appointed as the new Norwich boss on Monday.

Lampard was briefly linked with the Aston Villa job after Smith's sacking, alongside former England and Chelsea teammate John Terry.

But another England teammate and former club rival Steven Gerrard filled the vacancy at Villa Park instead, leaving Rangers after three years in Scotland.

Lampard has since been linked with Rangers since Gerrard's departure and has been urged by his uncle Harry Redknapp to take the job at Ibrox.

Redknapp told SunSport: “It’s got to be Frank, hasn’t it? He’ll go there. I’d take him all day long. Steven Gerrard then Frank Lampard — sounds good to me.

“If you’re looking at like for like then Frank’s perfect — over 100 caps for England, won everything as a player, great football man, top manager, made for the highest level.

"Frank could do it no problem. He’s got great knowledge of the game and is a hard worker.

“Frank could retire if he wanted to because he’s done very well for himself in football, but he’s still got that desire to get back in since he left Chelsea.

“Every TV company in the country is chasing him but he’s not interested, he just wants to manage.

“I think Norwich City were very keen but Rangers would be very interesting for Frank."

“Every TV company in the country is chasing him but he’s not interested, he just wants to manage

But former Feyenoord manager Giovanni van Bronckhorst remains the favourite to succeed Gerrard in Glasgow, having played for Rangers between 1998-2001.

Van Bronckhorst was part of his compatriot Dick Advocaat's league and cup double winning Rangers team of 1998-99 and 1999-2000.

And the Dutchman would go on to enjoy a glittering career, having also played for Arsenal and Barcelona, as well as earning 106 caps for the Netherlands.

It is believed that Lampard would prefer a return to the Premier League in any case, having only been sacked by Chelsea in January.

And with Man Utd boss Solskjaer's job hanging by a thread and Rodgers the favourite to replace him, Lampard could soon get his wish.

Lampard and his wife Christine, presenter of ITV's Loose Women, welcomed a baby boy into their family in March, naming him Frederick George Lampard.