The Blues defender netted after 21 minutes at Stamford Bridge to give Maurizio Sarri's men the lead.

And it appears one supporter was so pleased they lost hold of their dentures in the celebrations.

Twitter user Diciannove shared a picture of the false gnashers after apparently being hit.

Though it would seem the fan jumped the gum as United fought back in the second half.

Jose Mourinho's visitors proved they had plenty of bite left in them after Anthony Martial scored twice. 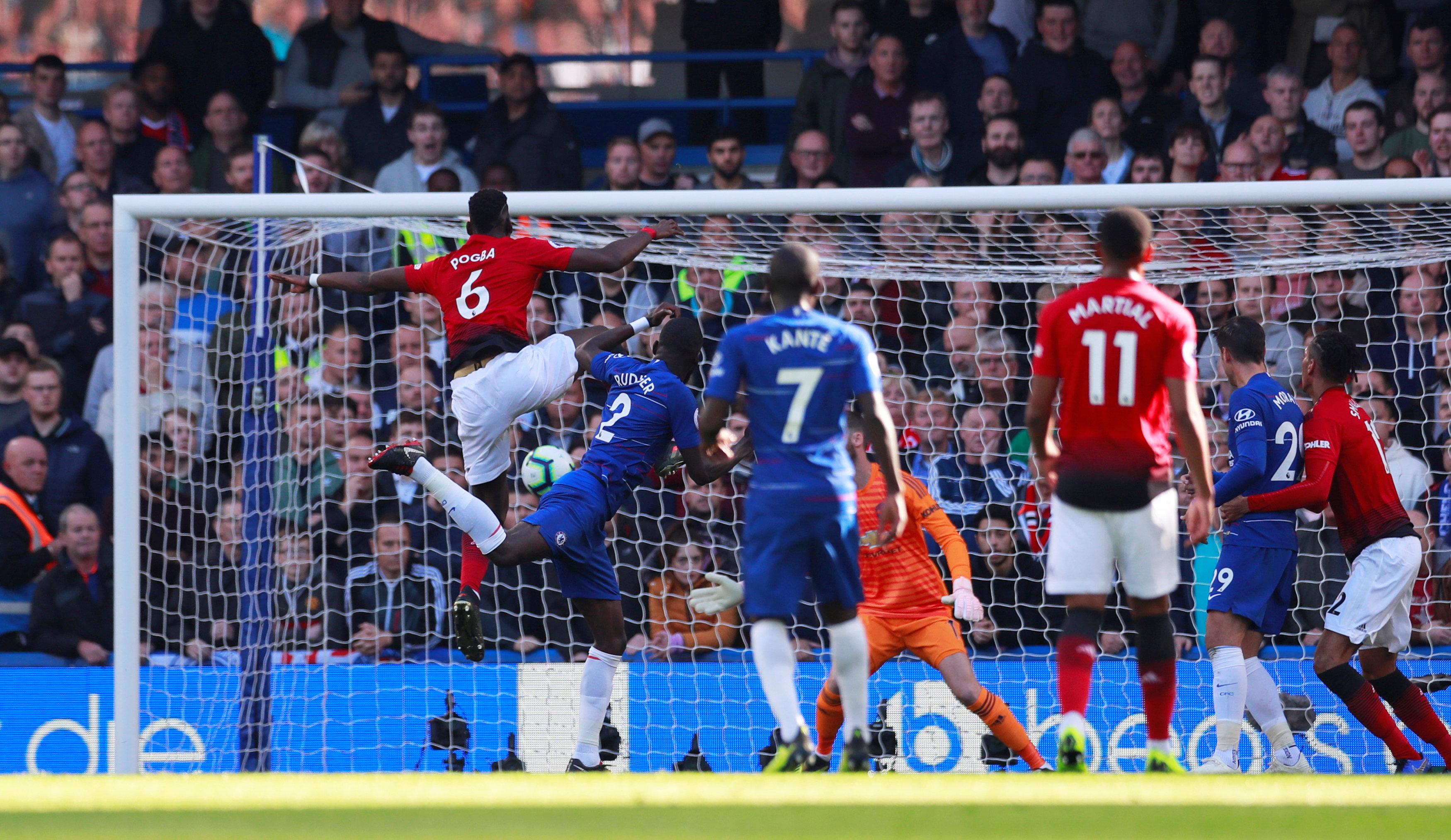 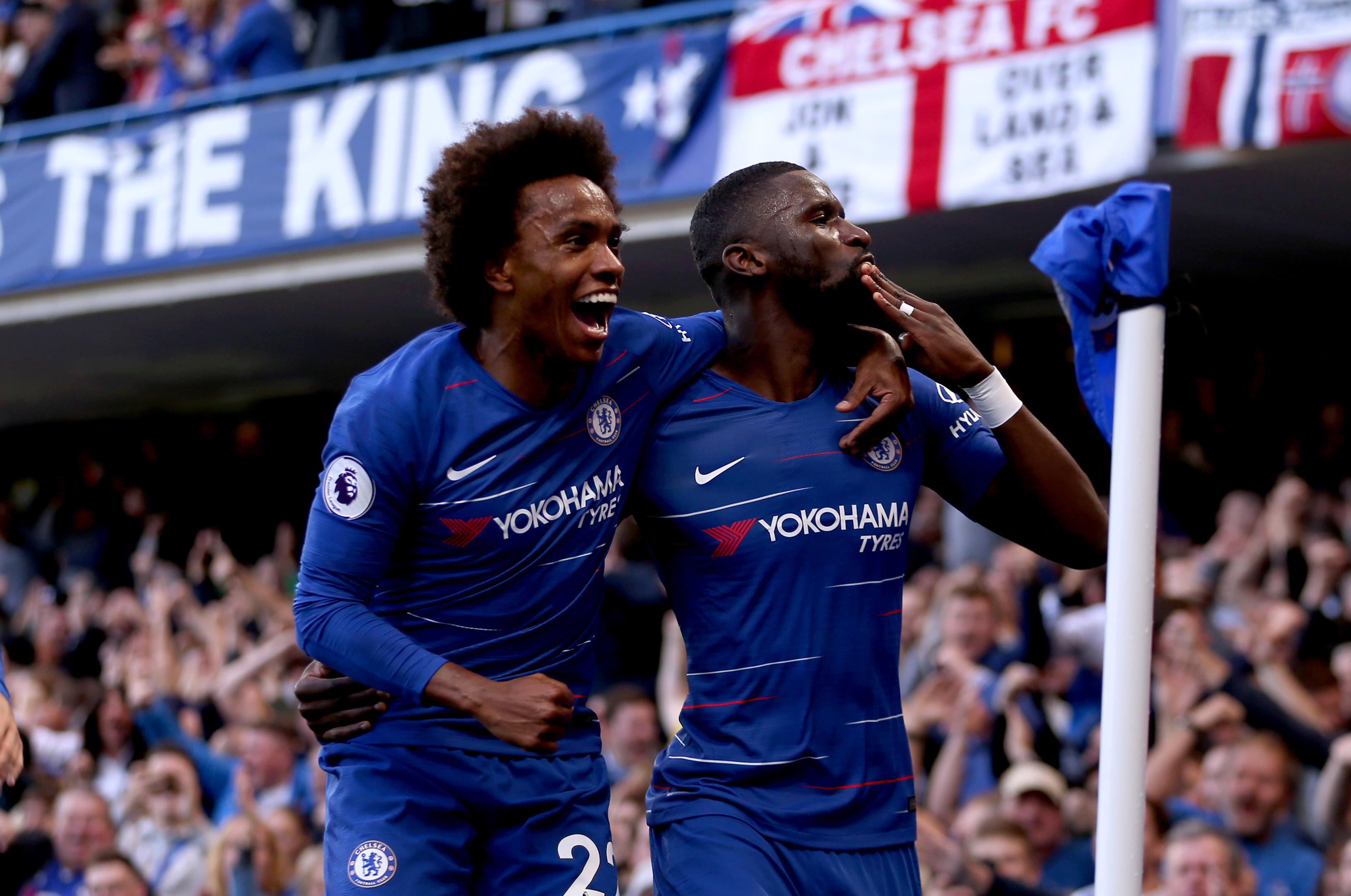 But it was Chelsea fans who were left grinning after Ross Barkley's dramatic injury-time equaliser.

Spats did not just occur in the stands as Mourinho was embroiled in an angry touchline bust-up with Blues coach Marco Ianni after the Italian celebrated Barkley's last-minute goal in front of him.

Both dugouts clashed and Mourinho was held back by stewards, staff and players in the chaos.

Old Trafford boss Mourinho says Ianni apologised to him after the game.

He said: "What happened was with [Maurizio] Sarri's assistant and Sarri was first to come to me and say he would resolve the problem internally with him.

"His assistant came to me in Sarri's office and apologised to me. 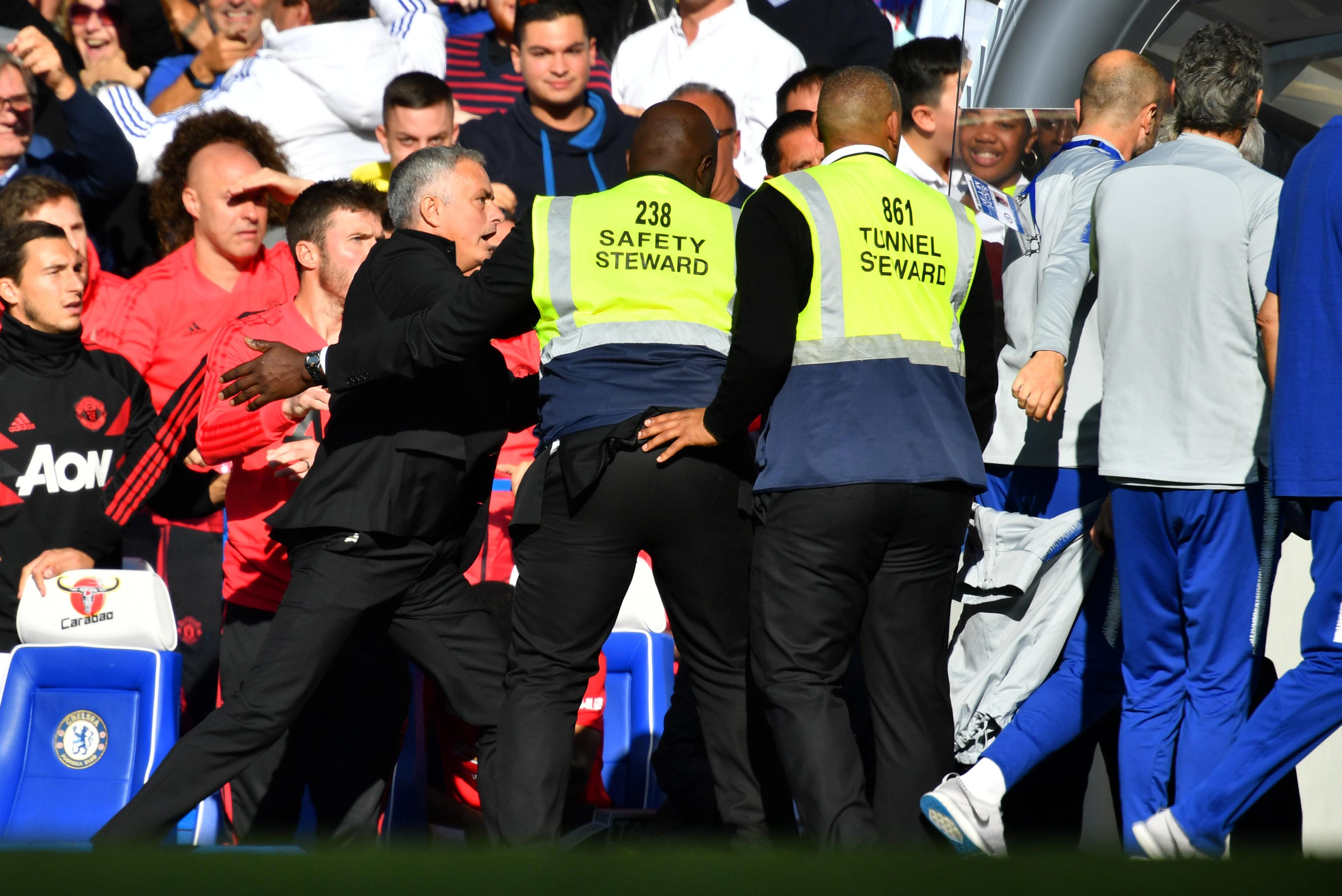 "I said if you really feel that way I accept your apology and forget it, because I also made lots of mistakes in my career. I'm not going to kill you because of one.

"He apologised and I accepted it."

Sarri confirmed: "I spoke with Jose immediately after the game and realised that we were wrong.

“I spoke with my staff and then agreed to say sorry. We made a mistake and we were in the wrong on the situation.

“Will there be any action against Ianni? At the moment I don’t know. I have to speak to him face to face because I want to be sure that he understands it was a big mistake.”