Here are five things we learnt from SmackDown last night. 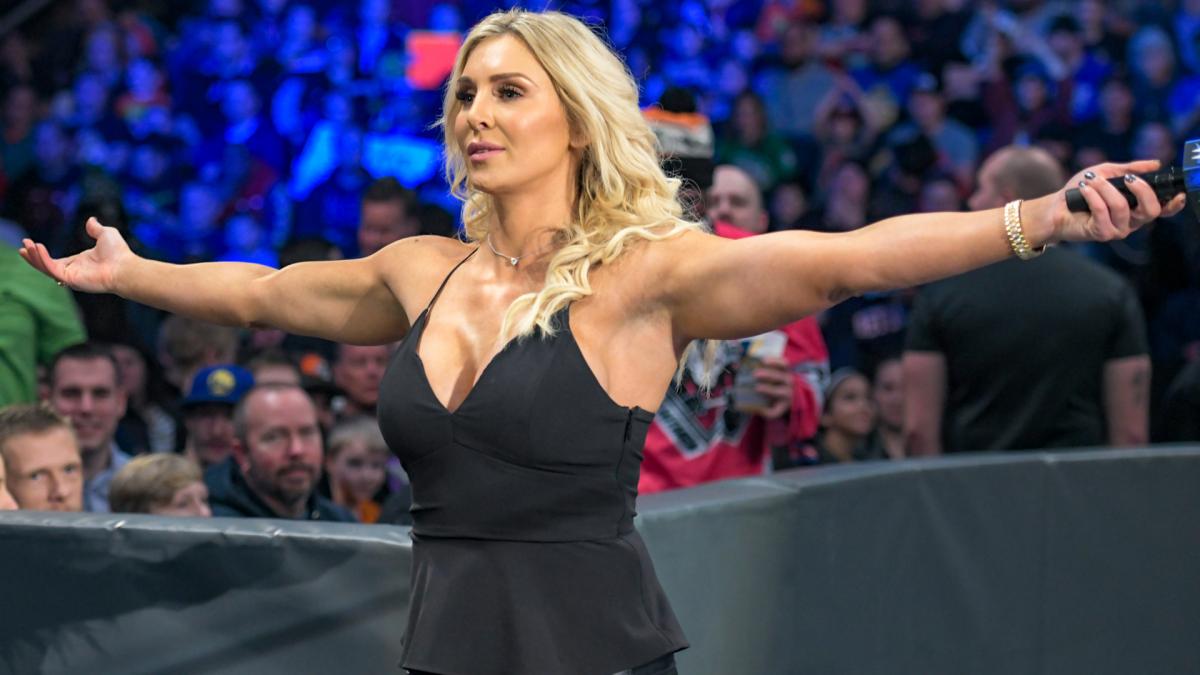 Charlotte opened the show with a killer promo, mocking the fans and calling Vince McMahon’s option  to take Becky out of the WrestleMania main event a “smart business decision.”

The Queen said: “He chose a future Hall of Famer over someone who’s had a few good months.”

Anyone complaining about Charlotte being inserted into WrestleMania needs to look at this promo.

Charlotte is the best in the company right now and a three-way match at Mania between Ronda, Charlotte, and Becky is the logical conclusion to this months-in-the-making storyline. 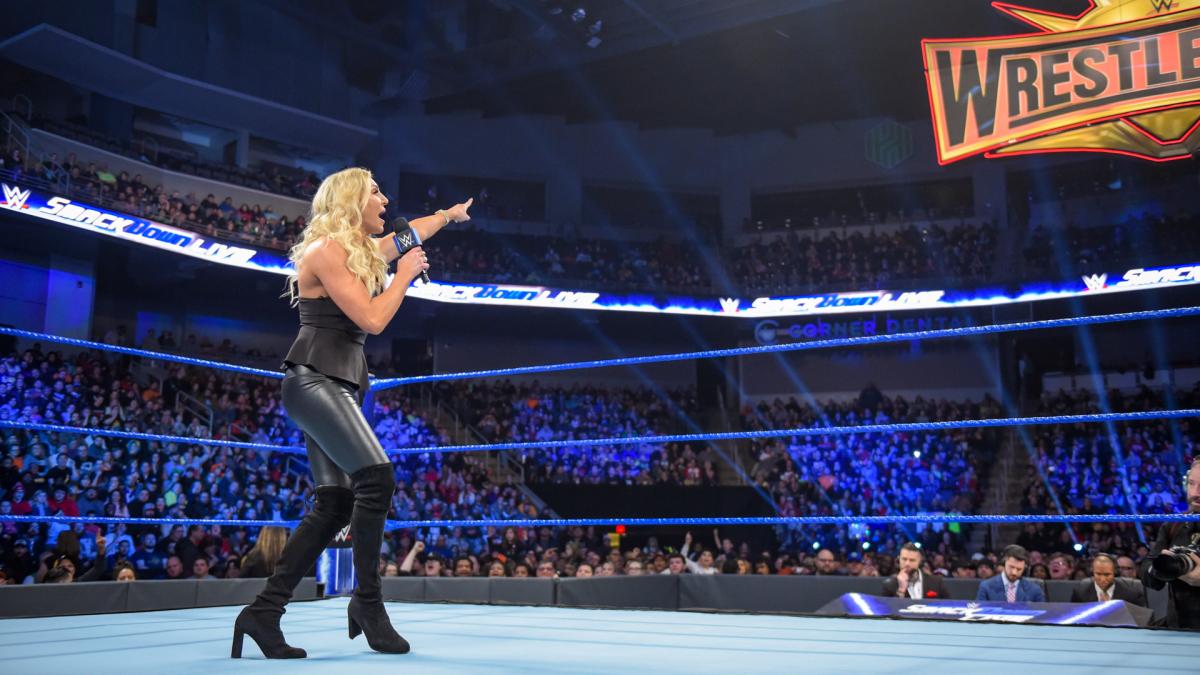 Charlotte also promised to be front row for Ronda Rousey’s match with Ruby Riott at Elimination Chamber and said she won’t interfere.

But The Queen also teased there may be a new Raw Women’s Champion this Sunday – which would mean a different opponent for Charlotte at WrestleMania. 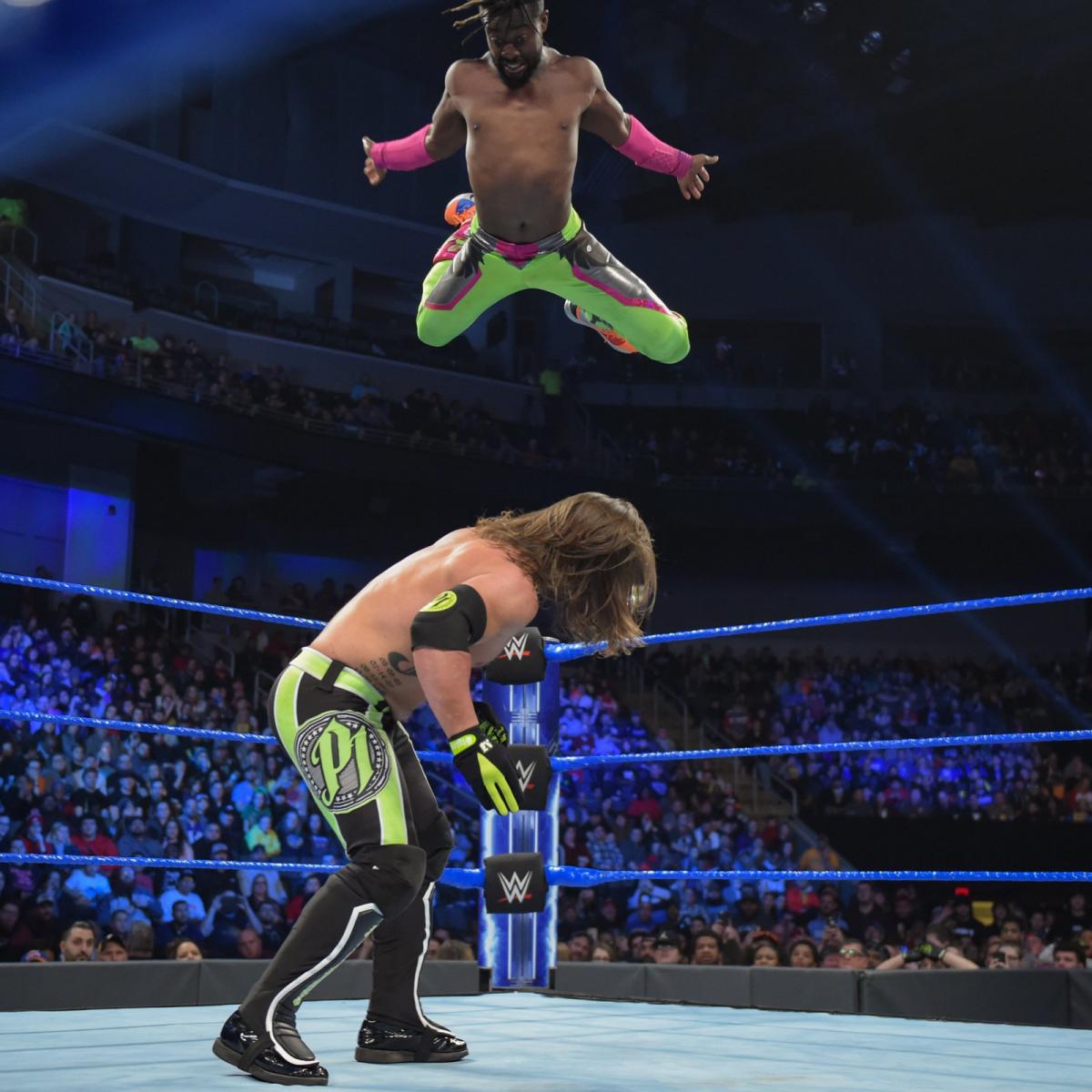 Kingston and Bryan began the match with a stunning and lengthy battle and in a shocking turn of events Kingston hit Trouble in Paradise to pin the champ.

Kingston then pinned Jeff Hardy (how far has Hardy’s stock plummeted in the last two years?) and had a punishing battle with Samoa Joe.

But kofi once again shocked the WWE universe by reversing Joe’s Coquina Clutch into a roll-up pin.

The furious Joe the clamped on the Coquina Clutch afterwards to choke out Kingston.

Joe only released the hold when the next competitor AJ Styles chased him off. 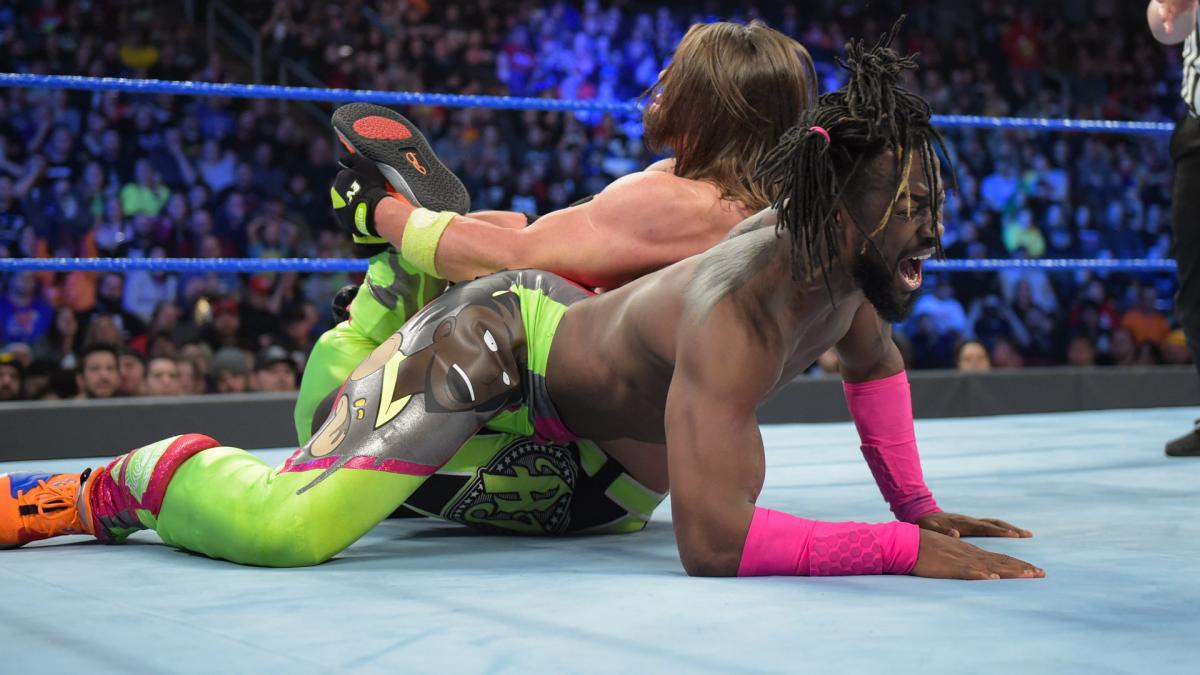 …But Randy Orton will enter the Chamber last

Kingston continued to put up a gallant effort in the gauntlet match against AJ Styles, but he was eventually forced to tap when Styles locked in the Calf Crusher.

Kingston put in an impressive 40-plus minutes altogether.

(Don’t get too excited though – there’s no way he’ll win the WWE Championship this Sunday.)

But the match had a predictable end when the final competitor Randy Orton sneak attacked AJ Styles with a lightning-quick RKO for the win.

Orton’s a dull choice to win and enter the Chamber last – and we really don’t need Orton as WWE Champion in 2019 – but this will presumably kick-off an AJ v Orton feud leading into WrestleMania. 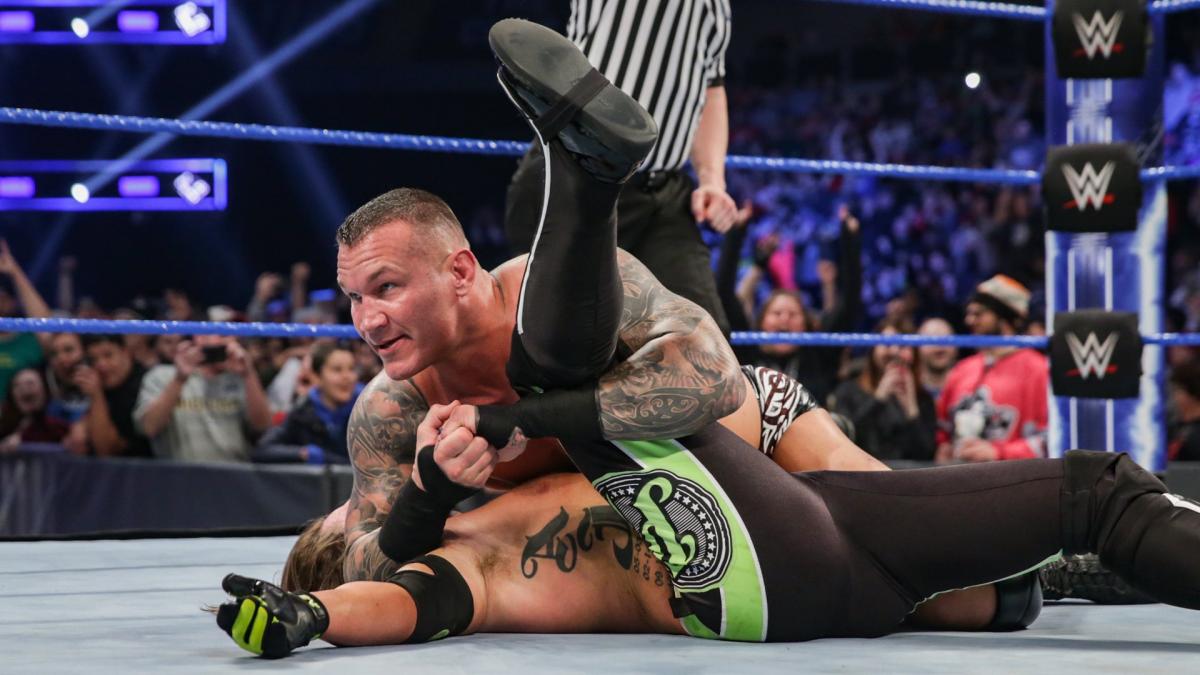 The Usos have laid out Shane McMahon and The Miz

SmackDown tag champs Shane and Miz hosted a special edition of Miz TV – or McMiz TV, as it’s been renamed – with their Elimination Chamber opponents The Usos as special guests.

It stared as an argument about being a “true” tag team – especially as Shane and Miz claim to be the “Best Tag Team in the World”.

The Usos boasted how they travel, train eat, and even bathe together (“Maybe… we’re twins!”).

Shane and Miz took a shot at Jimmy Uso’s relationship woes with Mandy Rose and dangled their tag titles in The Usos’ faces.

It ended with The Usos nailing Shane and Miz with a pair of super-kicks.

Credit to both teams – this promo ramped up the excitement for a match that otherwise felt like filler on the Elimination Chamber card. 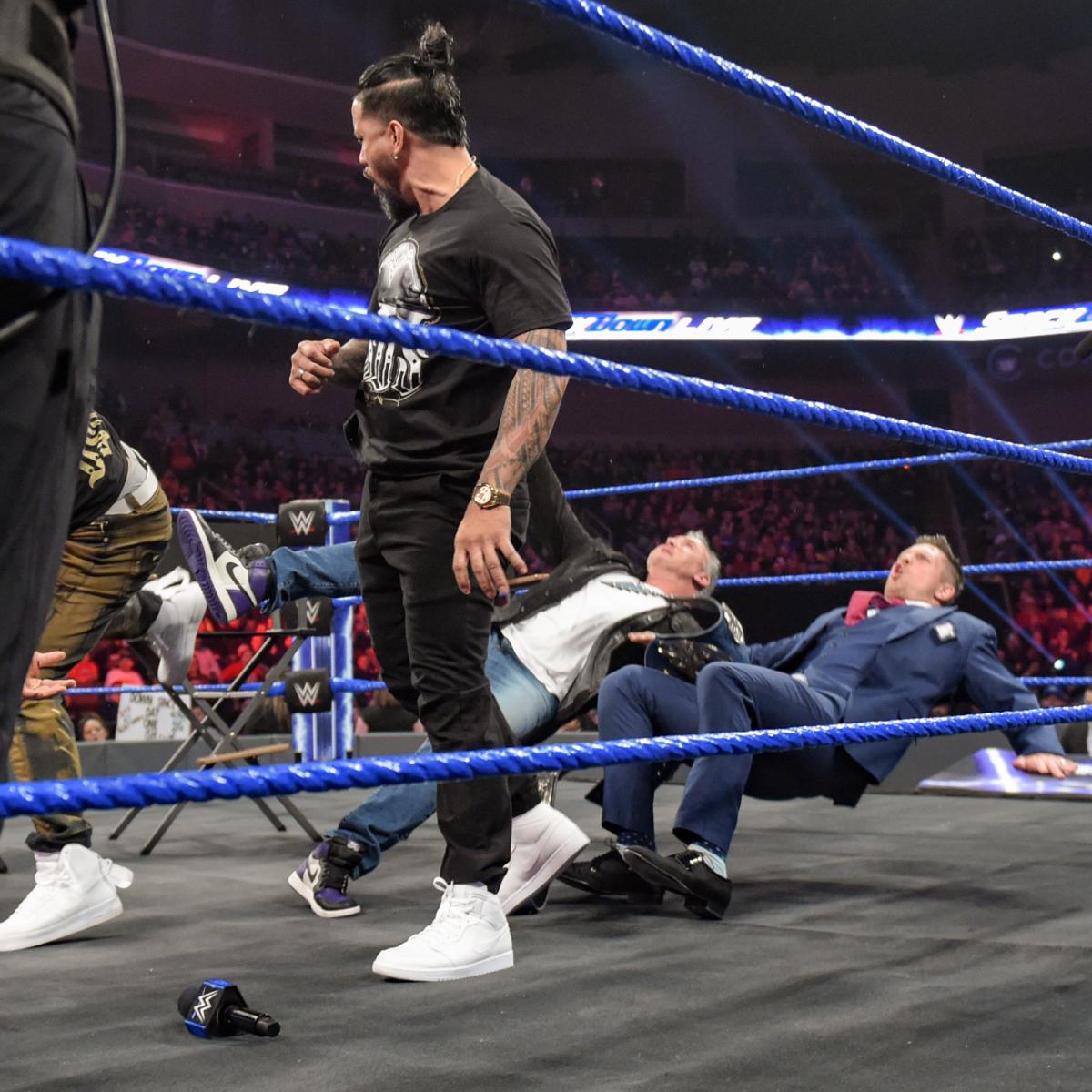 Just like on Raw, there was a women’s tag team triple threat match – this time Fire & Desire v Naomi & Carmella v The IIconics – with the losing team having to start to tag title Chamber match against the Boss ‘n’ Hug Connection.

The IIconics stayed out the action, while the drama of the match was built around the ongoing feud between Naomi and Mandy Rose.

But the opportunistic IIconics jumped Naomi and Carmella post-match to get the real momentum going into the Elimination Chamber. 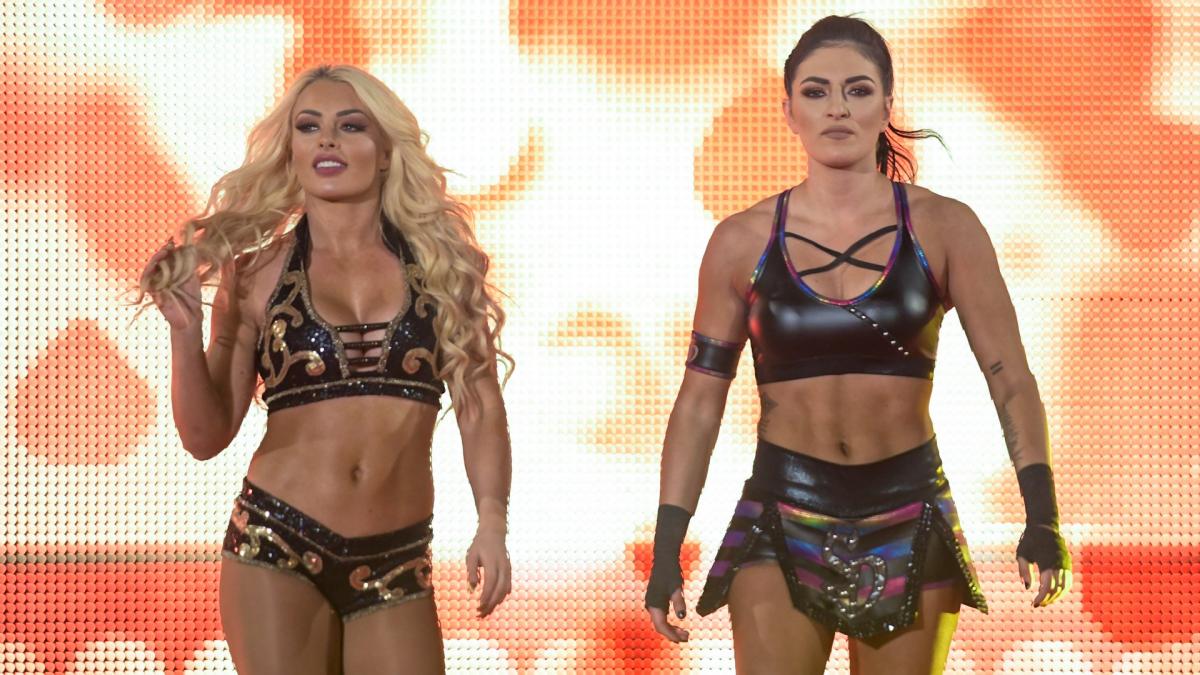