Rabbitohs coach Anthony Seibold says he only learned about accusations South Sydney players exposed themselves to a woman in a video chat hours before they were made public on the eve of a crucial NRL finals clash.

Seibold admitted the allegations, said to have occurred earlier this year, had triggered "chaos" around the Rabbitohs, who will take on the Dragons in a do-or-die semi-final at ANZ Stadium on Saturday night.

A woman told News Corp several high-profile Souths players exposed themselves to her in an online video without her consent back in May, which triggered an email to the club complaining about their actions.

After an initial response from the club, she claims further correspondence was ignored for more than three months. The Rabbitohs and the NRL integrity unit have launched an investigation into the accusations.

Seibold, the first-year clipboard carrier tipped to win NRL Coach of the Year honours, said he was only briefed on the issue by management on Thursday and conceded the allegations involved more than one player.

"My instant reaction is it’s a little bit of chaos," Seibold said at a press conference on Friday morning. "It’s not ideal.

"I wasn’t aware of it until [Thursday] afternoon and I think the club has handled it professionally from what I’ve seen and what I’ve been briefed on. It’s never ideal to hear something like this.

"It’s not ideal these accusations have come out and they’re front page news. It’s not what anyone wants, it’s not what I want, it’s not what our game needs or wants to see. I can just control what we do inside the change room and out on the field [on Saturday] night."

The woman or players involved have not been identified.

It's understood the initial email was anonymous and the woman failed to leave any contact details, but she says she followed up her original complaint with two separate pieces of correspondence.

"A thorough investigation will be undertaken in conjunction, and in close co-operation, with the NRL’s integrity unit," the Rabbitohs said in a statement. 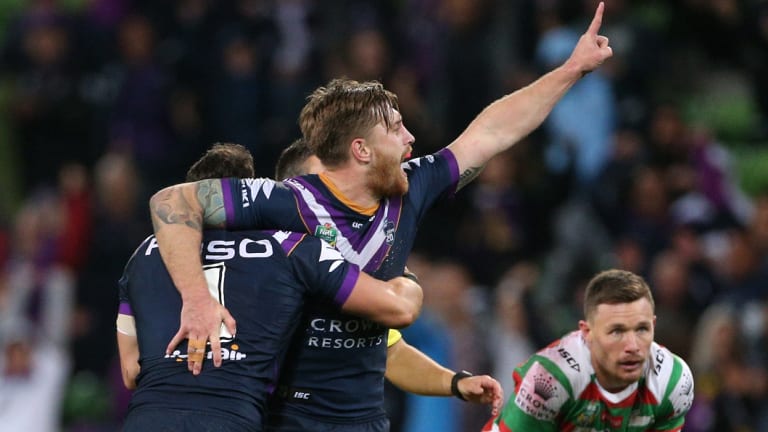 "Since receiving contact details [on Thursday] night for the female involved, Rabbitohs officials have attempted to make contact via phone and email.

"The Rabbitohs take any allegations of player misbehaviour very seriously and will not be making any further comment until the completion of the investigation."

The Rabbitohs have long been considered one of the favourites to take out the NRL title, even following a gripping one-point loss to Melbourne in the opening week of the finals.

But Seibold will face his biggest task of the season to have his players focused for the clash against St George Illawarra, a match which could draw the biggest crowd to a non-preliminary or grand final in the NRL era.

"Well they're professional athletes, I'm a professional coach," Seibold said of the interrupted preparation. "So that's our job [to focus properly].

"We've had a really good preparation so far. I'd rather the talk be about [Saturday] night's game and how many people are going to get out there. But I can just control what we do inside the change room and on the field [at training]."