UEFA will hold a crisis meeting next Tuesday – and a major Champions League revamp will be on the agenda, according to reports.

European football's governing body earlier confirmed that all of next week's ties in their main competition, as well as the Europa League, have been postponed due to the coronavirus outbreak. 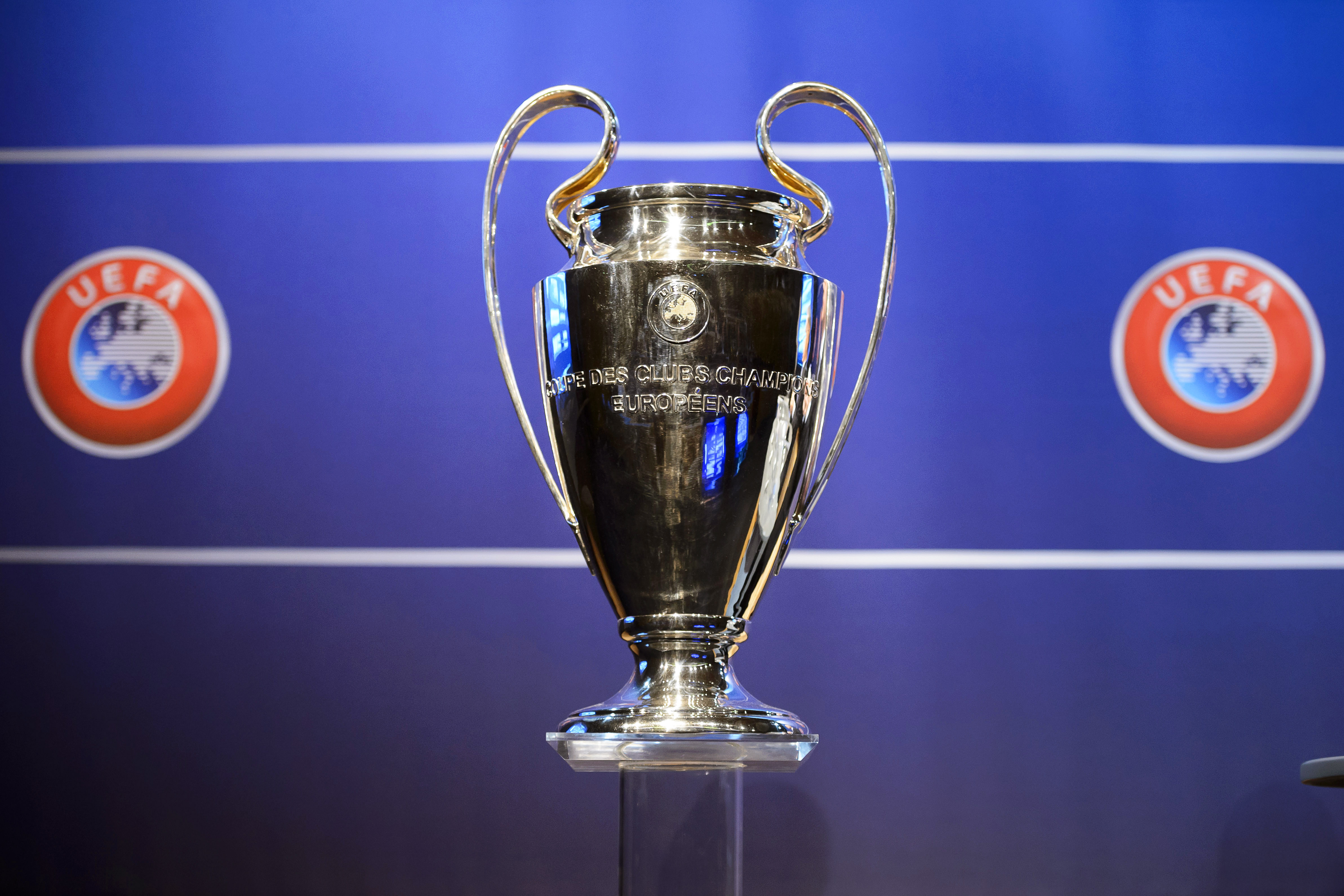 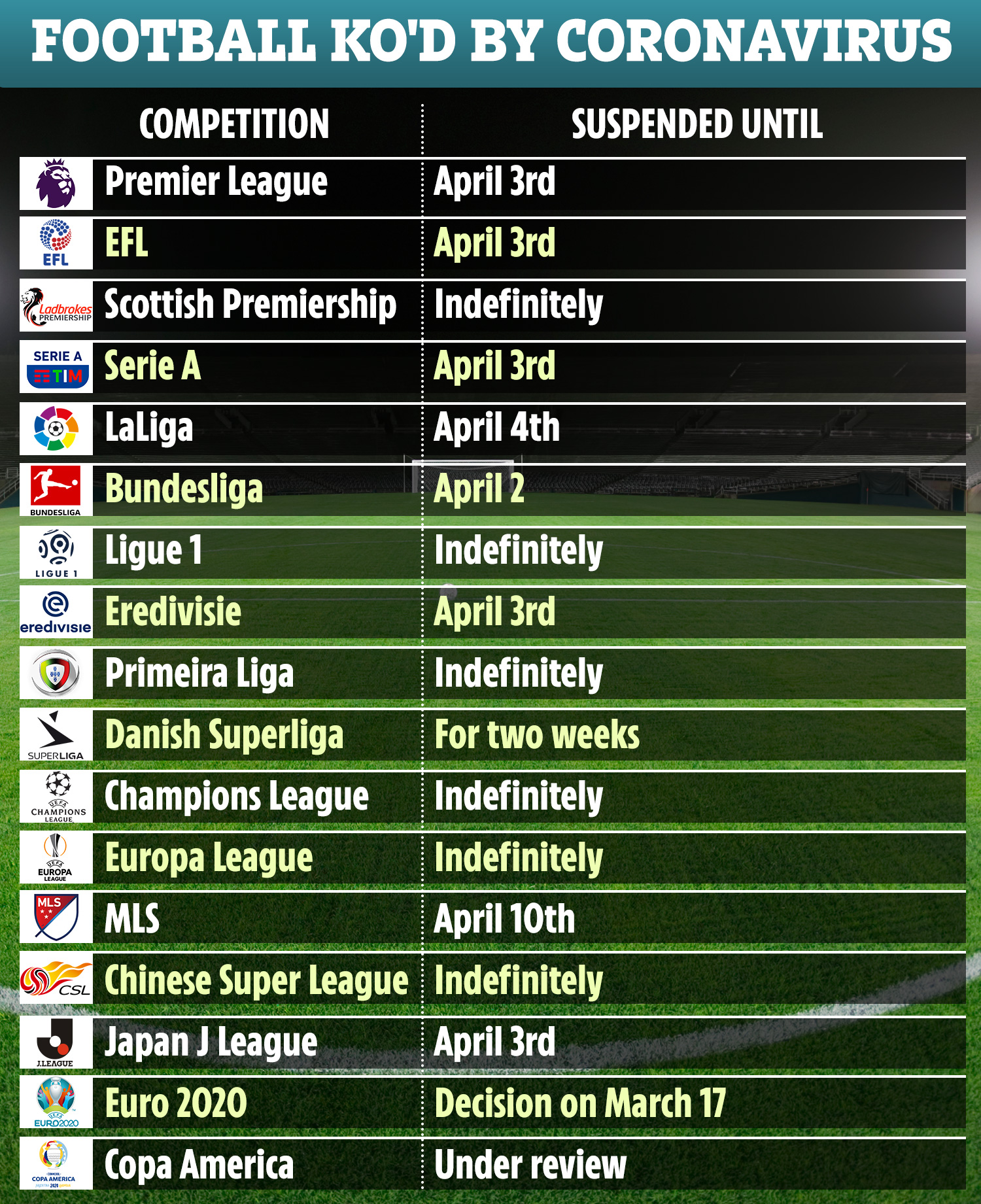 But according to the Mirror, Uefa chiefs are still desperate to stick to their original plans for each competitions' finals – and could order quarter-final and semi-final ties to be played over one leg in order to ease fixture congestion.

The Champions League final is in Istanbul on May 30, with the Europa League showpiece scheduled to be played in Gdansk three days earlier.

With the football calendar having been thrown into disarray by the deadly outbreak, Uefa will discuss their potential solution.

There is a growing sense within the governing body that one-off ties are the only realistic solution.

Current round-of-16 second legs will still be played, however, with Manchester City still to host Real Madrid and Chelsea due to travel to Bayern Munich.

Wolves and Manchester United will also need their Europa League ties to be concluded, having both played first legs on the continent behind closed doors last night.

Also on Uefa's agenda in the meeting, in which all 55 member associations will be represented, will be moving Euro 2020 back a year to 2021.

That would ease the pressure on the Champions League and Europa League and might enable them to conclude by the end of May – with domestic leagues possibly running well into the summer in order to reach a conclusion. 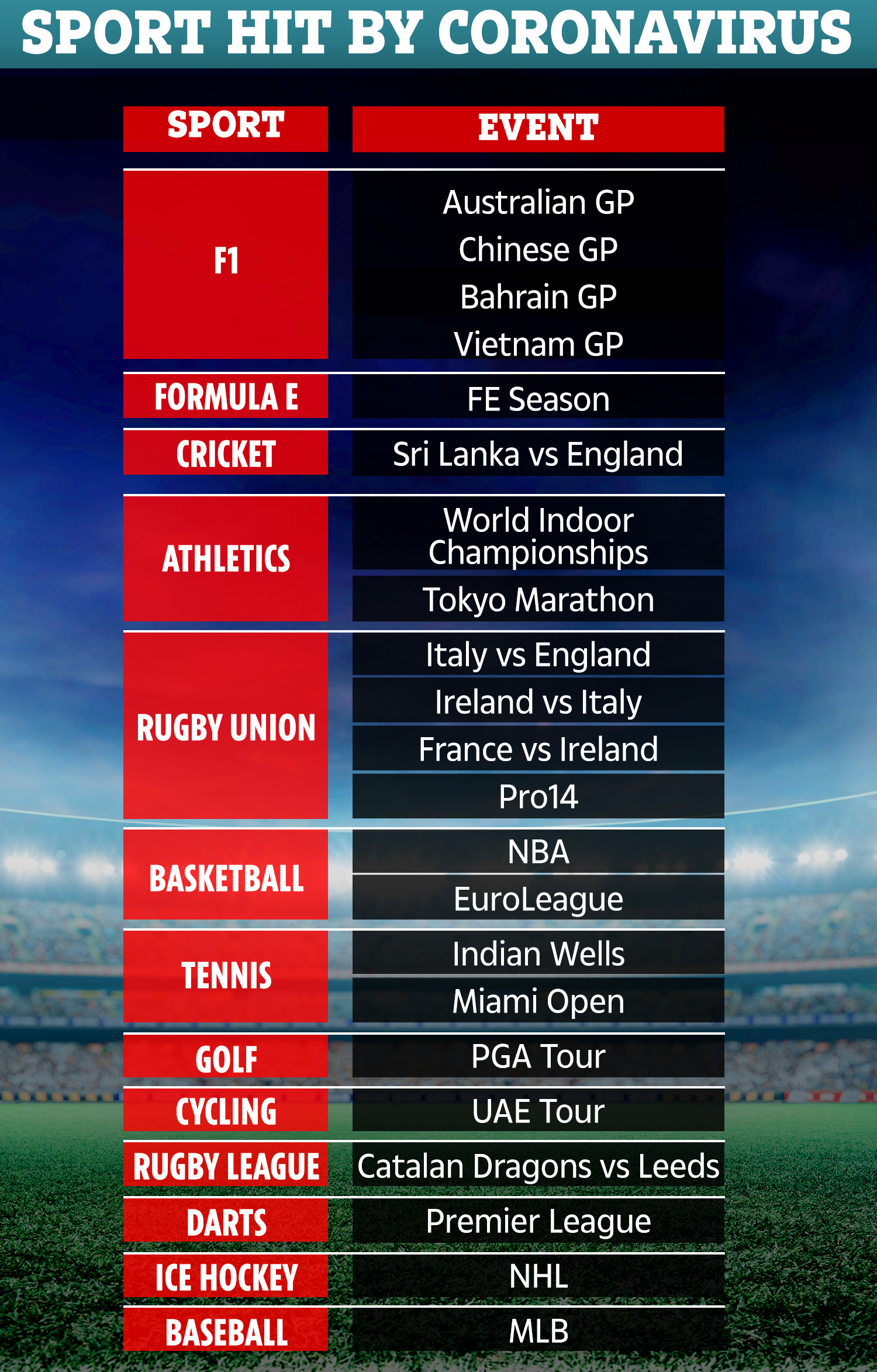 The Premier League and EFL this morning confirmed that fixtures would be suspended until at least April 3, as the United Kingdom aims to combat the alarming pandemic.

The disease has wreaked havoc with sport worldwide, with Mikel Arteta and Callum Hudson-Odoi currently English football's most high-profile cases.

And today Everton, West Ham and Bournemouth joined Chelsea, Arsenal, Leicester and Watford in putting their squads into self-isolation. 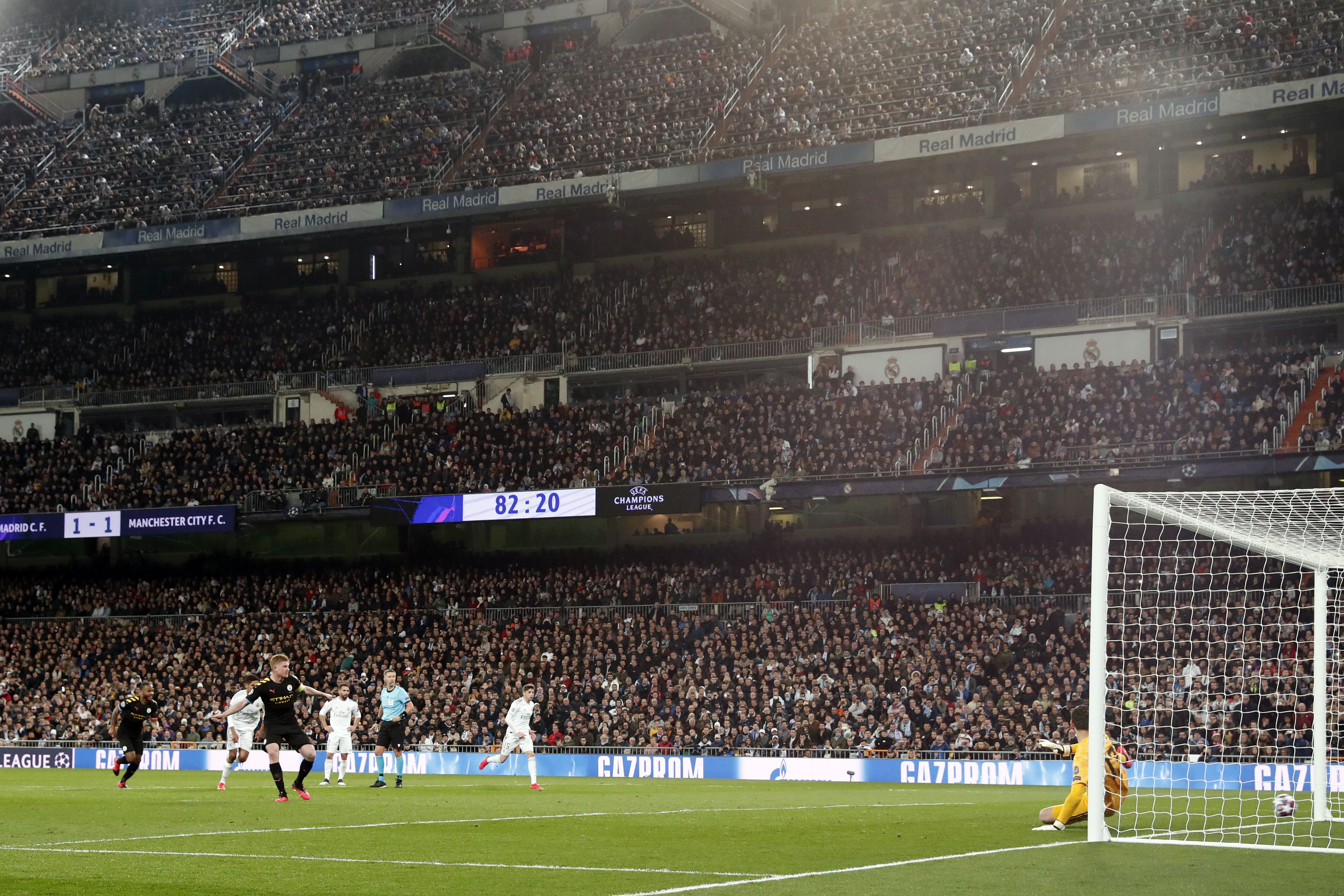 Hammers manager David Moyes is among those in quarantine.

It comes with the UK gripped by the crisis with millions of Brits sent home from work with over 500 confirmed cases and 10 deaths.

Prime Minister Boris Johnson has warned many people will lose loved ones in the coming months and told those with symptoms to self-isolate.