CALLUM SMITH suffered a horrific bulging arm after suffering a suspected detached bicep in his loss to Canelo Alvarez.

The British super-middleweight was out-classed by the Mexican P4P superstar via an unanimous points decision. 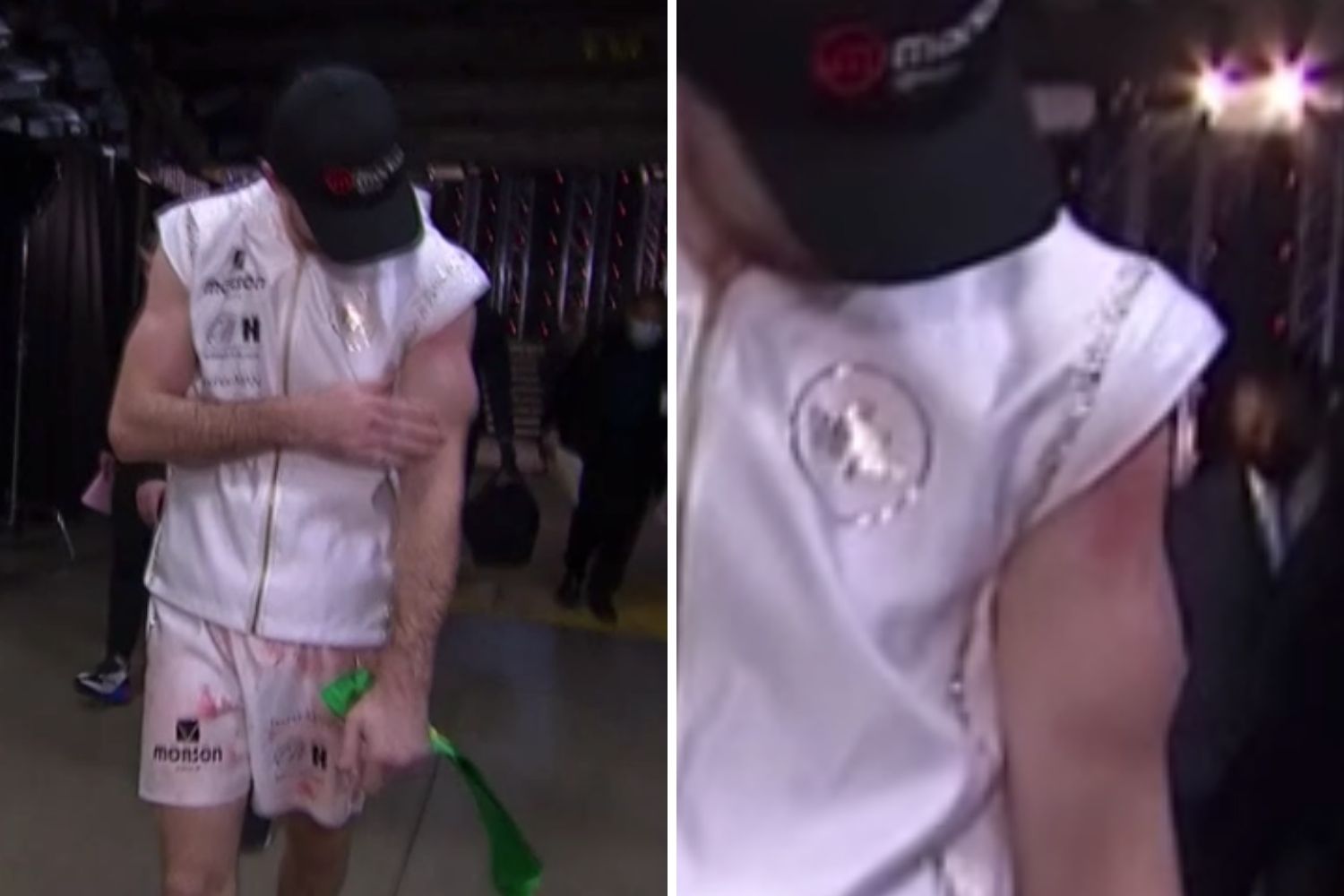 But he hinted in his post-bout interview that he suffered a left arm injury in the fourth-round of their Texas clash.

His promoter Eddie Hearn also told DAZN minutes after the match-up that Smith had suffered a suspected detached bicep.

If true, the Scouser would almost-certainly be forced into having surgery ahead of the upcoming Christmas break.

It is understood the pair even smiled and joked about how swollen his arm was in the middle of their fight.

Fans flocked to social media in shock of the injury, as Smith showed his gruesome arm in a live TV interview.

One viewer said: "They're saying that Smith's arm may have a detached bicep muscle. I mean…

And one joked: "Smiths left arm tried to give birth so he had 3 hands to try and land a shot."

Another said: "Extra props to Callum Smith if it’s true that his bicep detached mid fight.

"Surviving in with Canelo is one thing, doing it with one arm is madness?"

Canelo hinted after the fight that he would be interested in taking on old rival Gennady Golovkin for a trilogy bout.