An enthralling fourth Test between England and India remained intriguingly balanced at the end of the third day as the hosts edged to 8-260 and a lead of 233 runs on a wearing pitch that should continue to cause problems for the batsmen.

A battling 69 from Jos Buttler and an unbeaten 37 from Sam Curran ensured England reached the close just about on target for the win that would clinch the series. 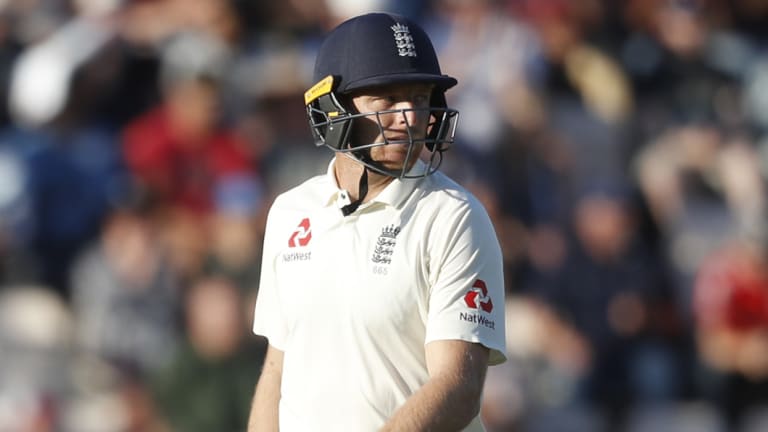 Crucial: England’s Jos Buttler after being given out lbw following his important innings in the fourth Test.

But India remain very much in the game, particularly after Mohammed Shami trapped Adil Rashid lbw for 11 in the final over, and will look to knock over the final two wickets cheaply on Sunday.

Much will rest on the 20-year-old shoulders of Curran who, after top-scoring in England's first innings, will look to push the lead towards 300 on Sunday, when conditions are forecast to be overcast and favouring the seamers.

"We've got plenty to work with already, but anything about 250 would be a great number to try and eke out tomorrow morning. That would give us plenty of runs on a challenging pitch," said Buttler.

For India to win, and level the five-match series 2-2, they will need to improve on their poor record of winning only three Tests outside Asia when set a target in excess of 200.

England had resumed on six without loss in the morning – a deficit of 21 – with their openers finally hoping to post the sort of partnership that has eluded them all series.

Once again they failed but several batsmen dug out valuable contributions each time India's attack sensed they might be getting on top. 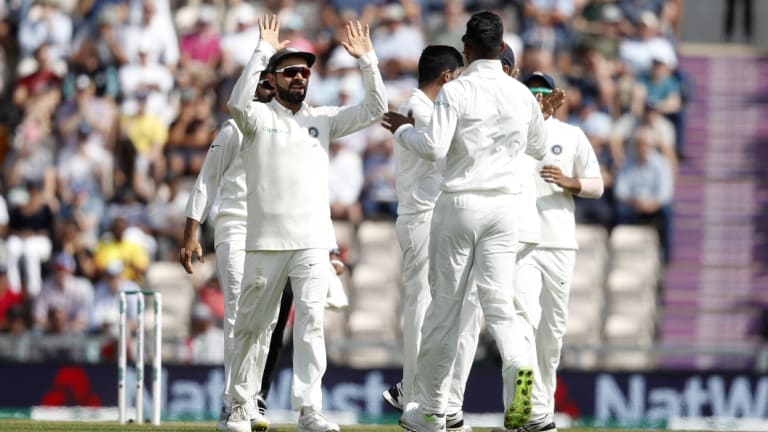 After Alastair Cook and the promoted Moeen Ali fell cheaply, Joe Root and Keaton Jennings provided the first resistance before the opener was trapped lbw by Shami for 36 to the final ball of the morning session.

Shami claimed another success with the first ball after lunch when he bowled Jonny Bairstow with a delivery the batsman completely misjudged.

Shami then ran out Root on 48 with a direct hit from mid-on to reduce England to 5-122.

But Buttler has provided terrific value down the order for England, top-scoring in three of his 10 innings since winning a recall this summer.

His half-century was his ninth in 24 Tests and third of a productive summer during which he also scored a century. After sharing partnerships of 56 with Ben Stokes (30) and 55 with Curran, he fell lbw late in the day to the new ball which Ishant Sharma moved back into his pads.

Sharma proved a real handful after earlier being twice warned for running on the pitch, a transgression that would have led to his removal from the attack if repeated.

Clearly concerned, skipper Virat Kohli voluntarily removed him from the attack just when his threat was at his most potent, allowing England to regroup at a key moment.

Shami was the pick of India's bowlers with 3-53.