RORY BURNS and Haseeb Hameed are not the sort of glory-seeking batsmen who will drag punters away from the bar.

They are patient and efficient and their job is to thwart the new ball and lay a foundation for strokemakers such as Joe Root, Jonny Bairstow and Moeen Ali. 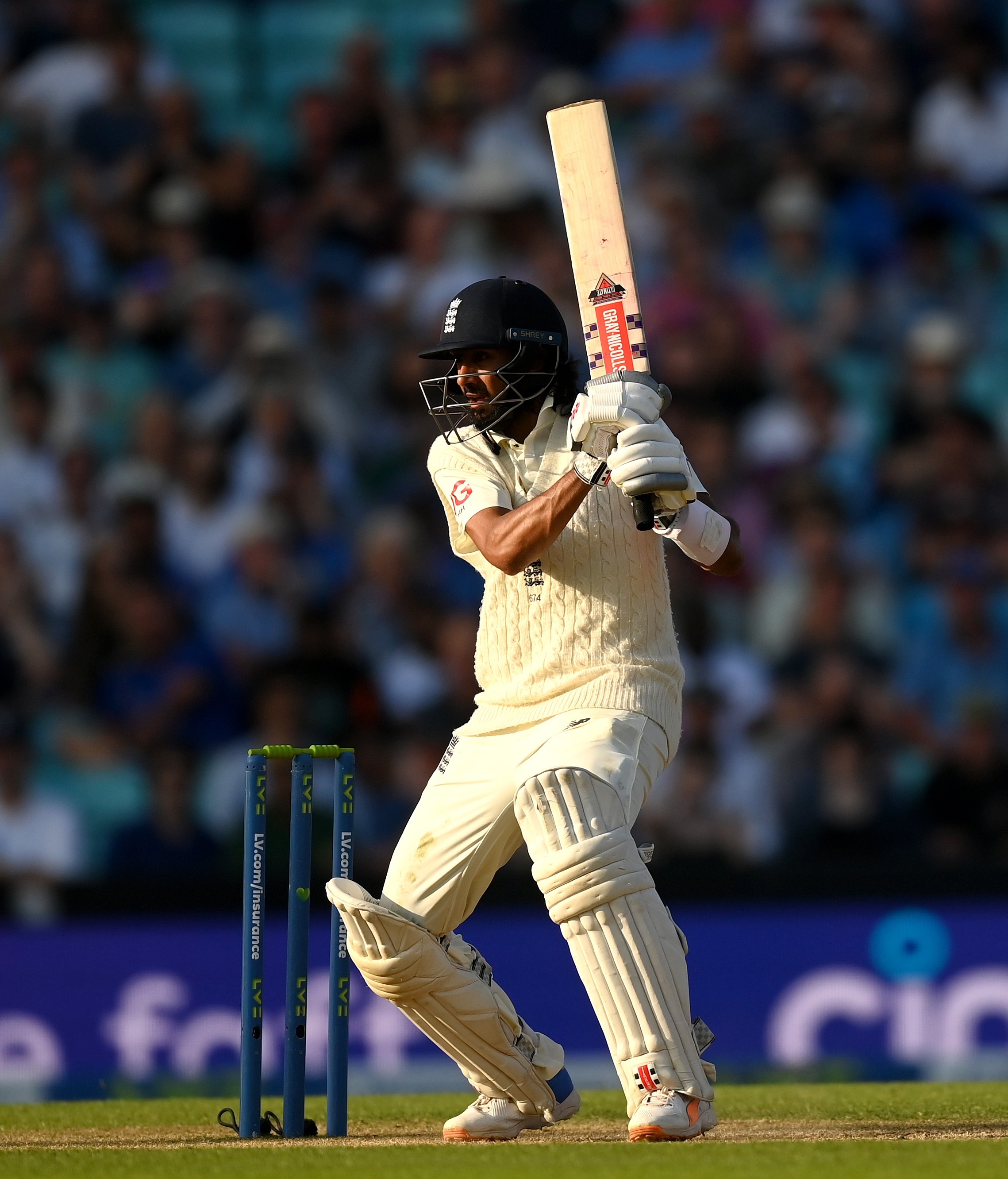 And that’s what they did at the Oval yesterday. Burns and Hameed negotiated the final 32 overs of day four and allowed England to start dreaming.

Dreaming of a remarkable, history-making victory. England have been set 368 runs to win this Fourth Test and, if they get there, it will be their highest run chase of all time.

The record currently stands at 362 – the number of runs a Ben Stokes-inspired England scored to beat the Aussies at Headingley two years ago.

With the pitch flat and the ball neither swinging nor seaming and spinning only occasionally, an England victory is not in the realms of fantasy.

A draw is the most likely outcome – who would have thought that when England were 62-5 on day two in reply to India’s 191 all out? – but Burns and Hameed have laid the bricks for something remarkable.

England are 77-0 and need a further 291 runs at a touch more than three-an-over.

The final day is sold out and the crowd should be in for a cracker.

England will hope for more from their openers this morning (Mon) and then it will be interesting to see their intent. Will Root and Co try to go for a win or settle for a draw?

Just as India struggled to make inroads with the ball, England took 148.2 overs and 669 minutes to bowl out India in their second innings.

It added up to England’s second successive draining day in the field.

The bowlers’ workload was massive and there was zero encouragement from a pitch resembling the Harleyford Road that runs alongside the ground.

The number of overs sent down by England’s three main quick bowlers was worrying with Jimmy Anderson bowling 33, Ollie Robinson 32 and Chris Woakes 32.

Anderson is aged 39, of course, Robinson is dealing with the extra intensity of Test cricket for the first time and Woakes entered the match having bowled only a handful of overs following a heel injury.

The team medics will probably say it puts them in the ‘red zone’ – where burnout and injury become more likely – and it would be no surprise if Anderson and/or Robinson is rested from the final Test at Old Trafford on Friday. 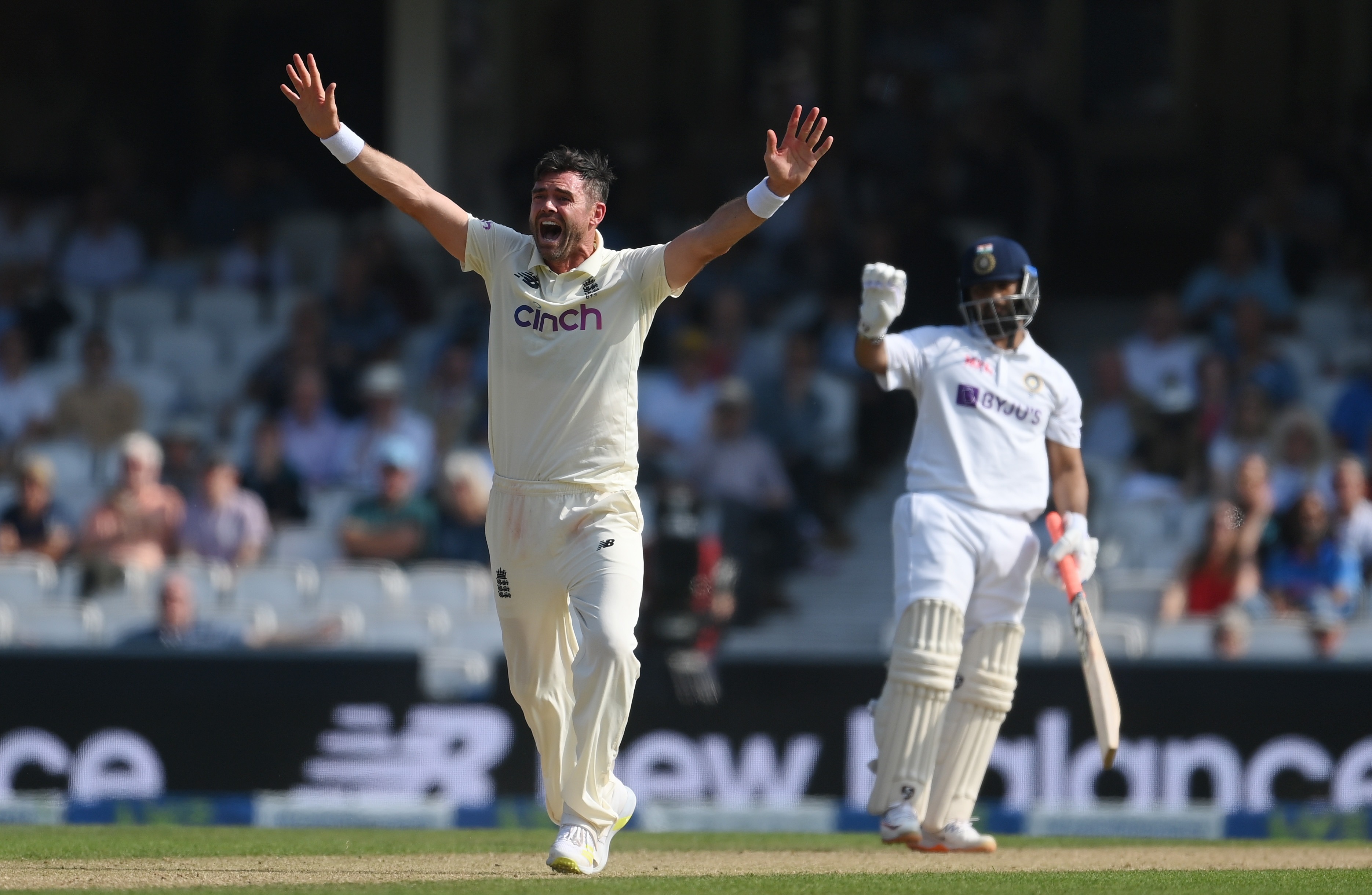 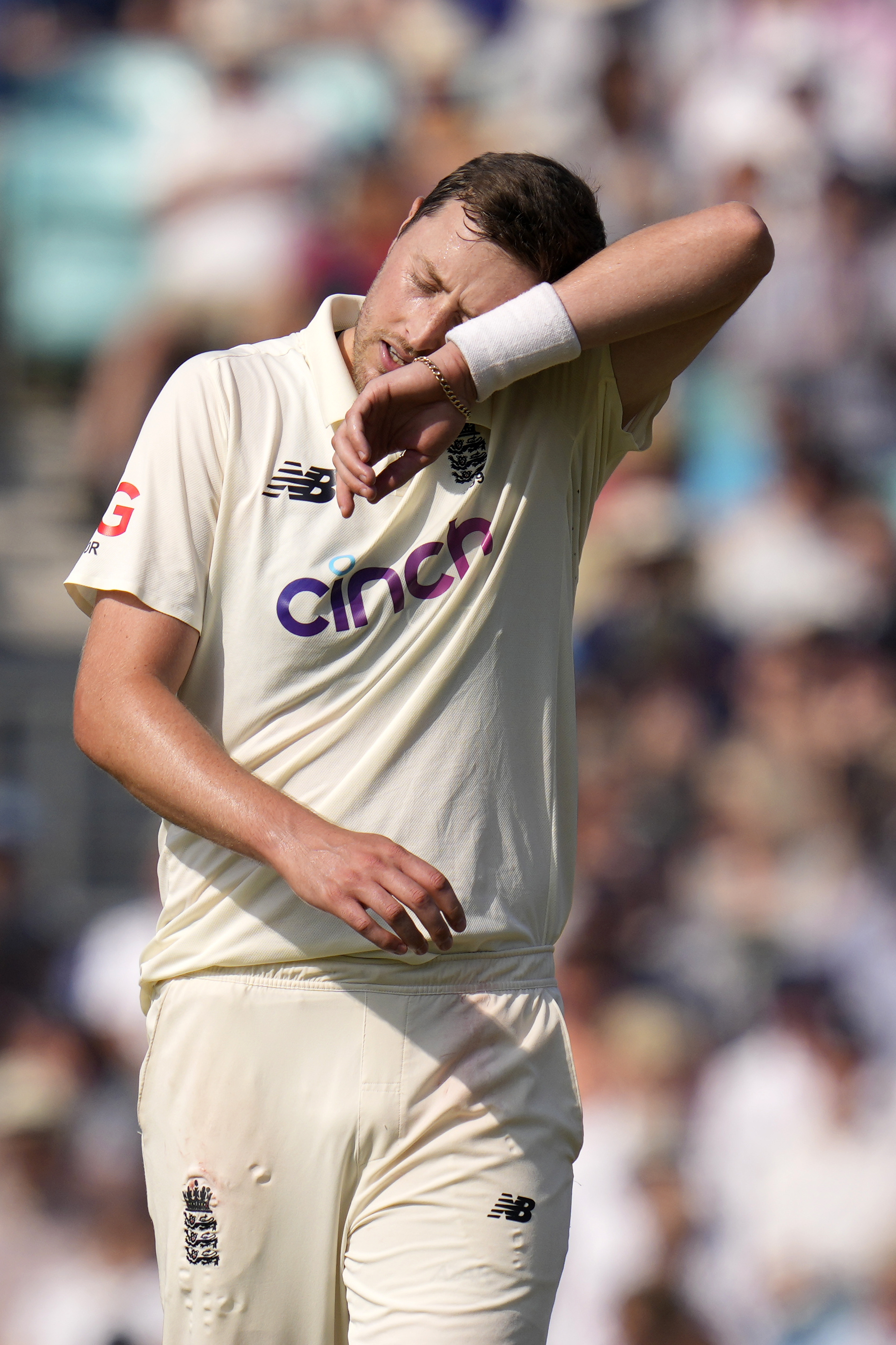 By comparison, Craig Overton was underused although his ration of 18.2 overs might have something to do with his niggling his side when he dived in the field on Saturday.

Trouble is, one of the fast bowlers who might come in at Old Trafford – Lancashire’s Saqib Mahmood – left the field clutching his side during a county match yesterday (Sun).

After taking just three wickets on Saturday, England did manage three more in the pre-lunch session.

Woakes had Ravi Jadeja lbw and then repeated the mode of dismissal to remove Ajinkya Rahane.

In fact, Rahane was also given out lbw in Woakes’ previous over but DRS showed the ball to be missing leg stump.

Virat Kohli looked in top touch but then, much to his disbelief, edged Moeen Ali to slip.

At that point, India’s lead was a manageable 213 runs but Rishabh Pant and Shardul Thakur put on 100 for the seventh wicket.

This was when the volume of overs really started to take a toll on England’s bowlers.

Root eventually brought himself on and had Thakur caught at slip and Pant drove a catch back to Moeen.