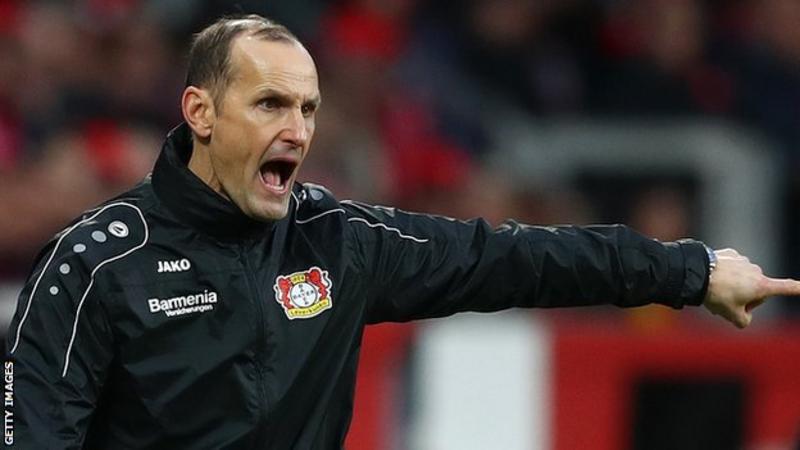 Herrlich, whose side face Wolfsburg on Saturday, told a news conference on Thursday that he had visited a shop, breaking league rules.

Teams preparing for the German league to restart this weekend have been staying in quarantine.

“I made a mistake by leaving the hotel,” he said in a statement later.

Herrlich, 48, was appointed on 10 March and the home match with Wolfsburg was set to be his first in charge.

“Even though I have followed all hygiene measures both when leaving the hotel and otherwise, I cannot undo this,” he said. “In this situation, I was not able to act as a role model for my team and the public.

“I will therefore be consistent and stand by my mistake. Because of this misconduct, I will not be leading the training [on Friday] and will not be in charge of the team against Wolfsburg on Saturday.”

Speaking at a video news conference earlier, he had said: “I have no toothpaste and then I went to a supermarket.”

The club said players and staff are being regularly tested for coronavirus and Herrlich will be able to resume training after two negative test results.

Augsburg are 14th in the Bundesliga, five points above the relegation zone.