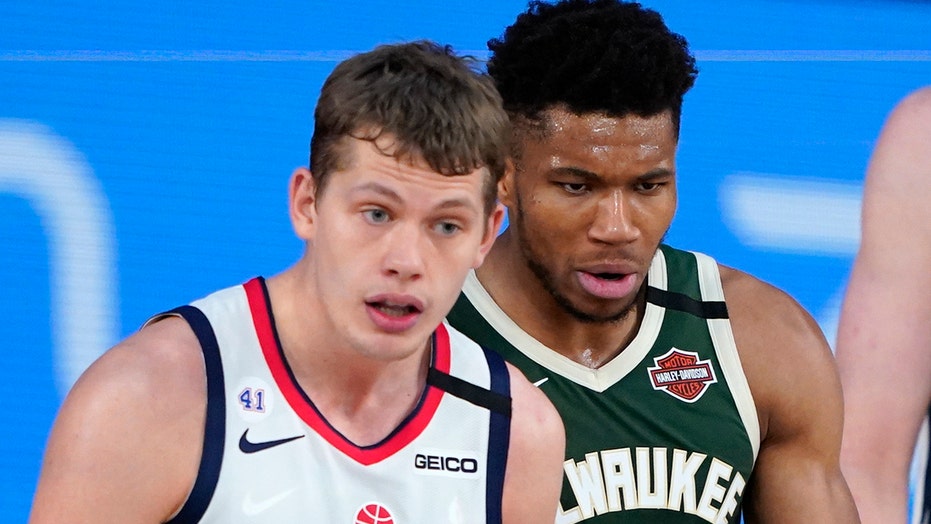 Giannis Antetokounmpo, the Milwaukee Bucks star and NBA MVP candidate, was ejected from the team’s win over the Washington Wizards on Tuesday night after he headbutted an opponent.

Antetokounmpo and Wizards player Moe Wagner started trash-talking each other as the Bucks were challenging a call. Antetokounmpo approached Wagner and headbutted him. The league’s best player was thrown out of the game in the second quarter.

After the game, Bucks coach Mike Budenholzer said tension had been boiling between the two teams all game long.

“This is nothing new,” Budenholzer said. “Giannis has been dealing with this for a long time. He is the MVP. He normally is phenomenal and today was a slip-up. In some ways, it could be one of the best things that happened today as a learning moment. We will all remember that we have to keep our cool — players and coaches.”

The Bucks' Sterling Brown said Antetokounmpo was “fed up.”

Wizards coach Scott Brooks said there is “no place for that” in the league despite his respect for "The Greek Freak."

“That was a very strange few seconds,” Brooks said. “Moe stepped in and took a charge. That is what you have to do. You have to drop off him and force him to shoot and if he drives step up and take a charge. A few seconds later, he took a headbutt.”