The 41st edition of the Dakar Rally – an instalment that organisers promise "unparalleled intensity" – gets underway in Peru on Monday morning, with Australian off-road motorcyclist Toby Price determined to claim a second Dakar win.

Less than a month ago, Price broke a bone in his right wrist. In a more conventional sport, the Gold Coast 31-year-old would have been put on ice for a future event and enjoyed an extended summer break on the shores of Broadbeach. 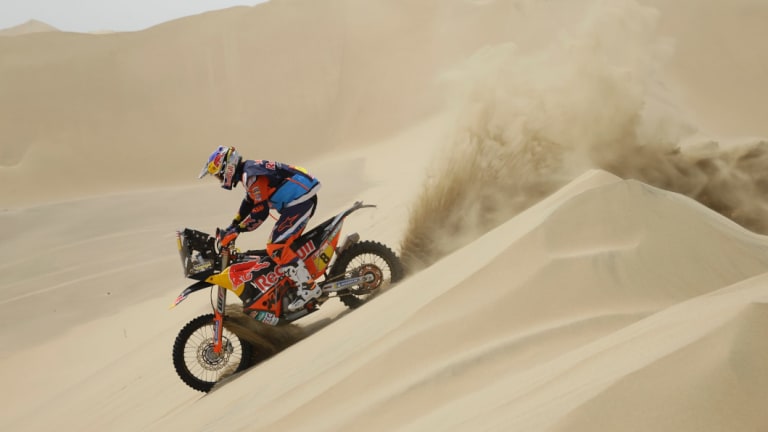 Toby Price takes to the dunes in the 2018 Dakar RallyCredit:AP

But that's not how Price rolls.

"Always gotta make it difficult, I never take the easy road!" Price posted on Instagram. "A crash seen a small break in my wrist, all is screwed in place, rehab starts in 4 days and believe me I’ll still be on that start line come January. I’ve beat the odds before and I’ll do it again."

After dominating the bike category in 2016 to become the first Australian Dakar champion, a serious crash in the 2017 edition saw him shatter his femur in four places and turned the bone into what he called a "jigsaw puzzle".

But Price rebounded strongly to finish third last year, kicking off an excellent 2018 that saw him become the first Australian to be crowned world rally champion, winning the Rallye du Maroc. He now begins the 10-day, 5000-kilometre Dakar as part of a KTM stable looking for its 17th consecutive bike class victory.

"2018 has been an incredible year for me. Finishing the Dakar on the podium in third after only just coming back from injury was great. The world championship didn’t start quite like I would have hoped, but I was able to keep my head together, stay consistent and the results finally came," Price told Dirt Action last month.

"It’s going to be a bit of a strange Dakar, the route looks like about 70 per cent is in the dunes and it’s going to be a real challenge, certainly no time to relax. In the past there have been days where you can pace yourself and still get a good result by concentrating on navigation and riding smooth – on this one I think it’s going to be flat-out from the very beginning.”

Price's KTM teammate Matthias Walkner, from Austria, is the defending champion in the motorcycle category. 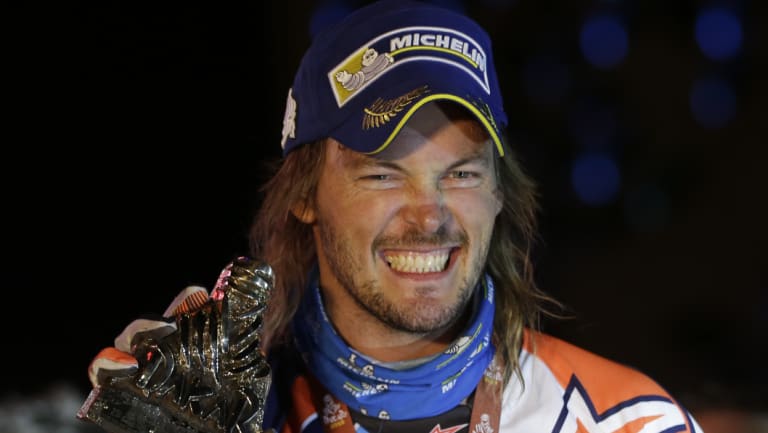 The event is the brainchild of Frenchman Thierry Sabine, who went off course in a 1977 rally through the Ténéré Desert and was inspired by the vast expanses of the landscape somewhere between Chad and Niger.

The idea spawned an event that was last year broadcast to 27 million people in 190 countries, generating around $300 million in revenue and attracting several million live spectators.

A deadly 2007 terrorist attack on French tourists in Mauritania rendered the name of the rally anachronistic, when – after a hiatus in 2008 – it moved from the dry African heat to the mountainous dunes of Peru, Bolivia and Argentina.

Navigating thousands of kilometres of unpredictable terrain without assistance makes Dakar an 'extreme' form of sport by any standards.

Around 70 people involved in the race have died since its inception. Heart attacks and crashes have claimed victims over the years.