Melbourne Boomers and Dandenong Rangers will play a Christmas-time derby on December 23 as the WNBL released its schedule on Tuesday.

The Boomers and Rangers will play at the State Basketball Centre  with just a month left in the season so it could be a game with serious finals implications along with the usual passion of the cross-town rivalry.

The Boomers are seeking to go one better after falling a win short in last year’s WNBL grand final while the re-tooled Rangers want to return to the top four after missing out. 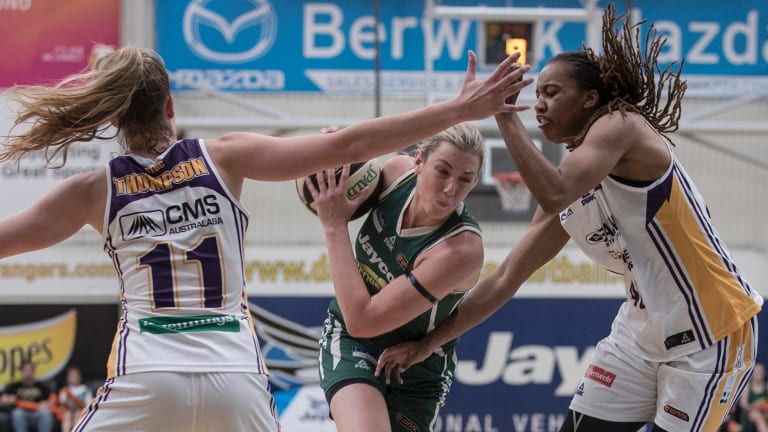 The Boomers and Rangers will meet in a Christmas-time showdown.

Melbourne and Bendigo Spirit will open the new season in Victoria with a clash at the State Basketball Centre on October 13 while the Rangers travel to reigning champions Townsville Fire for an October 14 showdown to end round one.

The Boomers play the much-improved Spirit and Canberra Capitals twice each in the opening four rounds and play four games in eight days from November 3 to 11 due to hosting their much-celebrated Melbourne Cup Eve game on November 5, with Bendigo this year’s opponent.

If the Boomers can win those early games it will give their campaign a jump start following the departure of Liz Cambage and the signing of Opals squad members Steph Talbot, Cayla George and Ezi Magbegor.

The Rangers have some of their toughest games early on but have them at home with Sydney University Flames, Perth Lynx and the Boomers all scheduled to visit Dandenong Stadium in the opening month.

The Boomers and Fire will have their first regular season meeting since last season’s grand final series in Townsville on November 11 while both Adelaide Lightning and Sydney University Flames have scheduled double-headers with their in-state NBL clubs.

The Spirit will host Dandenong at their newly built show court at Bendigo Stadium on October 20.

League bosses have responded to some of the criticisms from last year’s compact schedule with one game per team to start and end the season, the early season will be a trying one for the Opals players who play in the FIBA Women’s World Cup in Spain from September 22 to 30 before linking up with their WNBL or overseas sides.

The WNBL starts a week later than usual to give those players and their teams time to get reacquainted.

The WNBL is Australia’s longest-running elite female national league and will enter its 38th season with a new naming rights sponsor in Chemist Warehouse and a continuing television deal to have one game a week broadcast on Fox Sports.

Several stars are also returning from injury or overseas with Tess Madgen (Townsville), Sara Blicavs (Dandenong) and Alex Bunton (Sydney) back on court while Marianna Tolo (Canberra) is expected to return from a knee injury in November.

The WNBL season tips off on October 12.