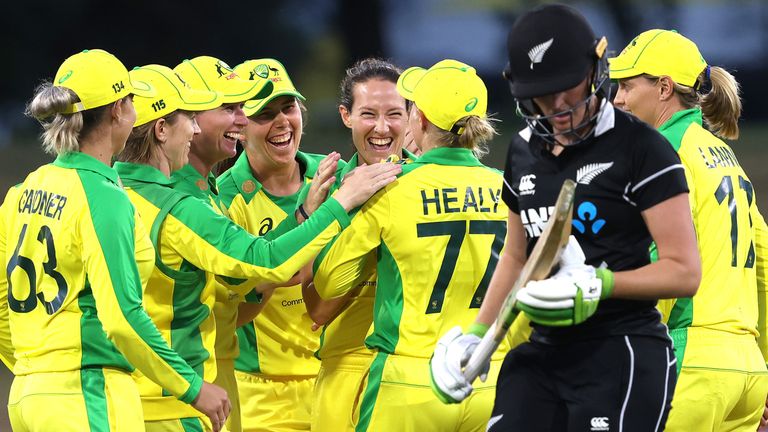 Australia Women extended their record winning streak in one-day internationals to 24 matches with a 21-run victory in a rain-shortened game against New Zealand, earning Meg Lanning’s side a 3-0 series sweep.

Australia – who had broken Australia men’s world record of 21 consecutive ODI victories with their win over New Zealand in the first match of the series – beat the White Ferns in a 25-over-a-side clash at Bay Oval in Mount Maunganui on Saturday.

The tourists made a promising start with the bat, reaching 73-0 after 10 overs, but then collapsed to 80-4 with New Zealand spinner Leigh Kasperek doing the bulk of the damage during a triple-wicket maiden in which she removed Alyssa Healy (46), Ashleigh Gardner (1) and Rachael Haynes (0).

Australia scrambled up to 149-7 and that total proved too taxing for New Zealand, who made only 128-9 in reply with only two batters – tailender Lea Tahuhu and captain Amy Satterthwaite – making it into the 20s. 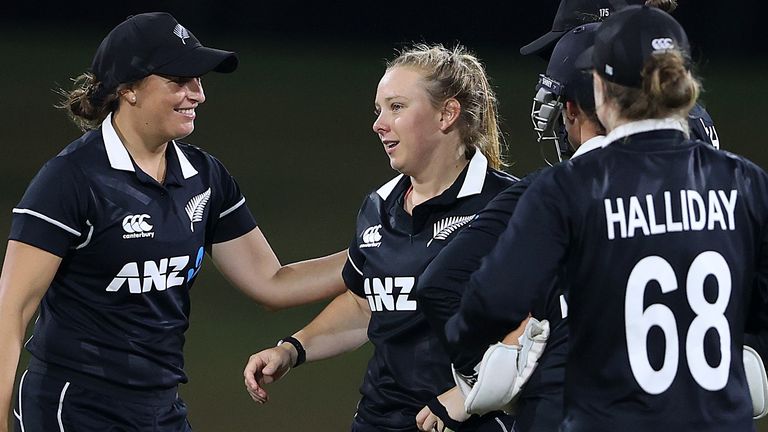 The hosts had made a superb comeback with the ball after Healy and Beth Mooney (28) shared a half-century stand for Australia’s opening wicket once the rain relented in Tauranga.

Mooney slapped seam bowler Tahuhu (2-30) to Kasperek at backward point two balls into the 11th over before Tahuhu ran riot in the 12th.

The Scotland-born off-spinner had Healy caught at long-on first ball, bowled Gardner between bat and pad fourth ball, and then forced Haynes to chop on to her stumps next delivery for a golden duck. 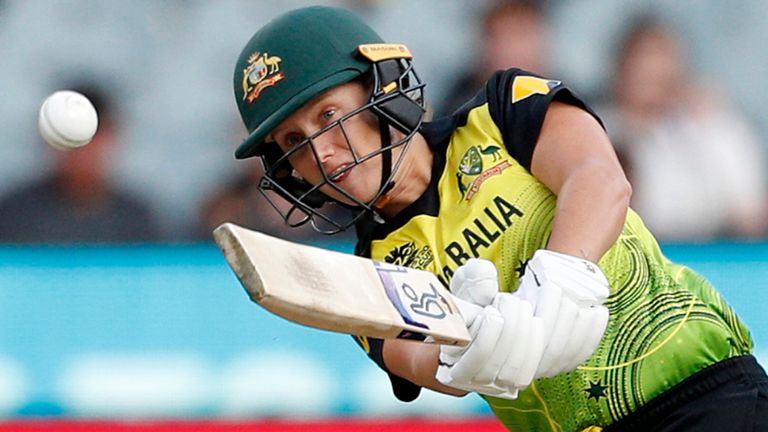 Ellyse Perry (13), Lanning (15), Nicola Carey (13) and Georgia Wareham (18no) then made double-figure contributions to take Australia just shy of 150.

New Zealand struggled to keep up with the rate amid some tight bowling from the likes of Jess Jonassen (1-14) and Megan Schutt (2-22) and lost wickets at regular intervals during a stuttering chase.

The home side were 77-6 after 20 overs but Lauren Down (16), Jess Kerr (17 off 9) and Tahuhu smashed eight boundaries between them in the final five overs to reduce the margin of their team’s defeat.