PIERRE-EMERICK AUBAMEYANG has hinted to fans he will sign a new contract at Arsenal.

The Gabonese striker has one year left on his current deal at the Emirates and negotiations are thought to be ongoing regarding a possible renewal. 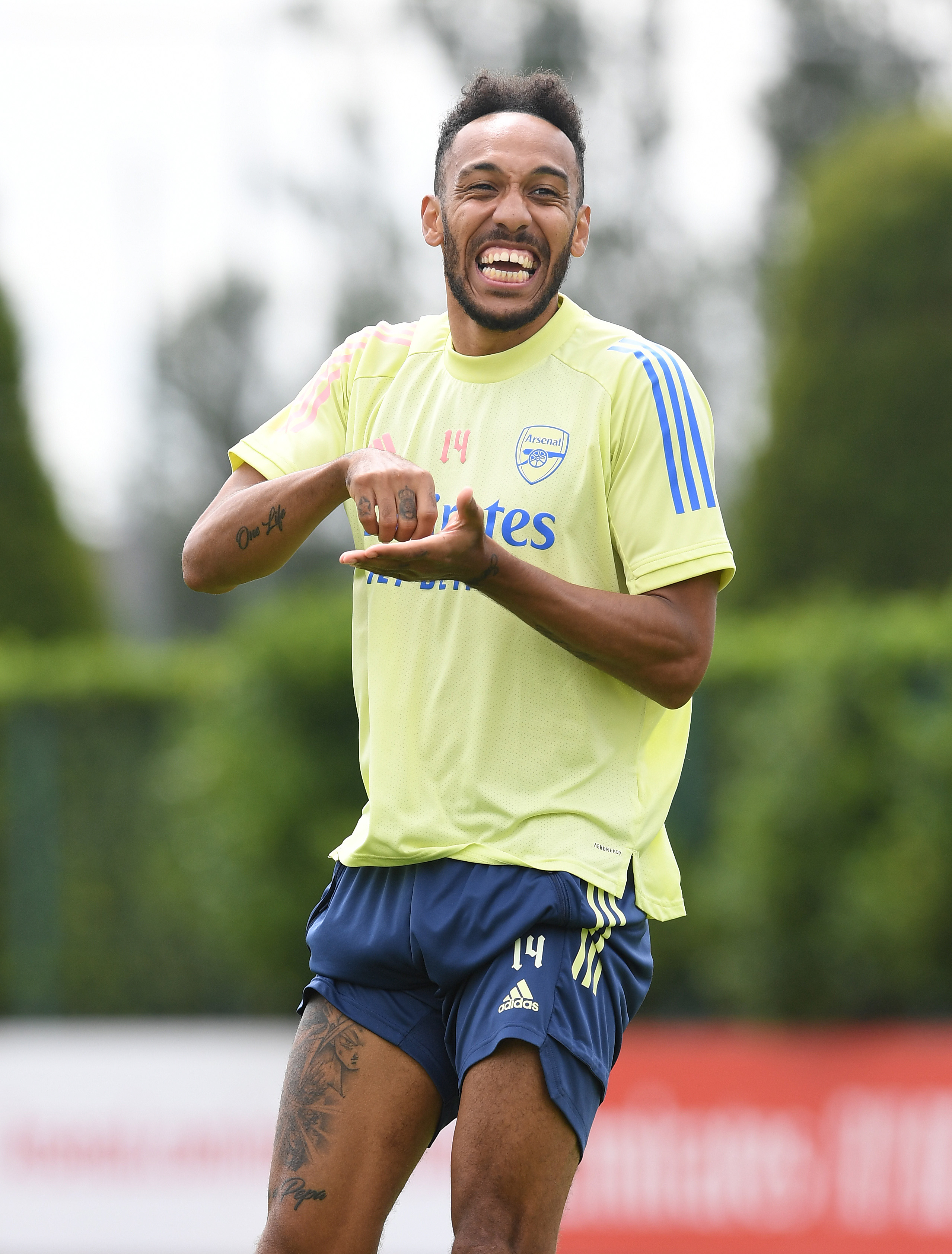 The Arsenal captain seems to be enjoying the speculation regarding his future as he smiled away while pretending to write something on his hand.

The action sent Gunners fans into a frenzy on social media.

"Don't tease us @Aubameyang7," tweeted one.

Alongside David Luiz and Bukayo Saka, the pair were featured in the launch of Arsenal's new home kit this week.

"I'm sure for both parties, the quicker we can do it, the better for everyone.

"I am confident he will extend his stay."

Aubameyang will be hoping to help Arsenal to a win on the final day of the Premier League season as his side take on Watford today.