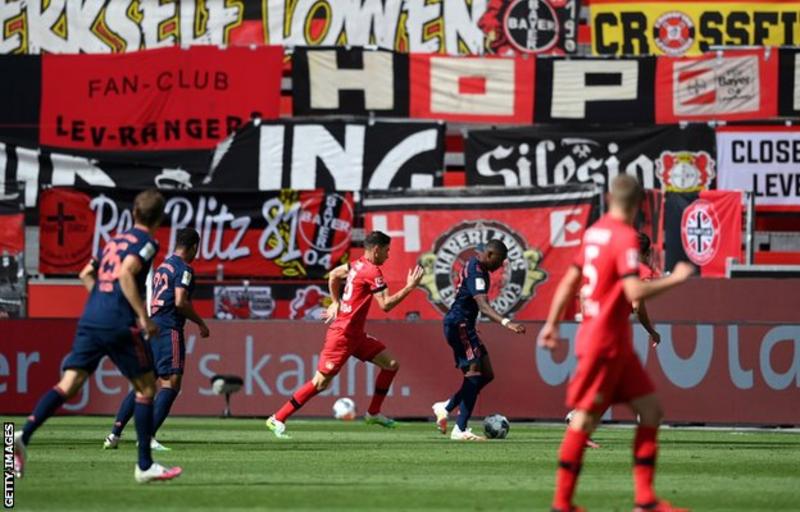 When the Premier League returns on 17 June, television viewers will have the option to switch on artificial crowd noise during matches.

With games being played behind closed doors because of coronavirus, clubs, leagues and broadcasters are seeking the best way to showcase matches and mitigate the loss of spectators from stadiums.

How it works is quite clever – an “audio carpet” for the basic noise is taken from the previous meeting and it is mixed with the real noise of the game. Reaction samples for scenarios such as penalties, fouls and decisions from VAR are created and “inserted” by a watching producer.

Sky Sports and BT Sport will both use the artificial crowd noise when the Premier League returns, with viewers also being given the option of switching it off.

But does it improve the viewing experience?