The Gunners legend believes the forward's prolific form could make him a target for Europe's biggest clubs. 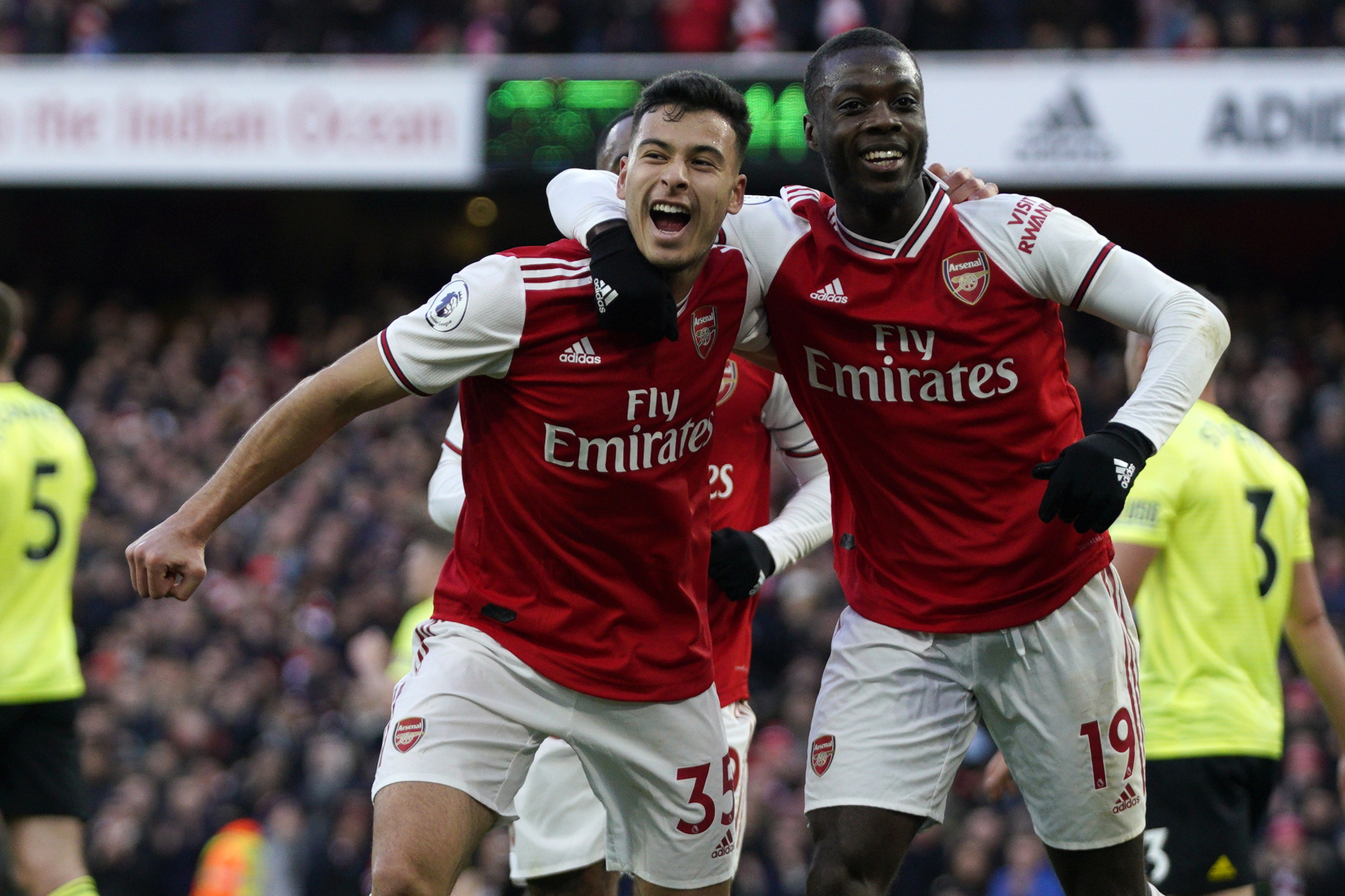 Speaking on Radio 5 Live Wright said: "'We're lucky to have him and if he carries on improving the way he is, then it's going to be very difficult to keep hold of him.

"He's so hungry. I think it's only Jadon Sancho as a teenager who has scored more goals than him in the top five leagues so he's somebody that has definitely got something in him.

Martinelli, 18, has settled in well in the squad following his £6m move from Brazilian club Ituano.

He played 90 minutes in Saturday's one-all draw with Sheffield United, netting in the absence of Pierre-Emerick Aubameyang.

Manchester United and La Liga giants Barcelona were among the sides vying for the teenager's signature before Arsenal signed him.

The pacy forward has since emerged as a fan favourite having scored nine times in all competitions this season.

A brace he scored in a League Cup clash with Liverpool led Reds boss Jurgen Klopp to describe him as "a talent of the century."

The teenage striker has turned to Wright for advice with the former England star happy to give the teen some pointers.

Wright added: "I've been in contact with him with texts and things, you can see that all he wants to do is do well.

"If they can create chances, the way he moves into the box, he's going to score goals and that is what we need to concentrate on with Arsenal, scoring more goals and creating more chances."