ARSENAL will not flog Nicolas Pepe out on loan in January despite his headbutt shame.

The Ivorian winger left his manager Mikel Arteta furious over his ‘unacceptable’ conduct after he was red carded against Leeds for nutting Ezgjan Alioski. 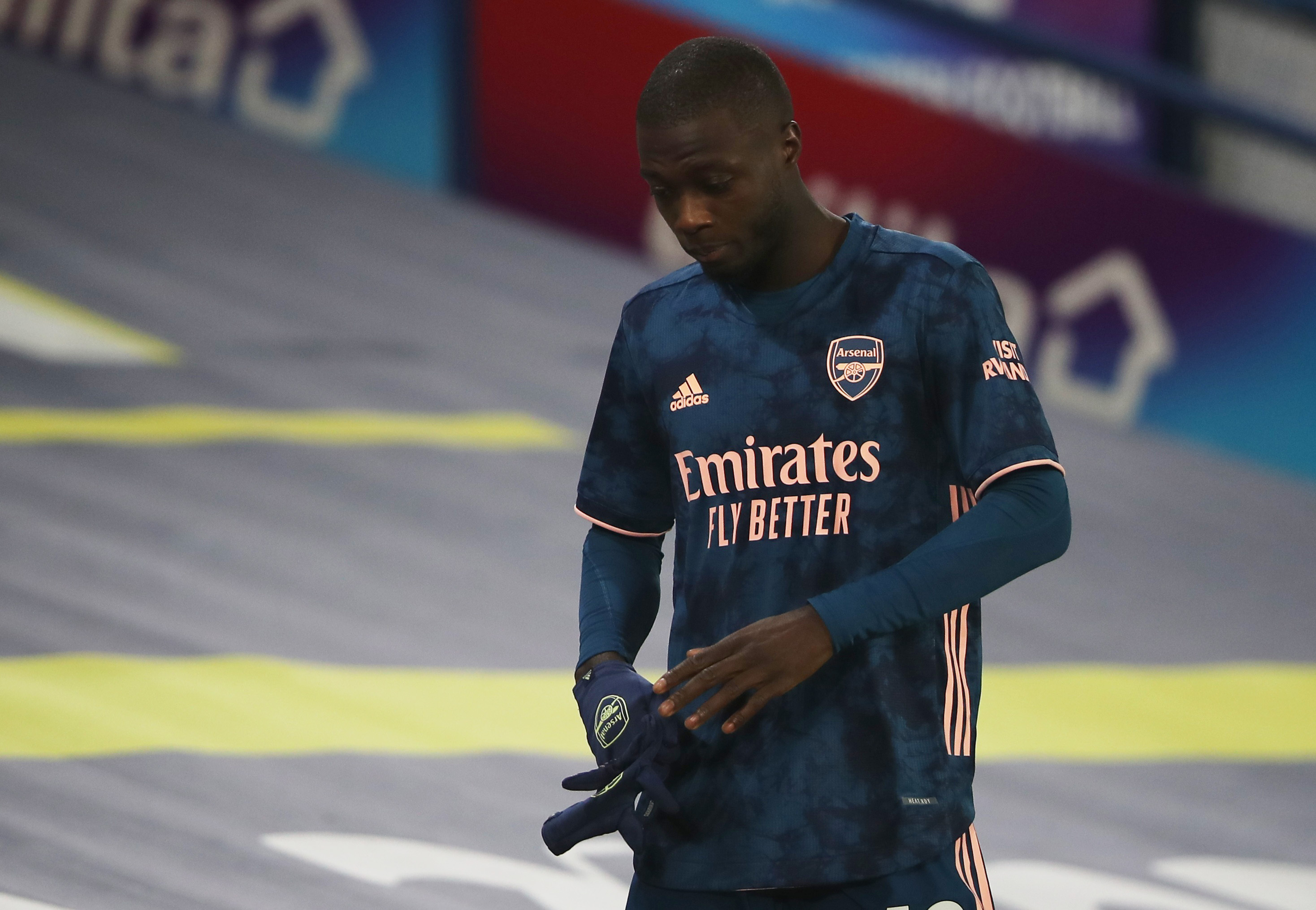 The Gunners boss confirmed afterwards he planned to hold talks with the 25-year-old after he left his team to play the second half of the goalless draw with a man less.

According to The Times, that has added to Arteta’s doubts over Arsenal’s club-record signing on whether he can cut-it at the top-level in the Premier League.

That was just Pepe’s second start of the campaign, and it is widely-believed Arteta’s patience is wearing thin with the ex-Lille ace.

However, today’s report states the Gunners are not looking to offload him in January.

Arteta will hold further talks with Pepe on Wednesday but despite his anger over his recent on-field actions, he wants to keep the attacker.

And that is largely down to the hectic fixture coming up for Arsenal both domestically and in the Europa League.

Chiefs at the Emirates remain hopeful that he can recapture the form that led to them splashing out £72m to sign him from LIlle in the summer of 2019.

He scored an impressive 22 goals and produced 11 assists during his final campaign in France.

Pepe is part of the Arsenal squad that is travelling to Norway today for their Europa League group stage clash against Molde tomorrow.

His red card was the fifth received by an Arsenal player since Arteta’s arrival 11 months ago.

Pierre-Emerick Aubameyang was dismissed against Crystal Palace in January.

David Luiz has been giving his marching orders twice, once against Chelsea and the other versus Manchester City.

Meanwhile Eddie Nketiah was sent off for a dangerous tackle on Leicester’s James Justin in July.