ARSENAL star Martin Odegaard admits he dreamed of scoring a goal against Tottenham.

And a dream week for the midfielder was sealed after being named Norway captain at the age of just 22. 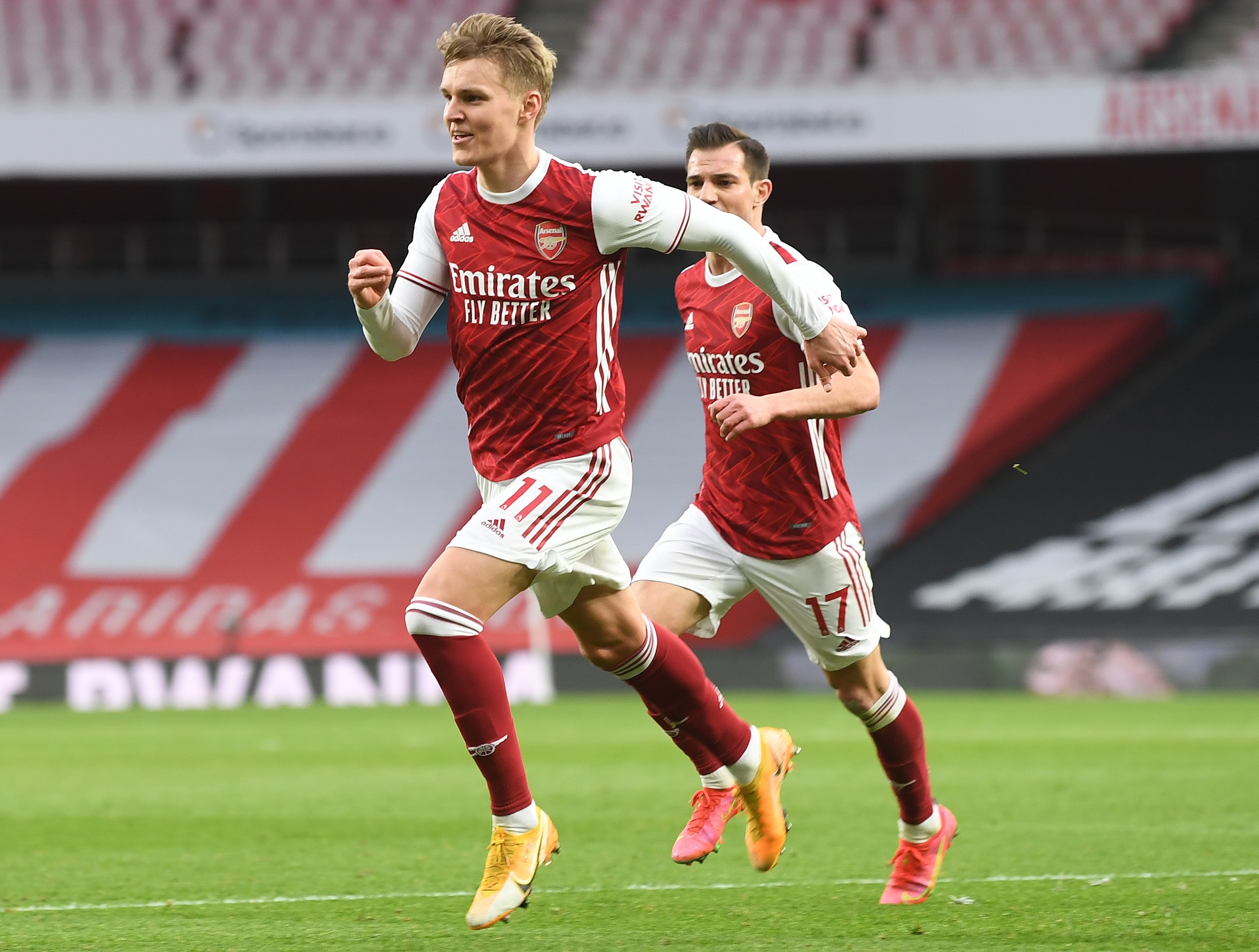 Odegaard has impressed since joining the Gunners on loan from Real Madrid.

And he had plenty to celebrate this week after scoring in both wins over Olympiakos and rivals Tottenham.

The rising star started Arsenal's comeback against Spurs by equalising with a deflected first-half effort as the hosts won 2-1.

The attacker produced a stunning 25-yard strike to net in Greece last week and he followed it up with a vital goal in the North London derby.

Odegaard told the club website: "It was a dream come true today and also it was a big win in the derby so I’m really happy for the team.

“This was for our fans and I hope they are happy with us today."

Odegaard has now been named Norway's new captain after the appointment of Stale Solbakken.

He has won 25 caps for his country and Solbakken has decided to build his team around him, even at such a young age.

The attacking midfielder has settled into life at Arsenal quickly and hinted recently he was keen to stay in London beyond the end of this season.

Odegaard told BT Sport: “I have felt at home since the first day, I am happy to be here and I feel great so I'm very pleased to be a part of the team."