PIERRE-EMERICK AUBAMEYANG showed his generosity after paying for a 7-a-side match in Italy and gifting every player a Gunners shirt.

The former AC Milan youth player was visiting his brothers Willy – who has dropped a hint Auba could be staying in North London- and Catilina, before they showed up to a football centre in Varese. 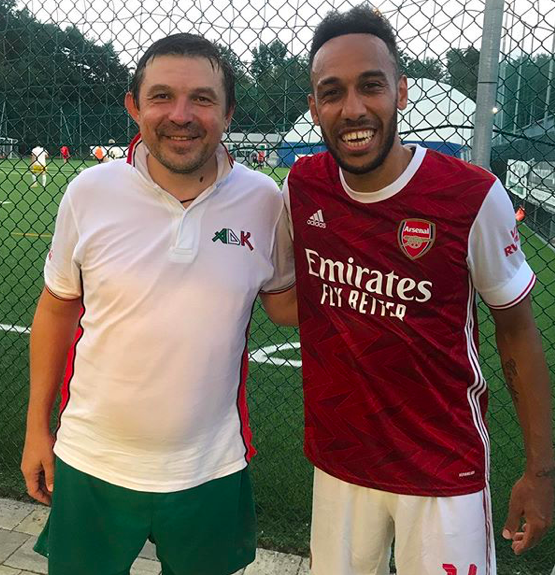 According to Gazzetta, the game also featured ex-Belarusian striker Vitali Kutuzov, who lives in the area, as well as rapper Fabio Rizzo.

Aubameyang's team all wore Arsenal shirts and the forward then made sure he paid for the pitch.

The 31-year-old also handed out Gunners shirts for all the players to keep.

Aubameyang in 2016, when playing for Borussia Dortmund, played in a tournament at the Franco Ossola stadium, situated in Varese.

He was last year in Legnano, which is in the north-westernmost part of the Province of Milan, for a friendly match with friends and relatives.

His brothers still live in Italy, and he appears to have a tradition of visiting them for a kickabout, and paying for it.

Aubameyang has just one month until the Premier League restarts.

He scored twice for Arsenal in the last match he played, a 2-1 FA Cup final win against Chelsea.

The striker, with one year left on his contract, is yet to pen a new deal despite talks progressing well.