ARSENAL loanee Martin Odegaard has reportedly upset Real Madrid by failing to confirm that his future lies at the Bernabeu.

Odegaard, 22, has joined the Gunners until the end of the season after just nine appearances for Zinedine Zidane's side in the first half of the 2020-21 campaign. 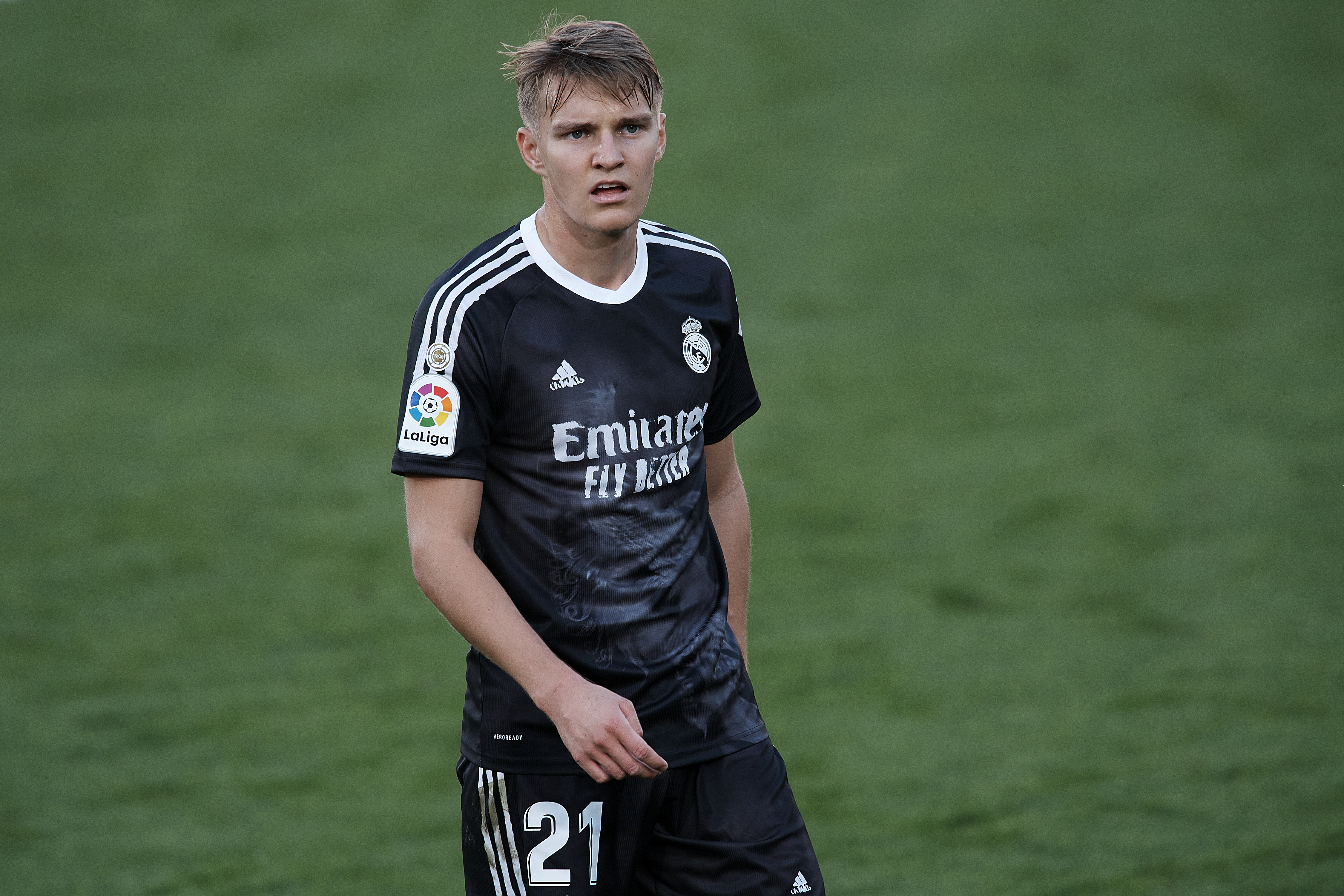 And while Real Madrid still fully intend for the Norwegian international to return in the summer, his recent comments appear to suggest he may have other plans.

Odegaard said: "You never know what happens, but first of all my focus is about the rest of the season.

"Hopefully (I will) help the team, and then we’ll see what happens."

According to reports from Defensa Central, his comments have annoyed those at Madrid.

Arsenal did not agree an option-to-buy clause in Odegaard's loan move, meaning it will be very difficult for them to pinch him away from Los Blancos.

Since arriving at the Emirates last month the youngster has made three appearances for Mikel Arteta's side.

And although he has not yet created or scored any goals, he did impress in his first start for the club against Leeds on Sunday.

BETS OF THE DAY: GET MANUTD AT 11/1 TO WIN TONIGHT – PLUS HUGE EUROPA LEAGUE BOOSTS

Odegaard showed his talent during his spell with Real Sociedad last season where he scored seven goals and assisted another nine in 36 games.

Meanwhile, Arsenal have recovered from a shocking start to the campaign by moving into the top half of the Premier League table with a 4-2 win over Leeds at the weekend.

Next up for the Gunners is the first leg of their Europa League last 32 tie against Benfica tonight.

The match, which was originally due to take place in Portugal, is being played in Rome due to coronavirus restrictions.