But some supporters were not happy to tempt fate as the race for the top-four hots up. 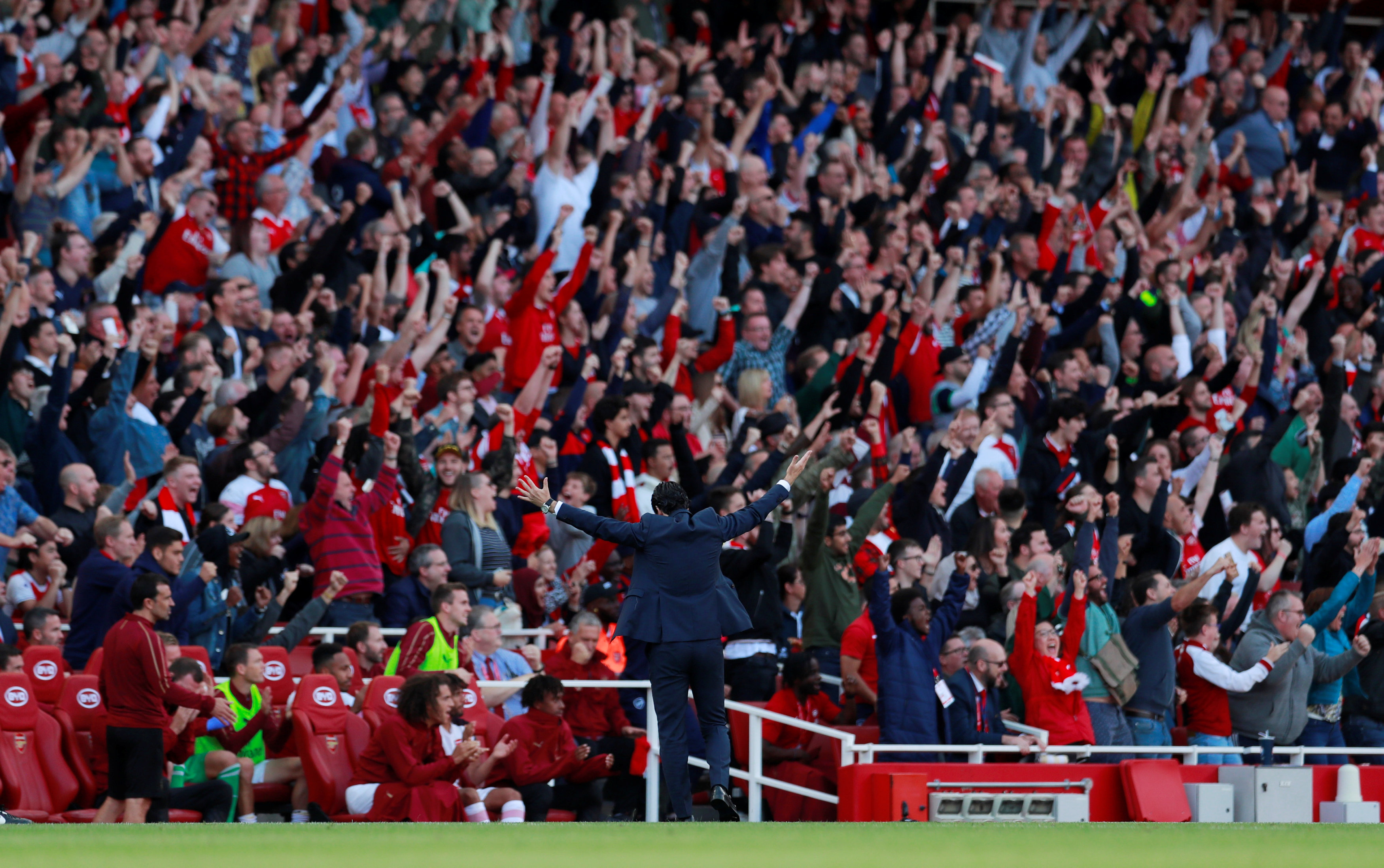 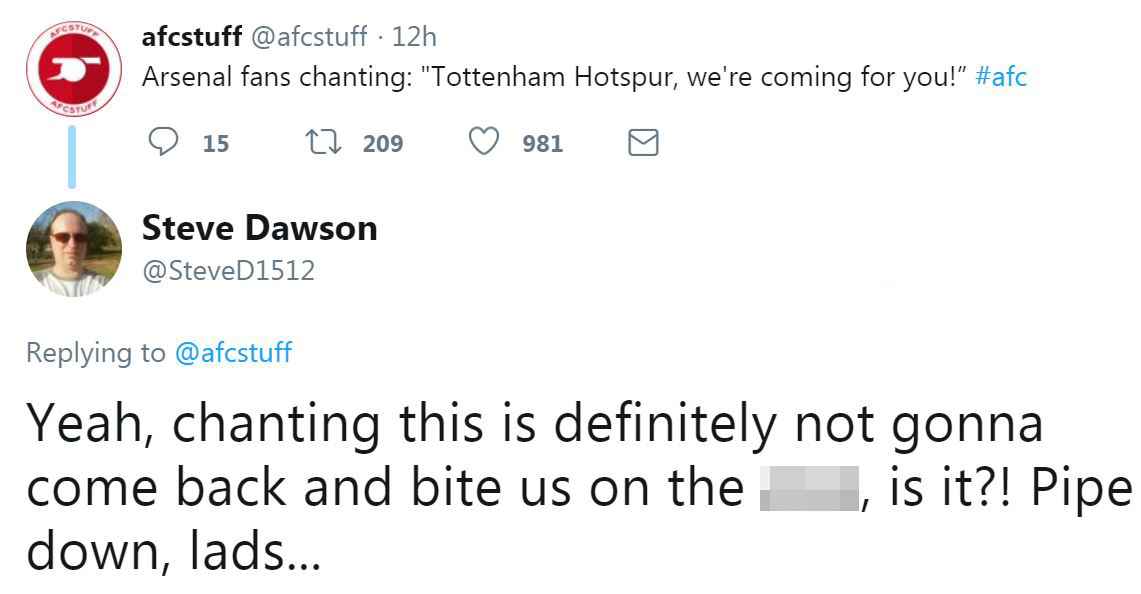 The Gunners are now just four points behind third-place Spurs in the Premier League – with the two teams facing each other next.

While Arsenal were putting Bournemouth to the sword at the Emirates, Tottenham's title challenge was well and truly extinguished at Stamford Bridge.

Pedro and a Kieran Tripper own goal saw Maurizio Sarri's side earn a well-needed victory after the Kepa fiasco.

As news filtered through at the Emirates how their great rivals were getting on, Gunners fans were heard to be getting excited. 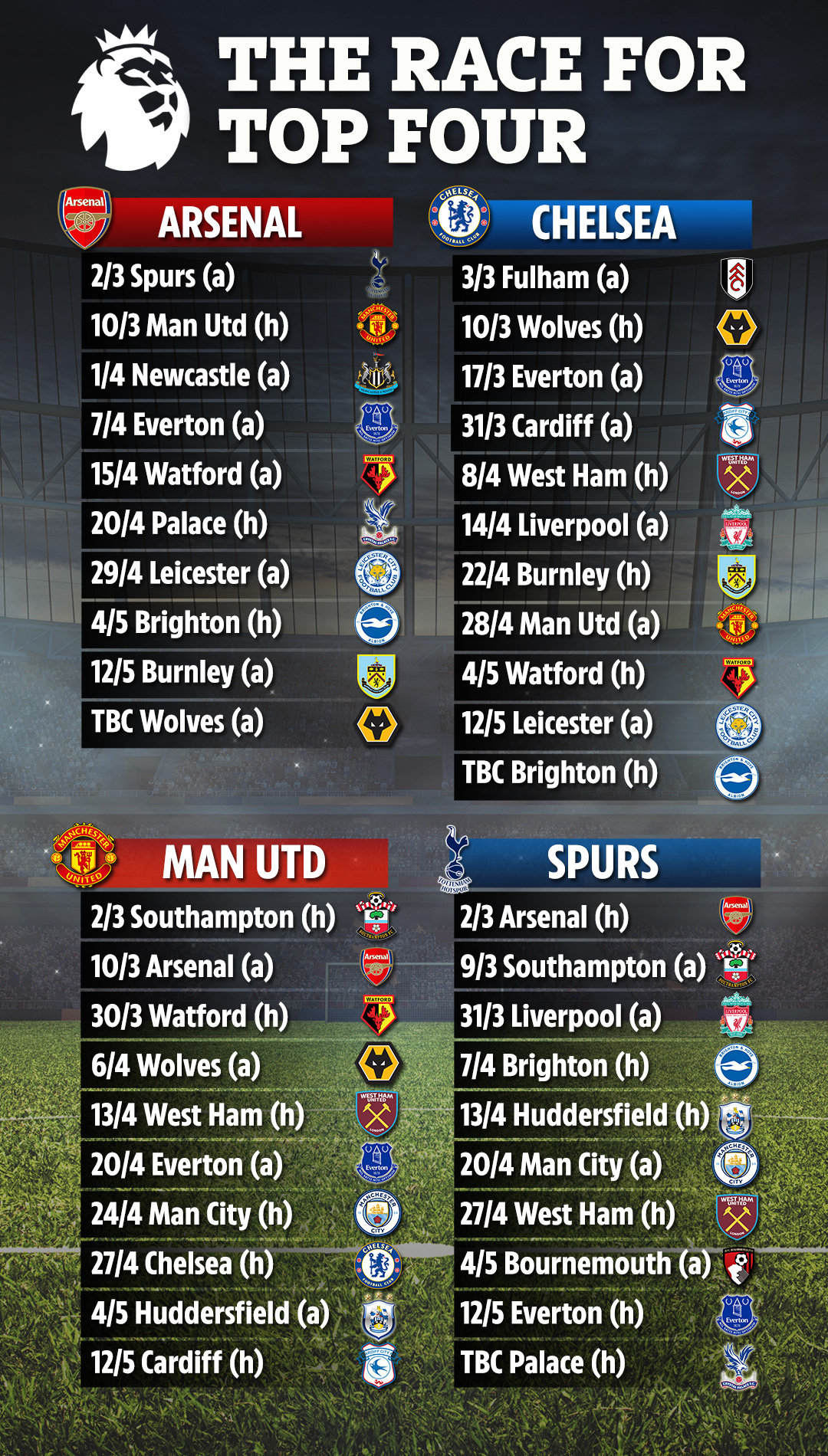 But some urged caution – even a victory for Arsenal against Mauricio Pochettino's troops won't see them overtake them in the league.

Steve Dawson posted on Twitter: "Yeah, chanting this is definitely not gonna come back and bite us on the a***, is it?! Pipe down, lads." 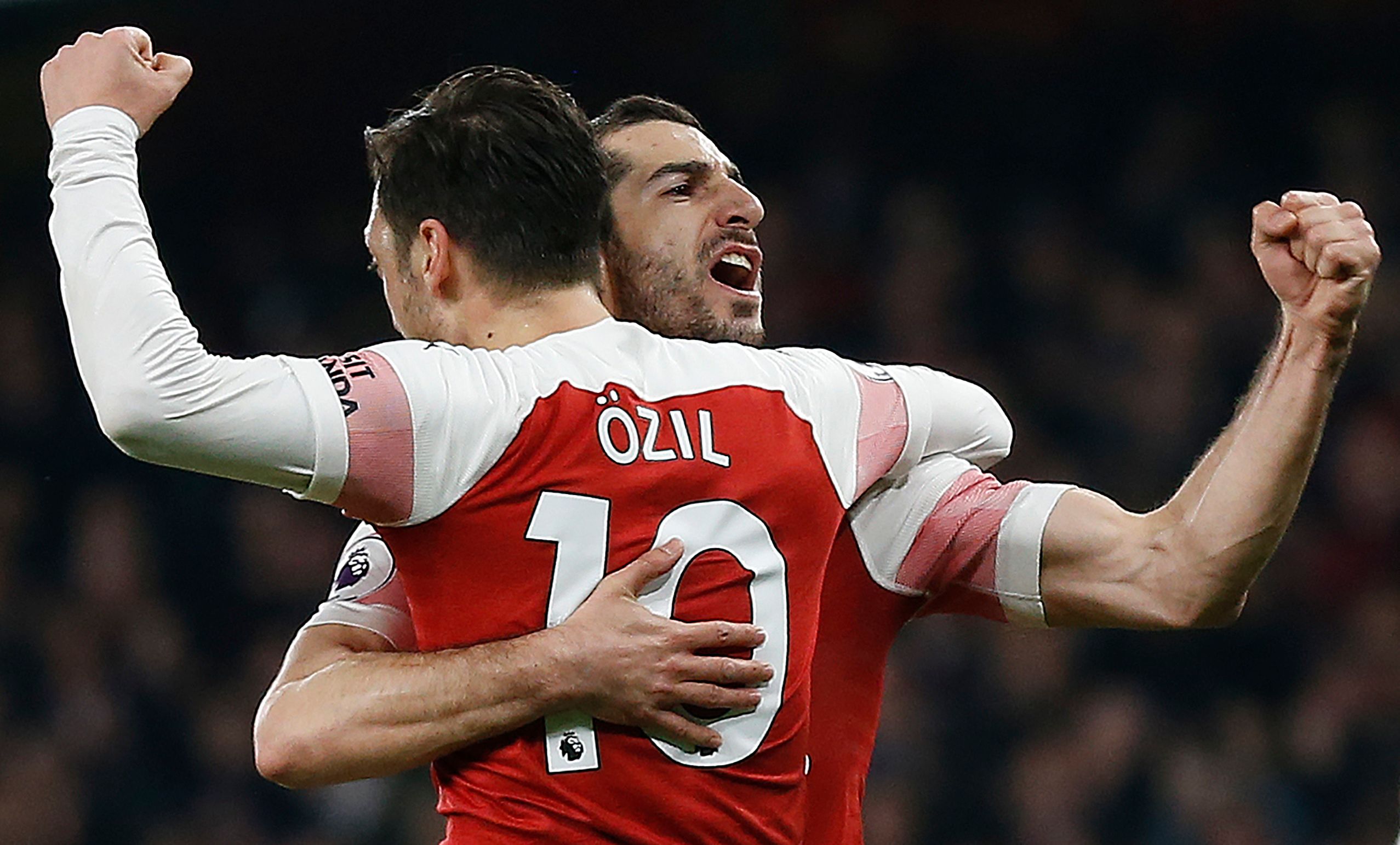 Another wrote "No. Stop", with another posting "yall need to calm down".

Kwun Yakahemi wrote that it was "too ambitious", while "Tim" described it as a "silly chant".

Another posted that it was "probably the most stupid thing I've heard all season", before adding "get a grip lads".

Isaiah Bright wrote: "I hope you’re prepared to delete this if we lose on the weekend."