FRANKIE DETTORI is ready to ride the race of his life to make up for the worst two hours of his 35-year career.

The Italian superstar jockey still has nightmares about last year’s Arc when he hit the front on Enable only to be caught close home by Waldgeist. 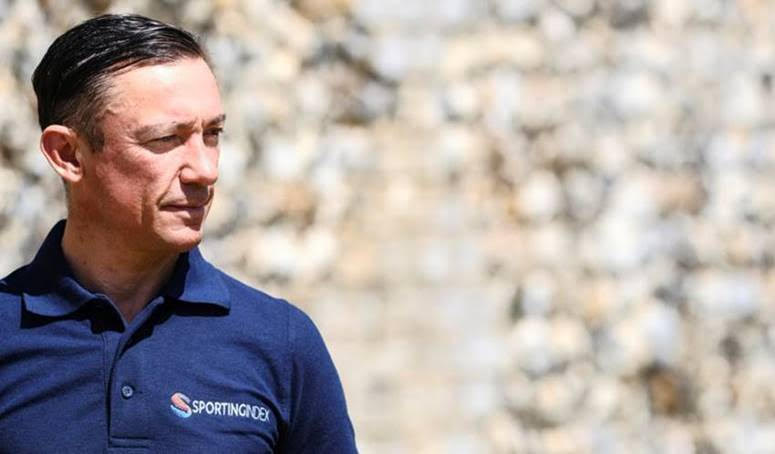 Get 40/1 Enable to win the Arc with Betfair

John Gosden’s wonder mare will bid to right that wrong and make history by becoming the first horse to win three Arcs at Longchamp tomorrow.

Dettori, 49, is desperate to make sure it happens and admits he is starting to feel the pressure ahead of their date with destiny in Paris.

He said: “Everyone knows my heart belongs to Enable. I love her.

“She owes us nothing but I owe her the best ride of my life tomorrow. Not only for the fact I want to make up for last year but also because it will be her last race.

“I was fine earlier this week when I rode work on her but as the race draws nearer I have begun to start feeling the pressure of the occasion.”

As a three-year-old Enable romped to victory in her first Arc in 2017, beating Cloth Of Stars by a comfortable two and a half lengths.

She then repeated the feat in 2018 when just holding off the ill-fated Sea Of Class in a dramatic photo finish by the shortest of short necks.

Destiny appeared to be Enable’s for the taking last year as the racing world sat back in expectation of an historic hat-trick for the 1-2 favourite.

And when Dettori and Enable hit the front two furlongs out it seemed she had the rest of the runners beaten.

Yet the last furlong was almost played out in slow motion as Pierre-Charles Boudot and Waldgeist set off in pursuit.

Dettori and Enable never saw them coming and the roars quickly turned to a deafening silence as the queen of racing lost her throne.

Dettori admitted: “Last year was terrible – the worst two hours of my life.

“I can’t tell you how many times I have seen the finish again in my mind.

“The atmosphere was incredible at the track that day. Yet as we came back to the unsaddling enclosure it felt like all the air had been sucked dry.

“It was a tough moment. I had to keep my chin up but inside I just felt so much disappointment.

“I hope to use that feeling to spur me on this weekend.

“It was an awful feeling. I thought then we would not get another chance to have another go so I was happy and relieved when it was announced she would stay in training for this Arc.

“The pressure is back on again now and  all I can say is she has pleased me in work this last week.

“The thing that has surprised me and pleased me is that she looks aggressive and means business. She certainly feels as if she is in the zone.”

Enable’s task tomorrow was made easier by the heavy rain which has lashed Longchamp meaning she will avoid having to give Aidan O’Brien’s dazzling dual Classic heroine Love 7lb.

Even Dettori was starting to think that would be too much for Enable.

He said: “If the rain had stayed away and Love had been running then we would have had a big battle.

“Everyone who has seen Love run has only been impressed. She has looked awesome. It would have been tough at level weights let alone giving her a 7lb advantage.

While the mud ruled the long-time favourite out, Dettori still has concerns about how Enable will handle it.

He said: “The conditions will be bad.

“They could even be worse than last year.  It is already very soft and there is more rain forecast.

“The thing with heavy ground is it is a great leveller. It will be gruelling.

“We do know Enable will cope with it better than most as she has won Group 1 races on soft ground before but it is not her ideal conditions.”

In total Enable has won 15 of her 18 races with 11 of them coming at the highest level.

Sporting Index ambassador Dettori said: “She has been amazing. And the boss has done an incredible  job training her. To bring her back as a six-year-old was never going to be easy.

“John has made no secret of the fact she has been just that little bit harder to get fit.”

No horse older than five years old has ever won an Arc so that is another slice of history waiting to happen.”

Incredibly, tomorrow’s race will be Dettori’s 32nd Arc and victory would be a seventh in the mile and half thriller.

He said: “It will be amazing to do it and if we can it would probably feel the best one of all.

“We’ve got a nice low draw in stall five, which is where you want to be as it gives you more options.

“If you’re drawn high you have to burn a lot of gas to get a good position or you have to go wide all the way round.

“She’s a skinny price if you’re backing her and there are clearly dangers in there at bigger odds, not least Stradivarius.

“He stays really well and coped with the soft ground in the Gold Cup so has to be taken seriously — I just hope he doesn’t pass me on the run-in!

“Seriously I wish Strad all the best. He has been amazing for me in my career too. If we don’t win I hope Olivier Peslier and Strad do!”

Coronavirus quarantine rules means Gosden will be staying at home in Newmarket and watching the race on the box.

Dettori said: “The strangest thing about this weekend will be the fact John won’t be at the track.

“We always have a routine and it calms me down when we have walked the track together before.

“It will feel surreal in that respect but my mind is focussed on the job.

“Whatever happens, Enable has been simply unbelievable.

“To perform at the highest level like she has for four years is simply incredible and I just hope she can run another big race.

“She has an amazingly strong character and she knows she’s good.

“When you see her in the morning she walks with such presence and then when you get to the races she just comes alive.

“She’s like a boxer going into the ring. Her teeth start grinding, she puffs herself up and she starts marching.

“The important thing is we’ve got her where we want her and we’re ready to give it our best.

“Win, lose or draw, we’re going to leave everything on the track — and we’ll just have to let history take care of itself.”