ANTONIO CONTE will not be able to make any new signings in January according to Fabio Paratici – who insists they are happy with the current squad.

A reporter today asked Spurs' director of football, Paratici, 49, whether he and Spurs' new manager Antonio Conte intend to sign any new players in January.

To which Paratici replied: “Not at all. Not at all. Because we trust in our players, we trust a lot. So, we are focused to be better, like a club and like a team.”

He was then asked: “Do you think this current squad, as it is right now, is capable of challenging to win big trophies?”

And the Italian responded: “I think yes. Here are here to do our best to win a trophy.

“Big trophy or small trophy… they are [all] trophies. We are here to do our best in every game and to build the best in this season and the next seasons.

“Sometime you have to be patient to achieve. You have to be ready to suffer and to sacrifice yourself for the group.

“This is our mentality and we have to improve in this way.”

Paratici's warning that the club will not spend extravagantly under Conte will not come as a surprise, given chairman Daniel Levy's reluctance to splash out on big transfers.

Tottenham's net spend on new players this summer was only £31m, which was the ninth highest in the league, way behind similarly placed rivals Arsenal and West Ham.

But his insistence that the club can win trophies with their current squad will raise some eyebrows, given their poor form so far this campaign.

The club are currently sat in ninth place in the league, with five defeats in their last seven, having failed to make the top four for the last two seasons running.

New manager Antonio Conte is renowned for completely overhauling squads and re-building them to suit his preferred style of play.

And the 52-year-old Italian has also never stayed at a club for longer than three seasons in his entire managerial career.

His longest spell in charge at a club came when he worked alongside Paratici at Juventus between 2011-2014, winning three consecutive Serie A titles.

Conte has also won the league by the end of his second season in each of his last three club jobs – at Juventus, Chelsea and Inter Milan.

And he was given huge financial backing to do so, spending well over £300m in his two seasons at Chelsea and just under £300m at Inter.

Spurs' notoriously tight-fisted chairman Daniel Levy reportedly pulled out of a deal to appoint Conte in the summer after learning of Conte's transfer demands.

It is claimed the Italian demanded a transfer budget of over £100m to bring in new players, which Levy felt was 'excessive' and talks quickly broke down.

But following news of Nuno Espirito Santo's sacking on Monday and Conte's official appointment yesterday, the two appear to have reached a compromise.

And given Paratici's admission that Spurs are not planning to make any January signings, Conte will have until the end of the season to evaluate his squad and plan for the summer transfer window. 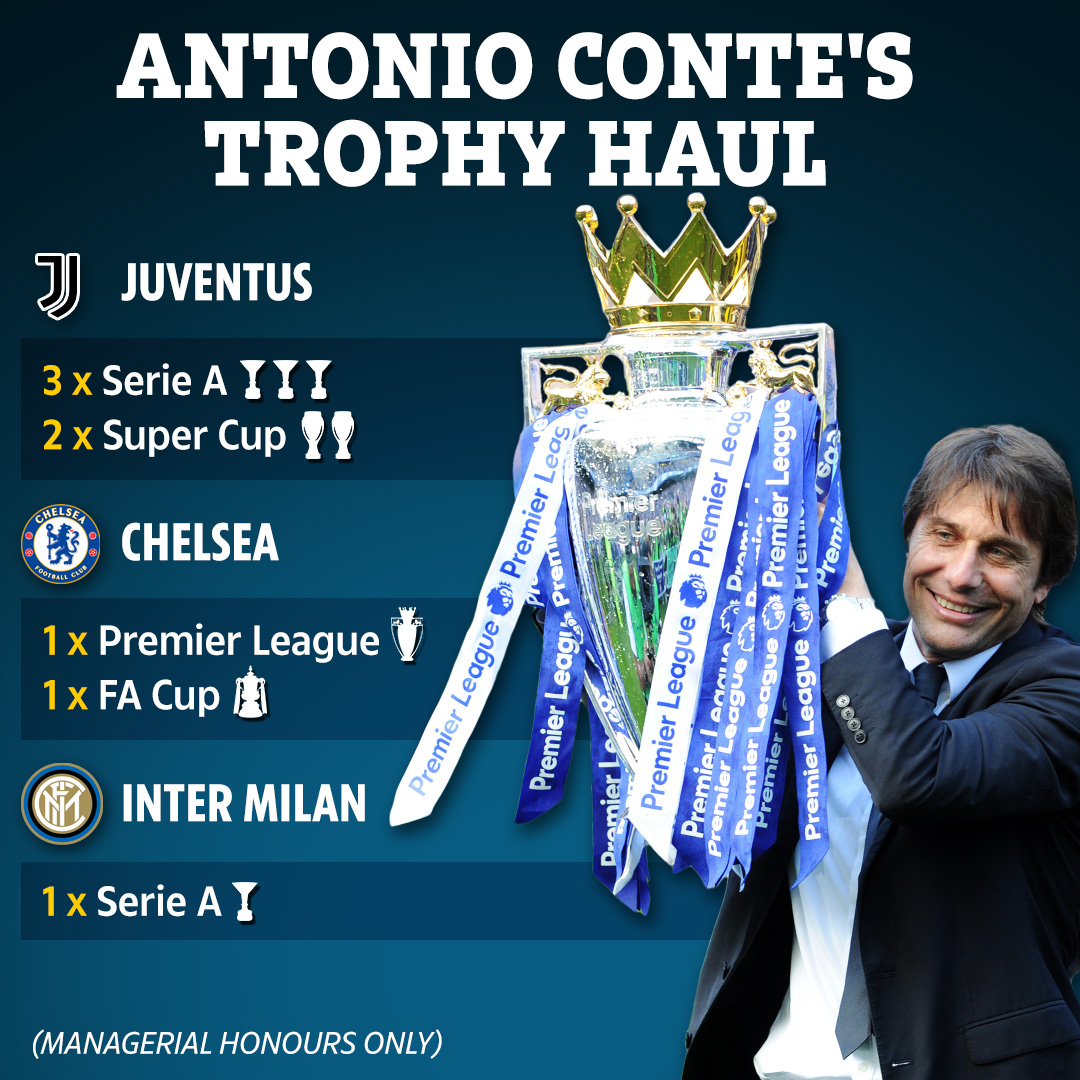