THERE were some informative races around the country on Saturday.

And there has been plenty of activity in the bookies' antepost markets. We analyse the movers and shakers. 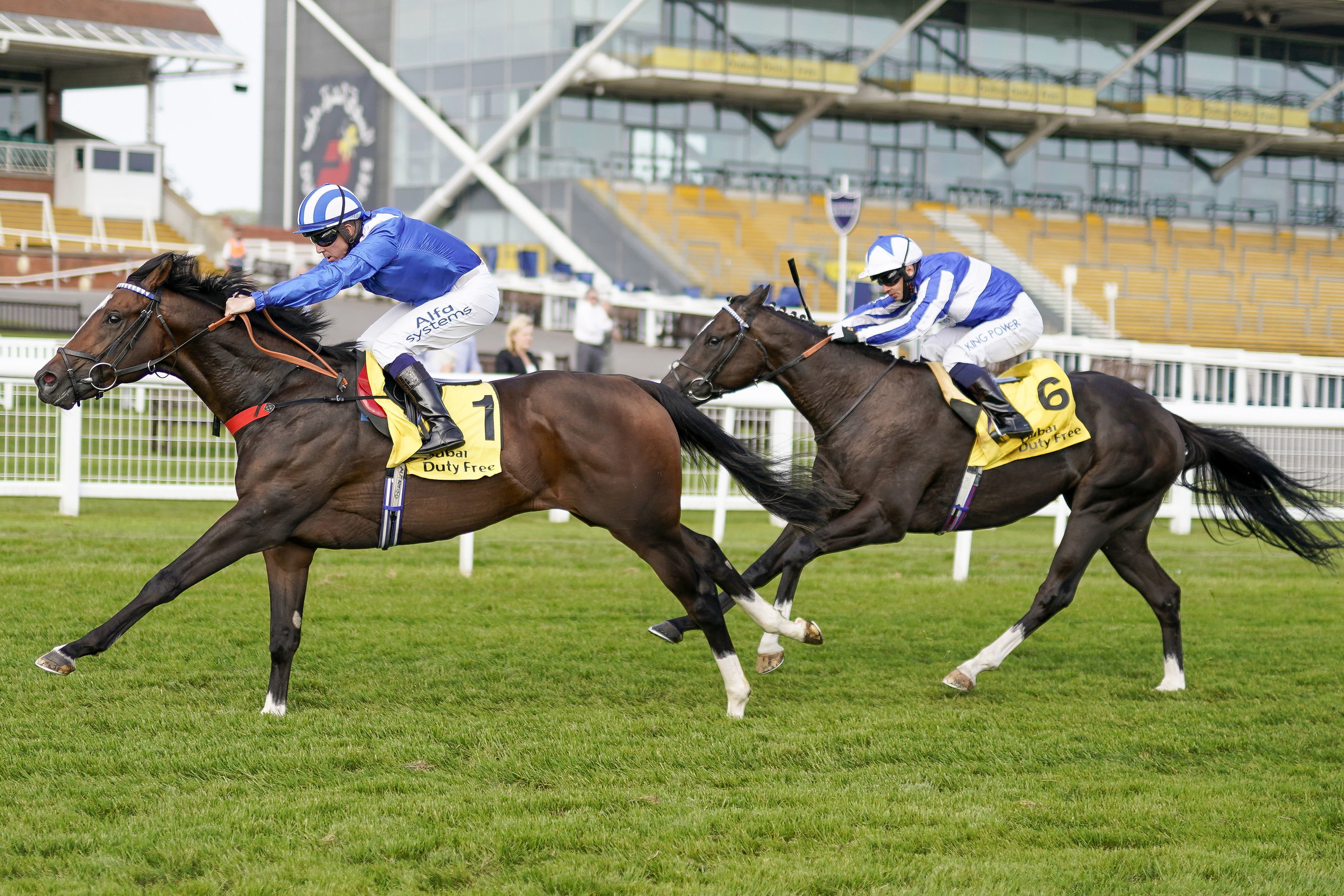 Ladbrokes introduced the exciting Alkumait into their 2,000 Guineas betting at 16-1 following his ready Mill Reef success.

Just weeks after stable star Mohaather was retired through injury, trainer Marcus Tregoning has another top performer on his hands in the son of Showcasing.

He was held up towards the tail of the field by top jock Jim Crowley and showed a smart change of gear to run down his rivals in the Group 2.

The big question for him going forward will be trip; his mum and most of his immediate family were sprinters while his dad is an influence for speed.

My personal view is that he looks more of a Commonwealth Cup horse than a Guineas contender.

William Haggas' improving three-year-old made it four in a row at Newbury on Saturday.

He beat a classy, if under-performing, horse in Royal Marine to bag a hot 1m2f handicap, and he holds an entry in the upcoming Cambridgeshire.

That race is just six days away, but he would likely be well-in if he runs next weekend under a penalty, and the drop to 1m1f won't be a problem.

Paddy Power cut him into 12-1 from 16-1 for the historic handicap, and connections must be very tempted to run there given the horse's rich vein of form. He'd go there with a huge chance.

Ocean Wind – Tailor-made for the Ces?

Roger Teal's classy NH horse showed he could mix it on the Flat with a runaway win in the Cesarewitch Trial on Saturday.

The four-year-old briefly looked under threat, but he galloped clear inside the final furlong to win by four and three quarter lengths off a mark of 89.

Betfair were very impressed with the gelding, who was sixth in last year's Champion Bumper, and halved his odds (6-1 from 12-1) for next month's Cesarewitch at HQ.

He looks to have all the tools you need for that race – he has a good cruising speed, stays all day and looks well ahead of his mark.

The one worry (which is odd for a jumper) would be really testing ground. His two NH Flat wins came on 'Good' and the ground was fast at Newmarket yesterday.

The popular Addeybb made a winning return to action in the Listed Doonside Cup at Ayr on Saturday.

That was his first start in three months since he finished an excellent second to Lord North in the Prince Of Wales's Stakes at Royal Ascot.

He wasn't at his best at Ayr, beating Lord Glitters by three quarters of a length, but the ground wasn't absolutely ideal and he won't have been fully wound up, as it was a prep race for next month's Champion Stakes.

Betway clipped him into 11-1 from 12s for the Group 1, with several bookies leaving him unchanged, and those odds look very tempting given his brilliant record around Ascot (form figures of 10122 including a second in the race last year) and the likelihood of soft ground.

It could be a red-hot contest this year, but he has been so consistent through his career and if the race starts to cut up he will go off a much shorter price. Plus, the race has been a long-term target.