BAYERN MUNICH CEO Karl-Heinz Rummenigge has revealed he cried after telling Carlo Ancelotti he was sacked.

The popular Italian, 60, replaced Pep Guardiola at the Allianz Arena in the summer of 2016 but was axed the following September after a 3-0 defeat to PSG in the Champions League. 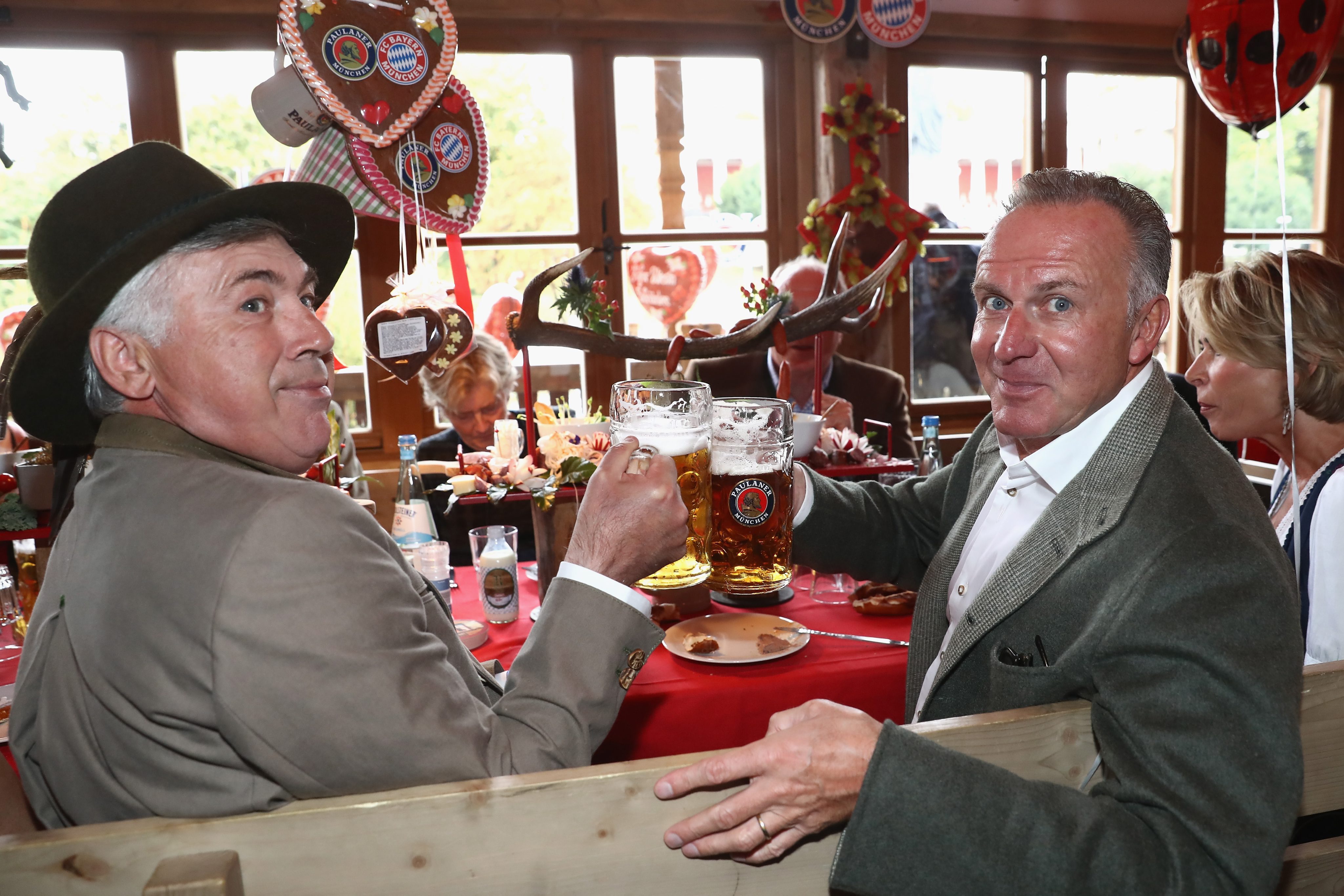 However the now Napoli manager’s reaction to the chop brought tears to the eyes of the man who fired him.

Rummenigge told a Gazzetta dello Sport event in Trento: “I can remember that when I had to dismiss Carlo Ancelotti, I was crying.

“Carlo understood the situation and hugged me, saying, ‘It’s okay, you're not my boss anymore, but we’re still friends.’ I had to cry.

“He is a great character and a great coach, in the second season the results were not what the club expected.

“Carlo is a friend, an incredibly calm person even in the most difficult moments. Perhaps we should have waited a little longer before we let him go. He proved to be a great man.”

Ex-Chelsea boss Ancelotti guided Bayern to the Bundesliga title during his only full campaign in charge.

He also lifted the DFL Supercup twice during his tenure in Germany.

The Italian returned to his homeland in May 2018 to take over at Napoli as replacement for Maurizio Sarri.

Last season he led Partenopei to a second place finish in Serie A and they currently sit seventh after seven games.