THEY say seeing is believing – but try telling that to West Ham supporter and racehorse owner Andrew Gemmell.

Blind since birth, Gemmell has become a huge fan favourite thanks to the success of his wonderhorse Paisley Park. 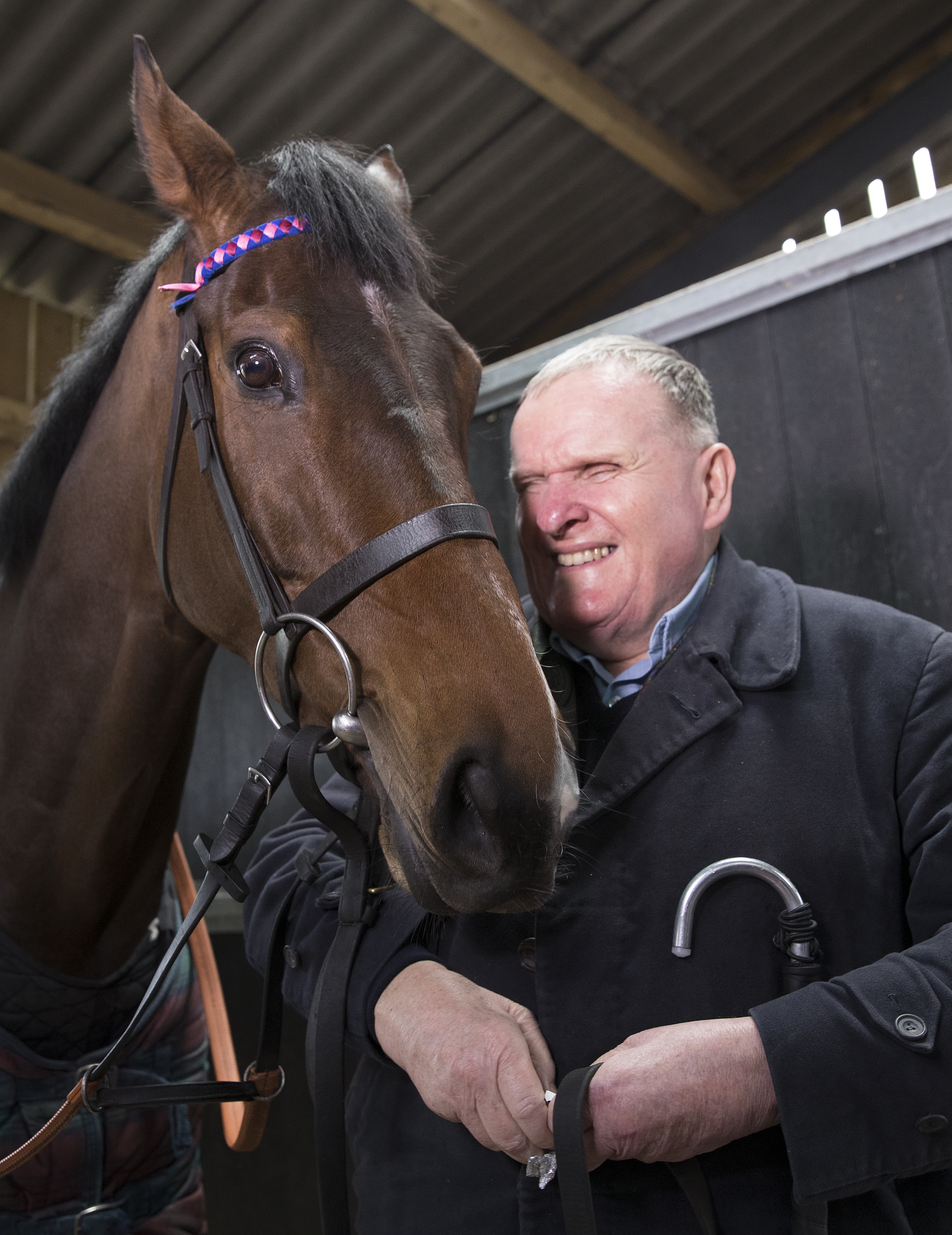 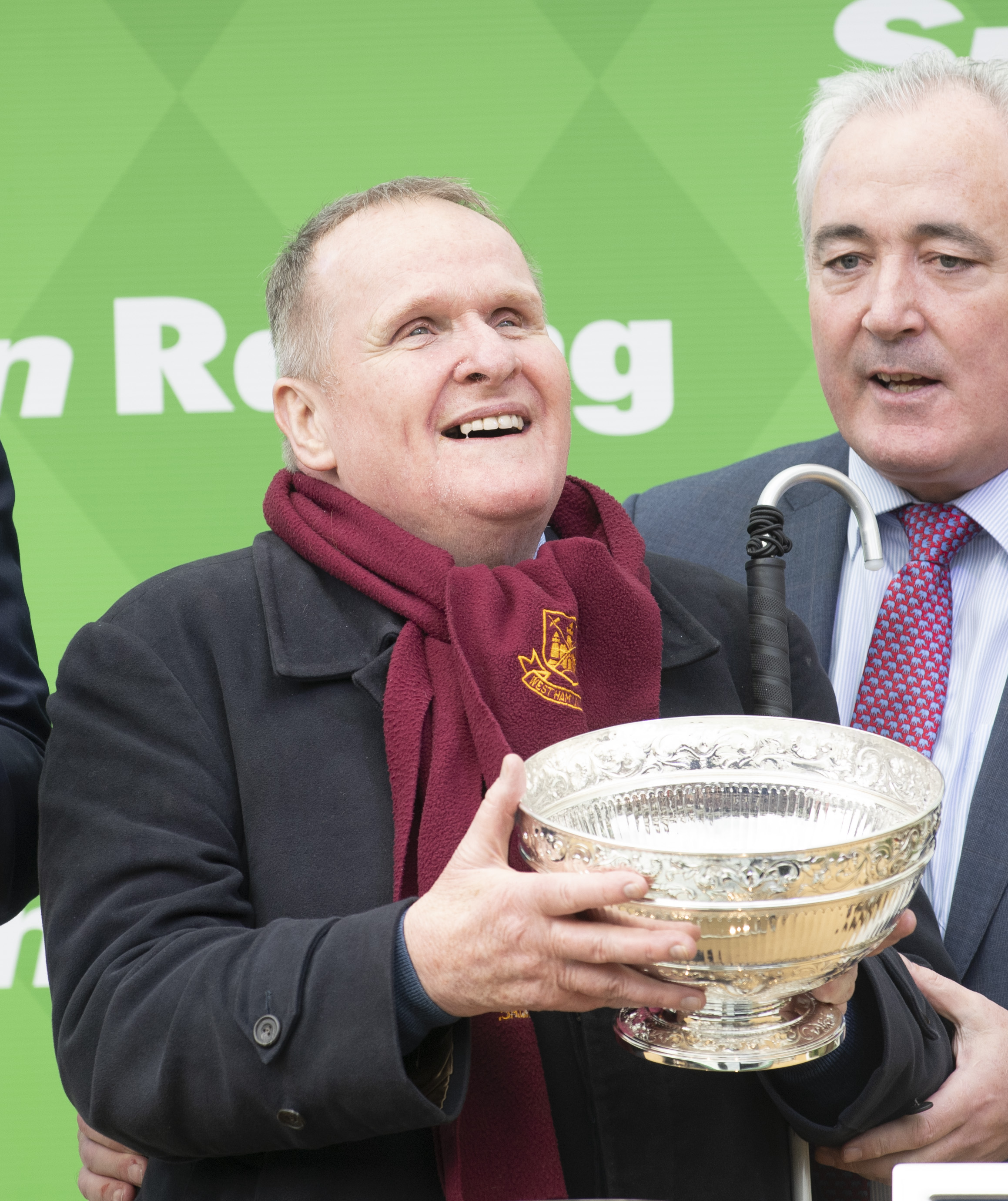 And his fondness for a drink.

Paddy Power: New Customers Only. Place a min £10 bet on the 'Win Each Way' market of the 13:20 Cheltenham race, Thursday, March 18th. Get a £5 free bet for each of the remaining Thursday Cheltenham races. Free bets will be awarded after your qualifying bet has been settled. Only deposits made using cards or Apple Pay are eligible. T&Cs apply. Paddy's Rewards Club: Get a £10 free bet when you place 5x bets of £10+. T&Cs apply. 18+ Begambleaware.org

After Paisley Park's fairytale Cheltenham Festival win in 2019, Gemmell was asked how he celebrated.

But it has not always been easy going for the horse named after late pop icon Prince's home and recording studio.

Paisley Park nearly died after making his debut at Warwick in 2017 when he contracted colic – pain in the belly.

Gemmell and trainer Emma Lavelle were in purgatory for weeks as they feared the horse might not pull through.

Lavelle said: "For a month we weren’t sure whether he was going to make it.

"He came home skin and bone. He looked so poorly. He hadn’t been able to eat. But we got him right." 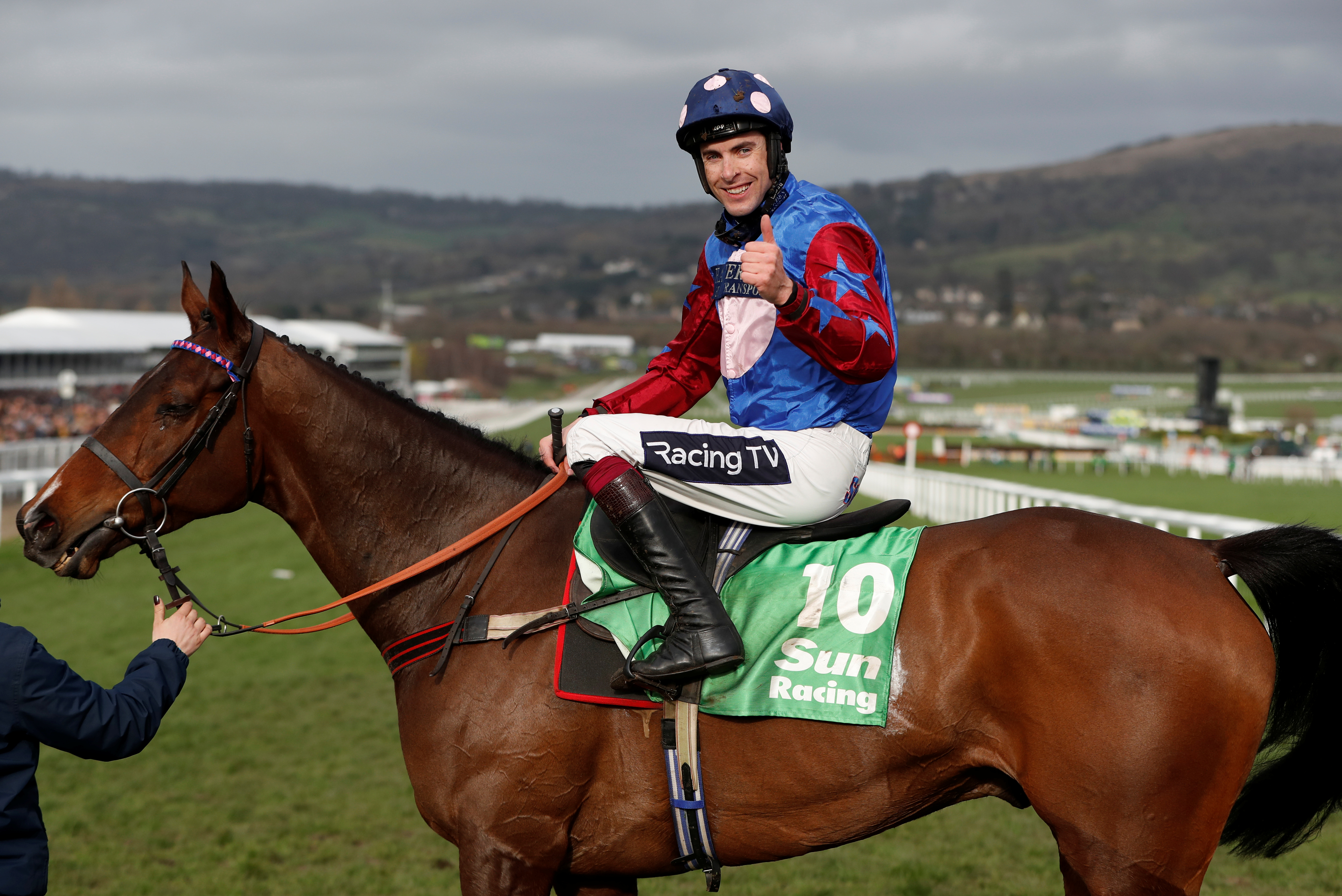 Then an irregular heartbeat caused huge concern after a poor defence of his Stayers' Hurdle title in 2020.

Paisley Park – who won a thriller at Ascot in December – had to wear a heart monitor in training once vets gave him the clear to return to the track.

Vets noticed how massive his heart was.

And the same could be said for Gemmell, now in his 60s, who has not let his disability slow him down in life.

He fell in love with racing after a trip to the Scottish Grand National when he was 12.

And his fondness for a punt has always been there too. 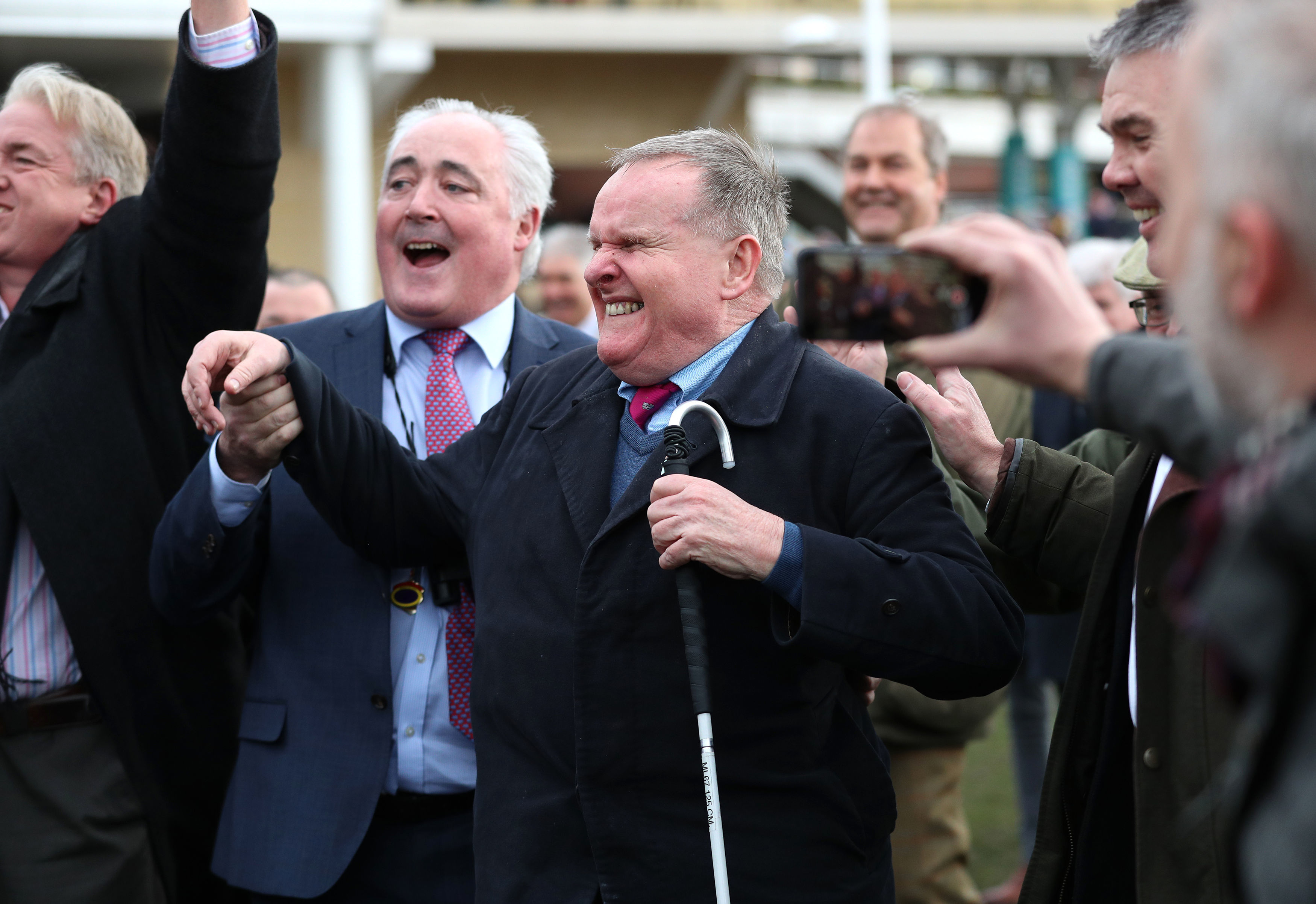 In school he used to ask the cleaner to place bets for him.

After a successful career with Westminster Council, Gemmell, who enjoyed a tipple before Hammers games in the same East End pub Bobby Moore drank at, retired aged 42.

Although he could not see, Gemmell went to hundreds of gigs – he told the BBC he's seen The Rolling Stones 50 times.

And as a cricket fanatic has gone to Ashes Tests.

But it is with the horses he feels most at home – and specifically Paisley Park.

Remarking on the incredible bond the pair share, Levelle, who trains near Marlborough in Wiltshire, told The Jockey Club: "He [Gemelle] can get so much out of racing – the commentaries are fantastic, the feel and touch of the horses, being around the horses.

"When they are on the gallops you can feel the vibration in the ground as the horses go by. The horses respond to him. Paisley Park loves him. He will just stand there and let Andrew pat him. 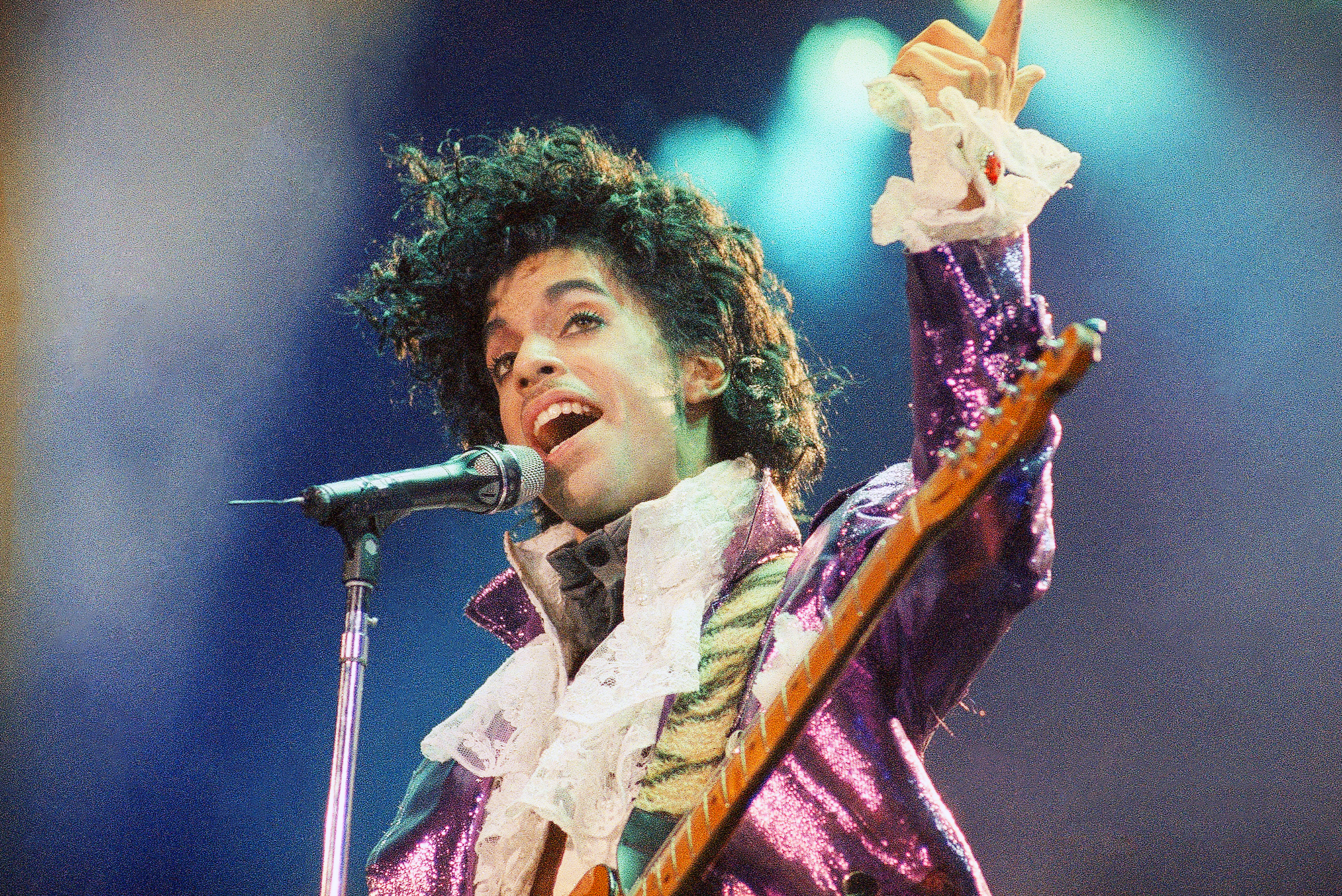 "There is that special bond. Andrew knows every single person in the yard.

"He is part of the furniture. His voice recognition is phenomenal. He is an amazing man and a massive supporter of racing."

Add another £180,000 to that should Paisley triumph in the Stayers again on March 18.

If he does so it won't be much of a surprise given he is 10-3 favourite to win.