DIEGO MARADONA'S "Hand of God" shirt may have fetched over £7million at auction, but the man himself branded the top as a "joke".

The iconic jersey has been on quite the journey from its origins in Mexico City, to being worn in one of football's most famous matches, transported around in a carrier bag, and sold for a staggering £7m. 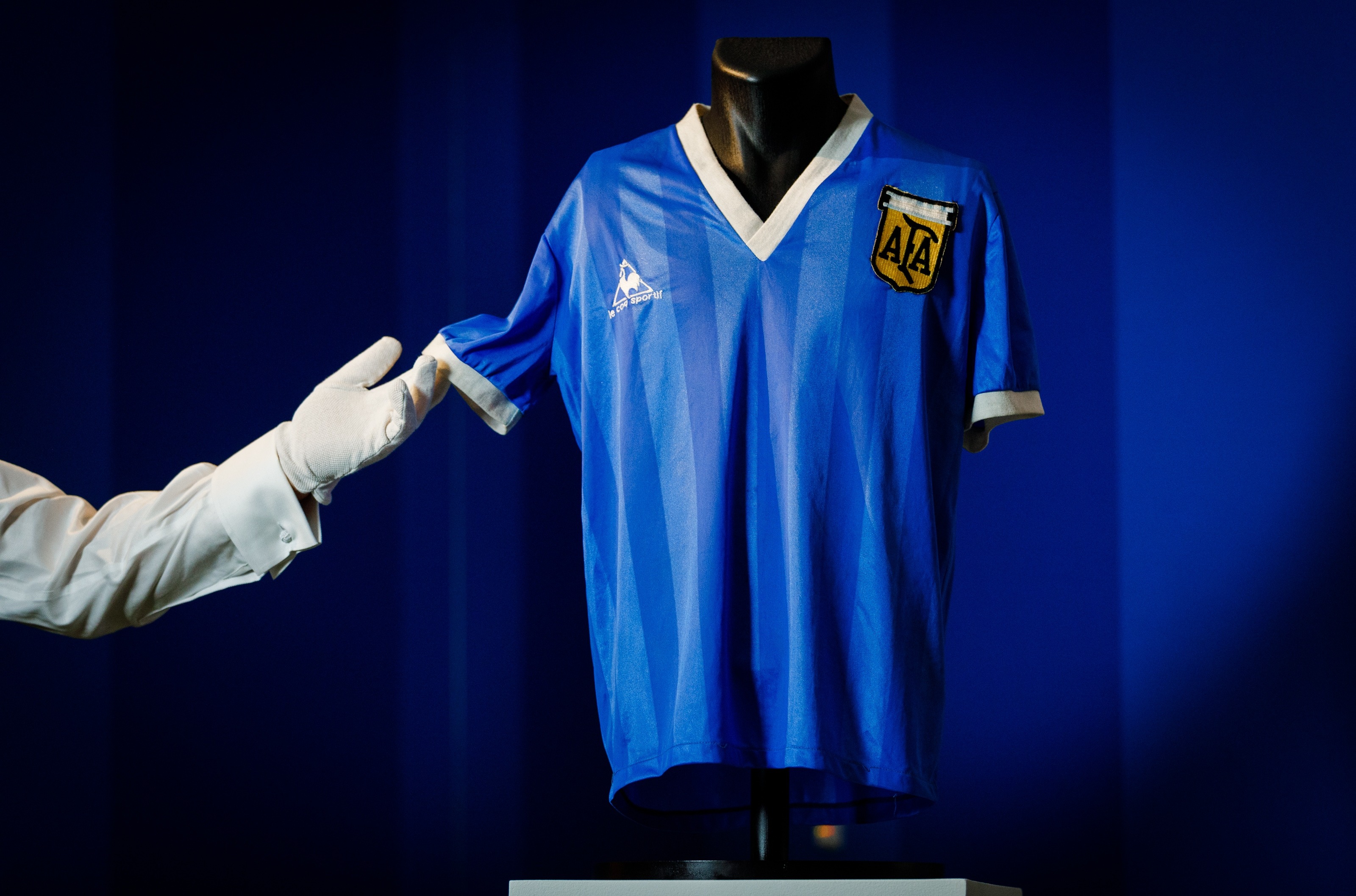 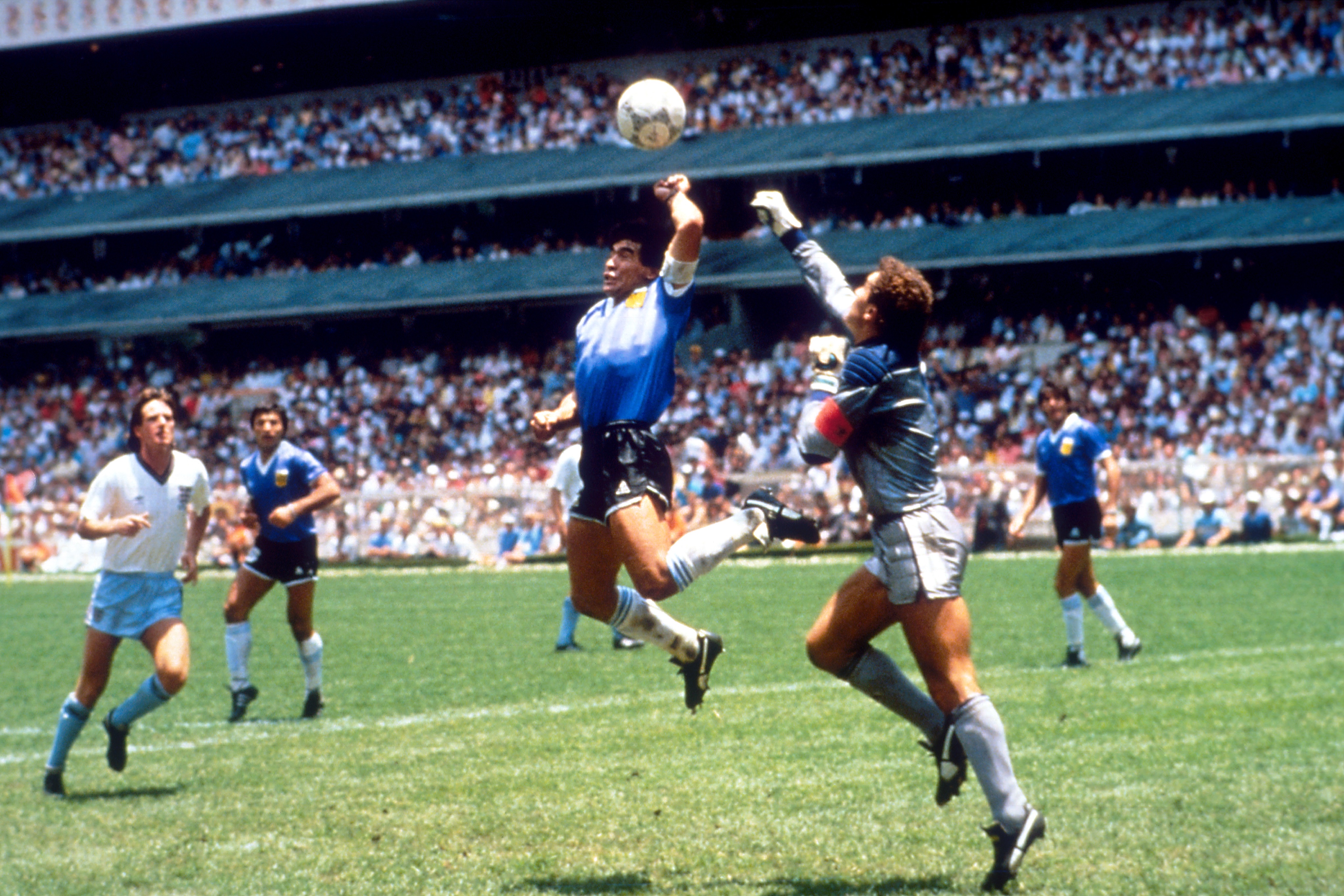 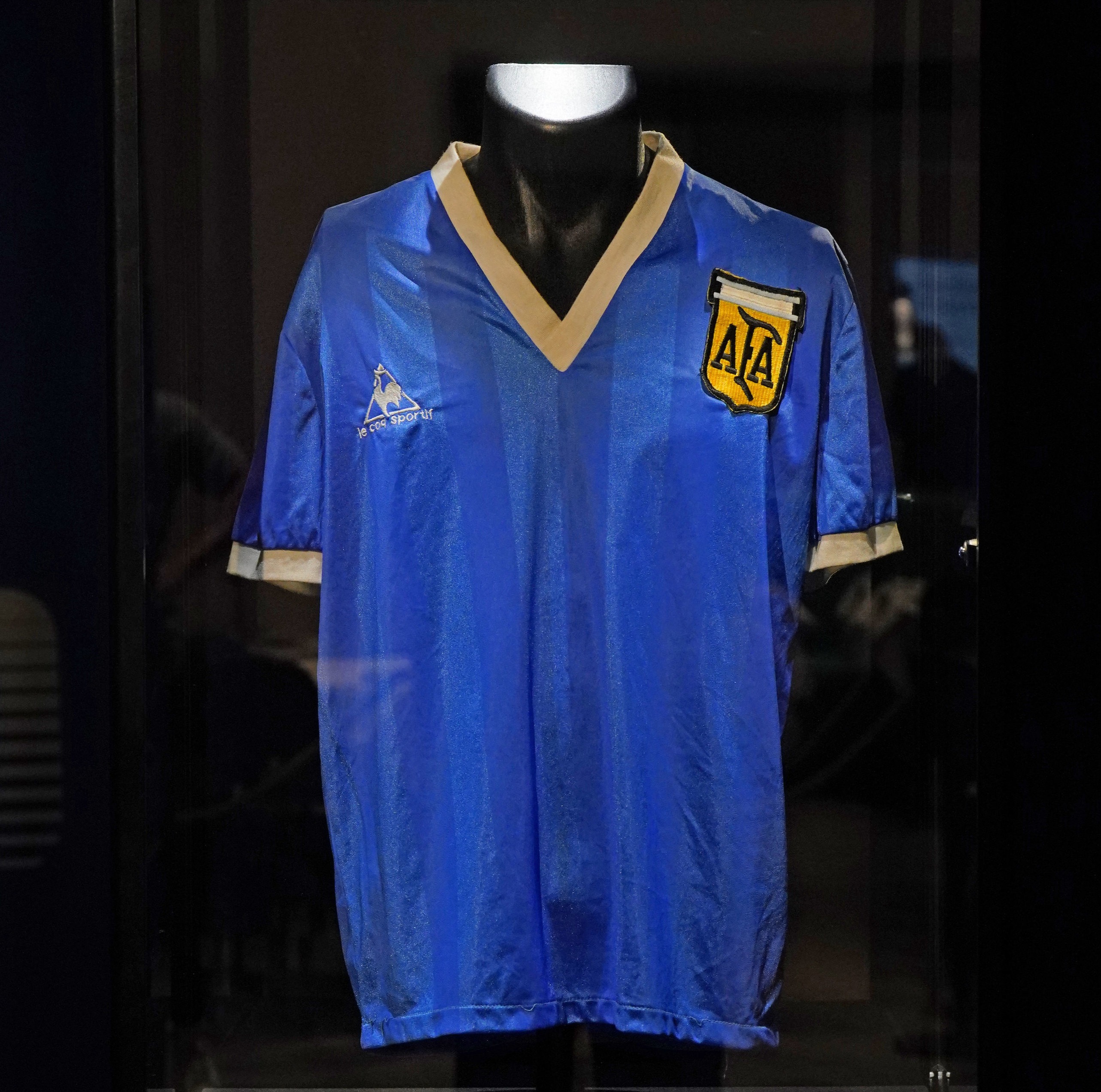 England midfielder Steve Hodge managed to get his hands on Maradona's threads after the Three Lions' 2-1 World Cup quarter-final defeat to Argentina in 1986.

And 36 years later it has changed hands once more – to an anonymous bidder for £7.142m.

But the shirt actually started out life in the days before the quarter-final on June 22, 1986.

The intense Mexico City heat meant Argentina's usual cotton jerseys were too heavy to wear, as revealed in the book Maradona: The Boy. The Rebel. The God. 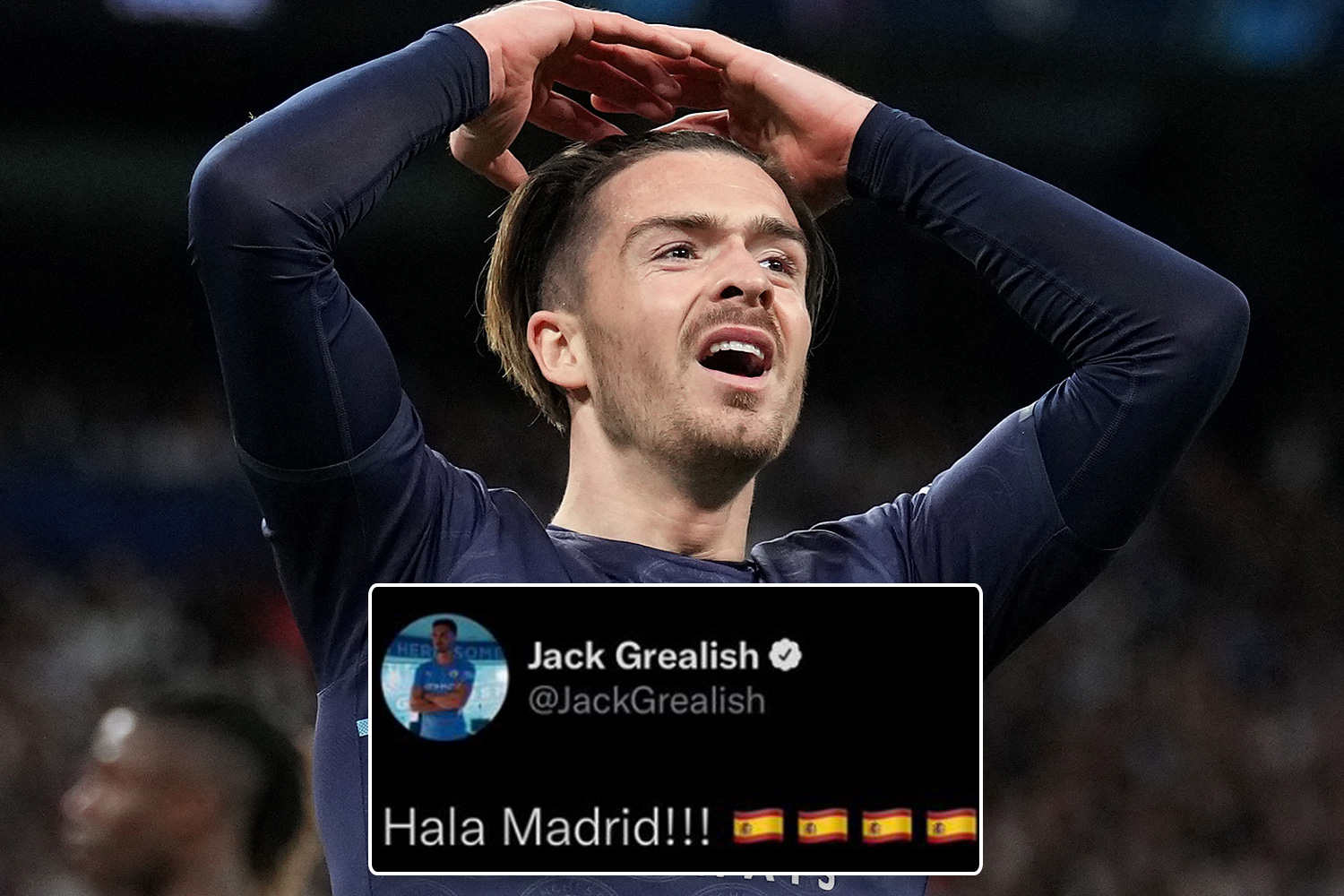 Giving the choice of a new lighter or darker shirt to Maradona, it's claimed he pointed to the light blue one and said: "We'll beat England in that one."

Local seamstresses then had to hastily sew the Argentina badge onto the tops and iron on numbers that were originally made for American football jerseys.

Commenting on the specially designed kits, Maradona recalled in his book, Touched by God: "The numbers were a joke.

"When we went out on to the field, some of the guys had sparkles on their face because the numbers were silver and sparkling.

"If it had happened to rain, like it had in our match against Uruguay, it was going to be a real disaster: we wouldn't know who was who or what position the others were playing."

Luckily the rain held off, and Hodge exchanged shirts with Maradona after the Argentine forward netted two goals in one of football's most iconic games.

His first was infamously scored with his hand, before his second effort went on to be dubbed the "Goal of the century".

Hodge held onto the shirt in the years following the match, before taking it with him onto TV show Soccer AM in the early 2000's.

Although he didn't covet the kit all that much, bringing it with him in just a CARRIER BAG.

Former Soccer AM producer Robbie Knox revealed Hodge carried the shirt in a plastic bag, and let members of the crew try it on.

Hodge claimed on the show he would "never let go" of Maradona's top, despite being offered £25,000 for it. 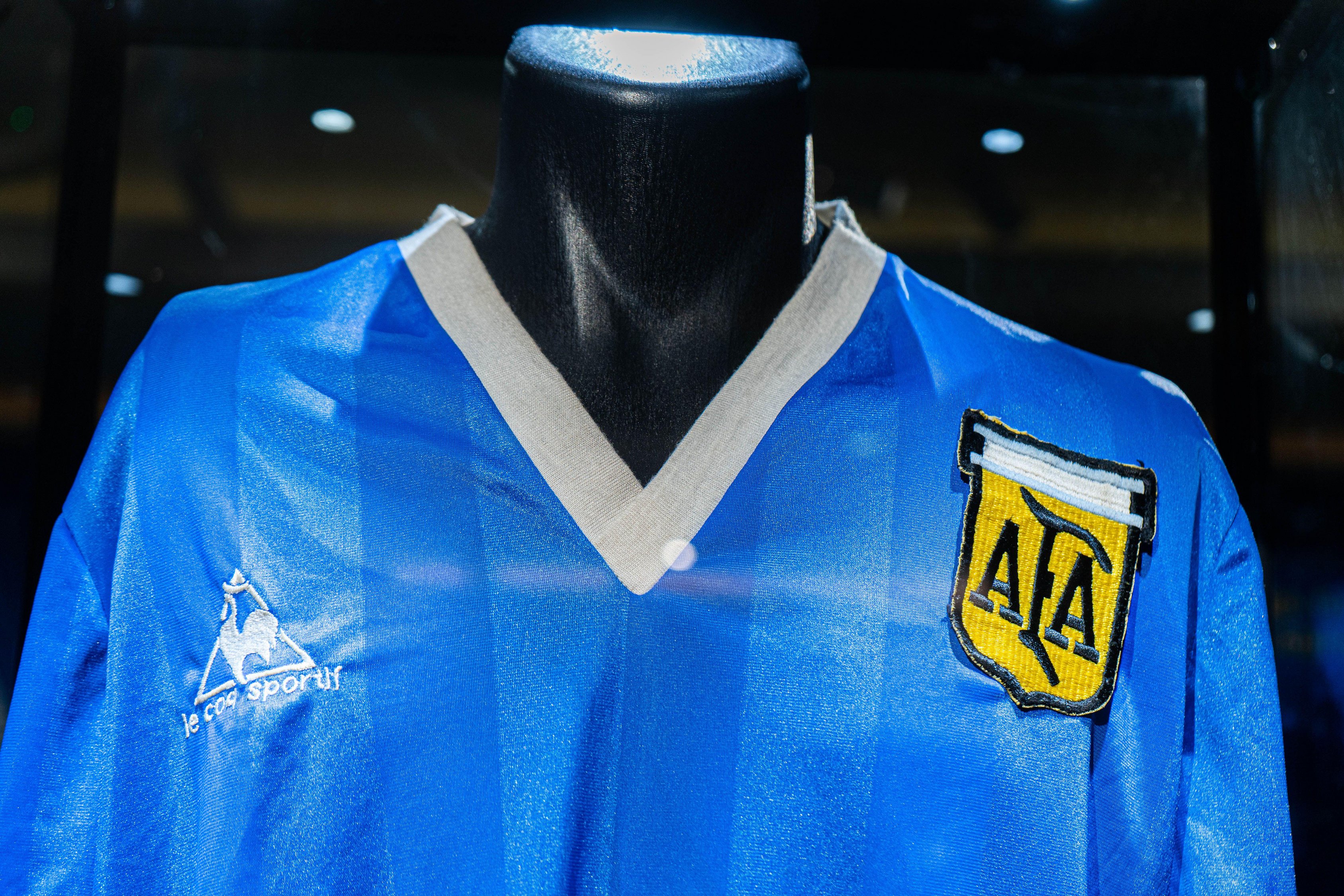 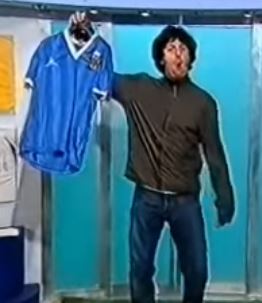 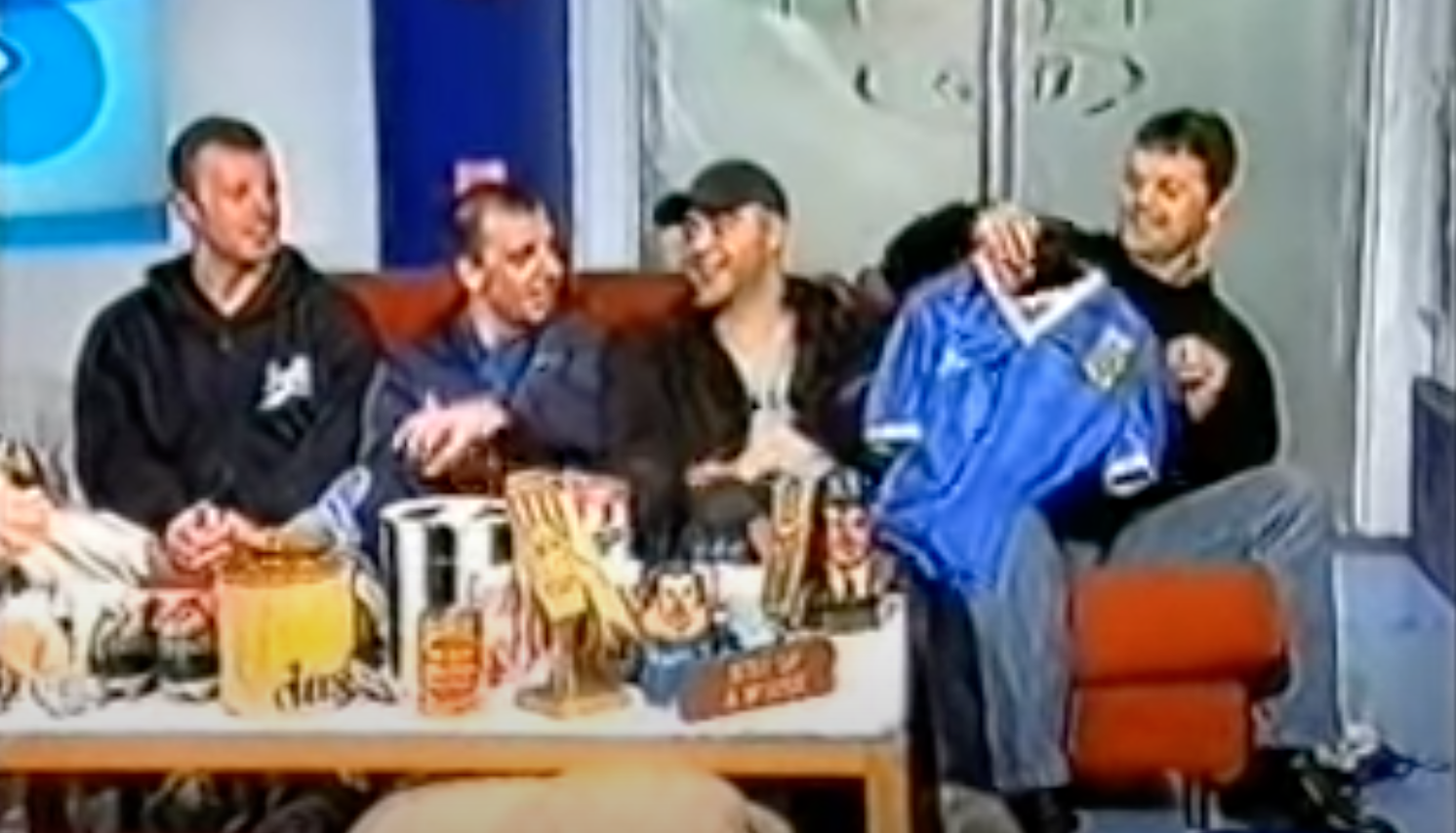 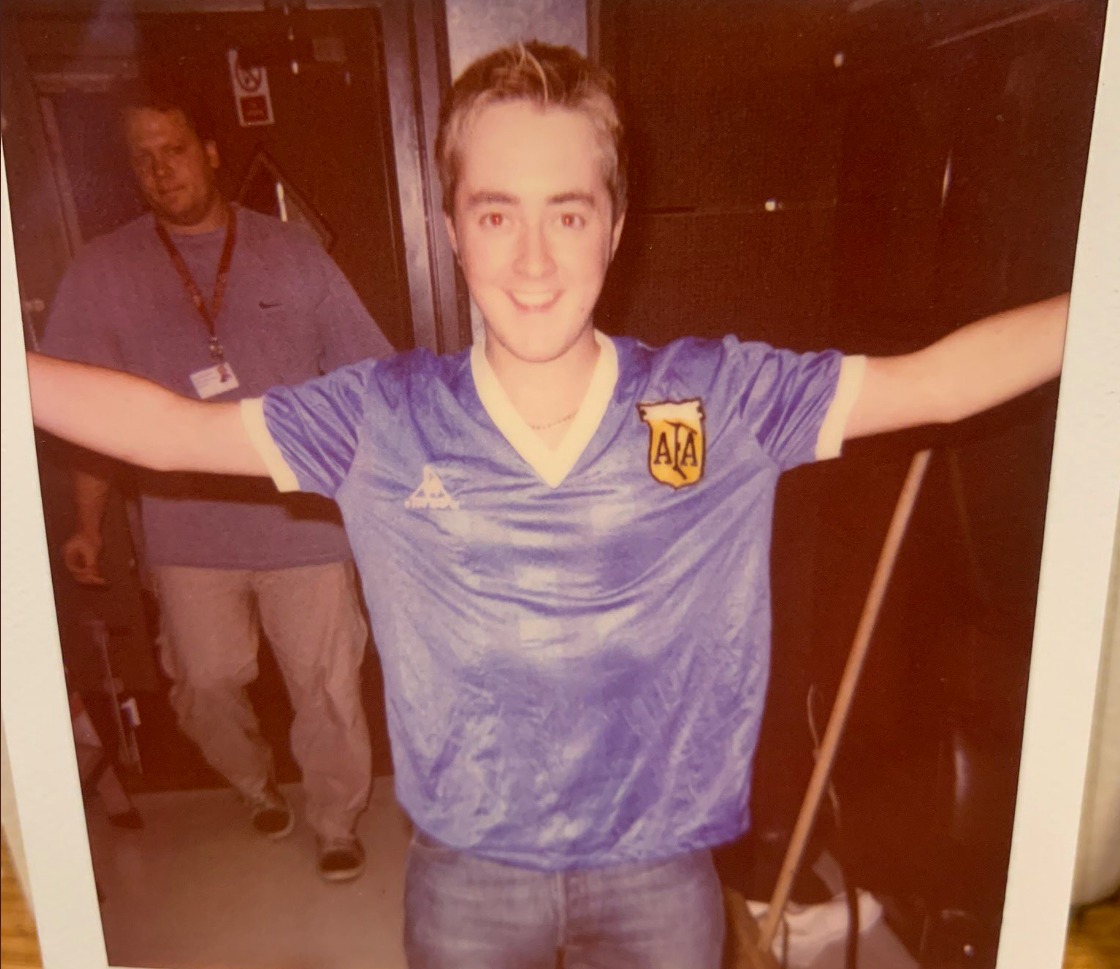 Now though he has finally decided to part ways with the iconic jersey, raking in over £7m in the process.

He put the top up for auction with Sotheby’s after it was previously loaned to the National Football Museum.

Hodge had told the BBC in 2020 shortly after Maradona's death: "I have had it for 34 years and have never once tried to sell it. I like having it. It has incredible sentimental value."

He added: "I have seen articles on the internet and there has been a bit of flak flying around saying I wanted a million or two million and am hawking it around for money.

"I find it disrespectful and totally wrong. It's not for sale. I am not trying to sell it."

Maradona’s family had claimed the Three Lions midfielder had the shirt he used in the first half – NOT the "Hand of God" shirt.

I was upskirted by celeb at house party, reveals Countdown’s Rachel Riley

But Sotherbys said they had verified beyond doubt that Hodge had the authentic shirt.

And now the latest remarkable chapter has been written in the story of the iconic jersey, which is now the most expensive match worn shirt in history. 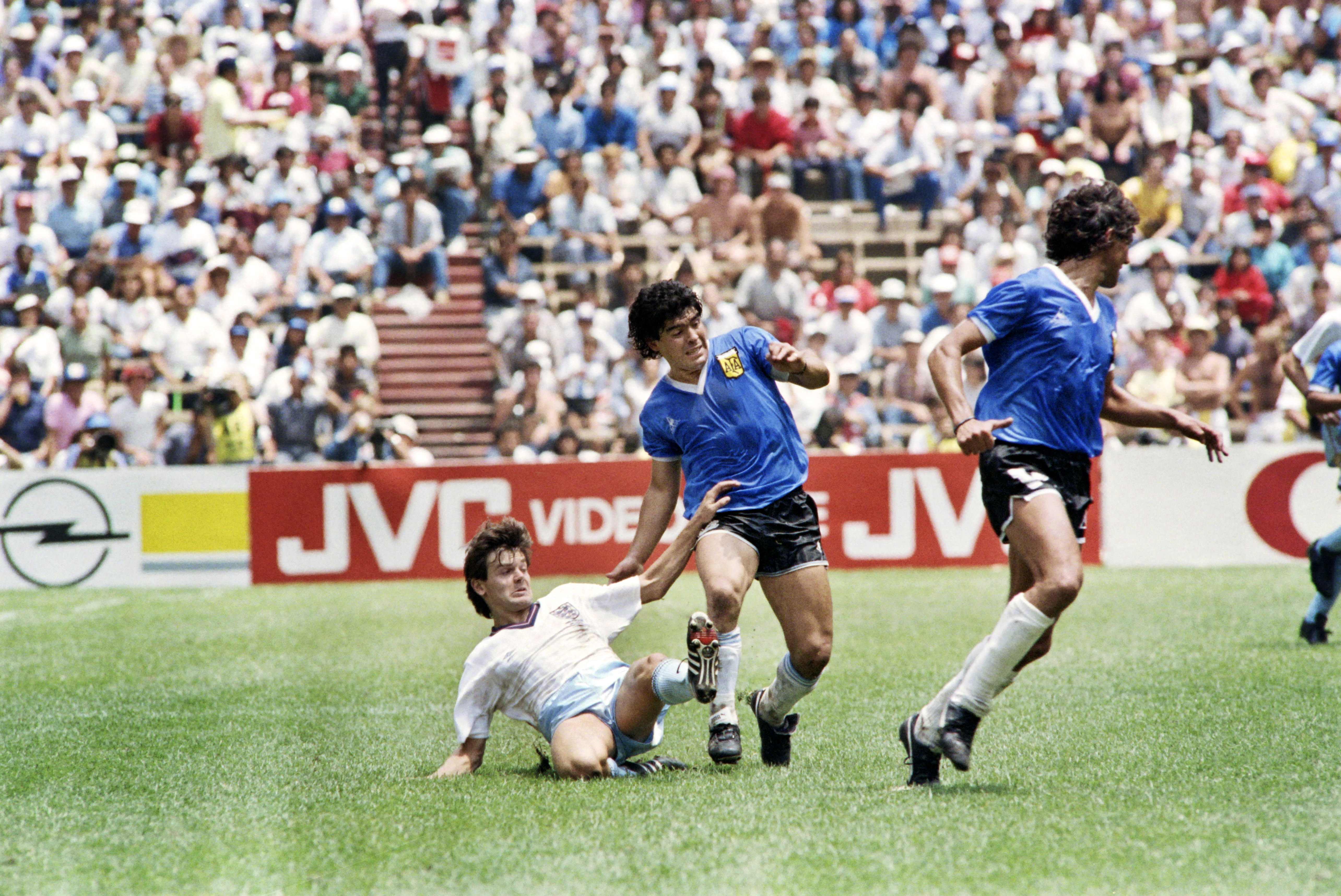