ALISSON has revealed his mission to prove Liverpool’s medical staff wrong after being told he could be sidelined for six weeks.

The Brazilian keeper also admitted it was tough missing Liverpool’s 7-2 thrashing against Aston Villa after suffering a shoulder injury ahead of the clash. 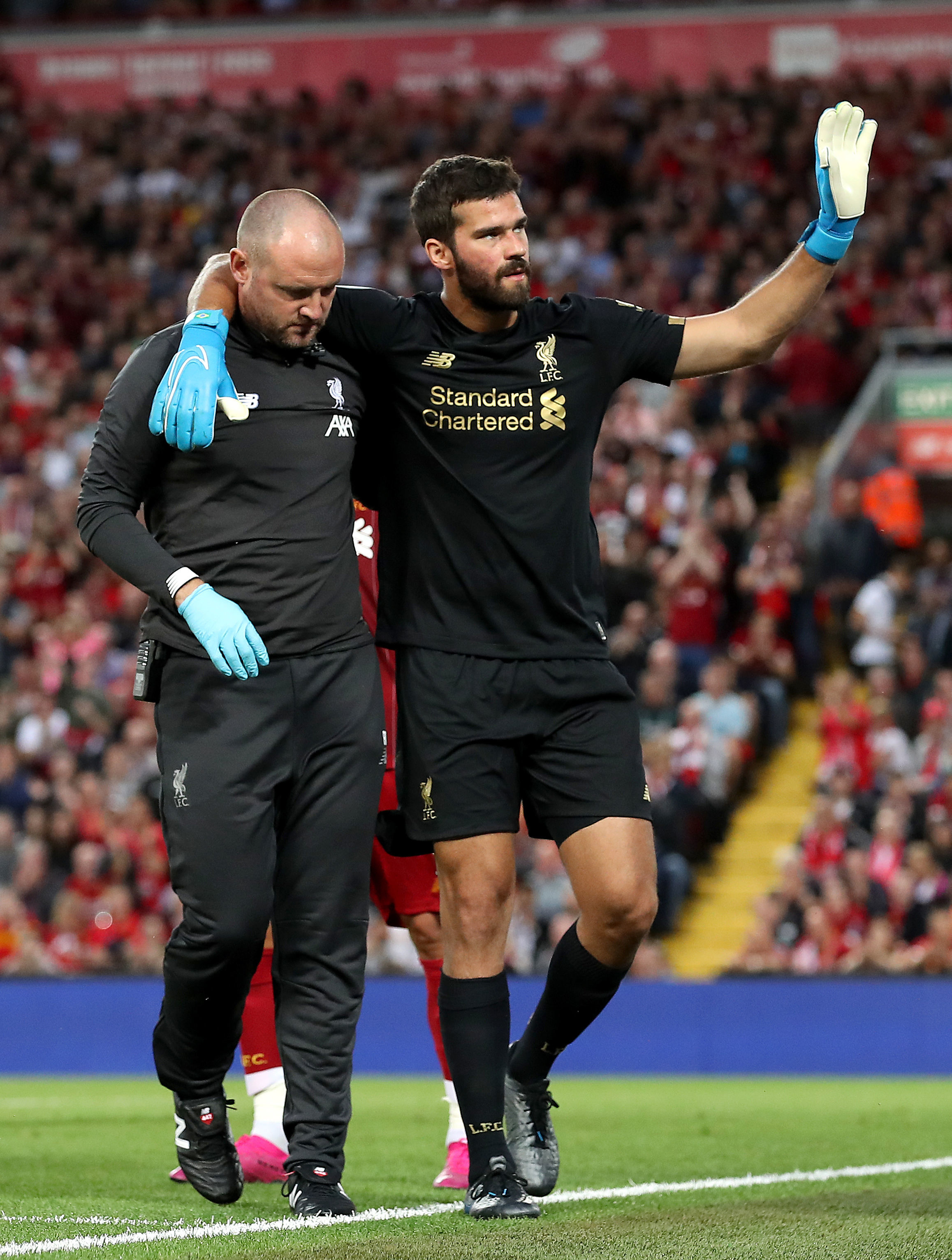 Alisson gave Liverpool a boost when returning for Saturday’s 2-1 win over Sheffield United, just three weeks after picking up the problem.

Preparing for the home Champions League clash with FC Midtjylland, he said: “It is good to be back. I am really happy.

"As soon as the doctor said four to six weeks, I said ‘no doc, we go to two or three weeks maximum.’ Then I went for it.

“I pray a lot. I really do. Also, I had a lot of treatment. Everyday I was at the club for five or six hours and I was working with the fitness department.

“After two weeks, I was brought together with the goalie coach, doing catching but not diving. After two-and-half weeks, I started to dive.

"Three days later, I started with hard goal kicks and full diving and on Friday, I gave the boss the green light that I could play.

“I am glad it was only three weeks. Not being involved in every game, like the Atletico match last season or the Villa game, is always hard.

"As a player, you want to be out there helping the team”

Alisson admitted it will be difficult playing without defender Virgil van Dijk who has a long-term ACL injury.

Fabinho will once again deputise against the Danes.

The Anfield number one said: “Fabinho is a fantastic player but we will miss Virgil a lot. We cannot deny that.”

Apart from van Dijk, Liverpool will once again be without the injured Joel Matip, Naby Keita, Thiago Alcantara and Alex Oxlade-Chamberlain.