ALEN BABIC and Mark Bennett got into a SLAP fight at their weigh-in as security were forced to step in and separate the heavyweight pair.

They feature in the second instalment of Eddie Hearn's 'Fight Camp', staged in the promoter's Essex back garden. 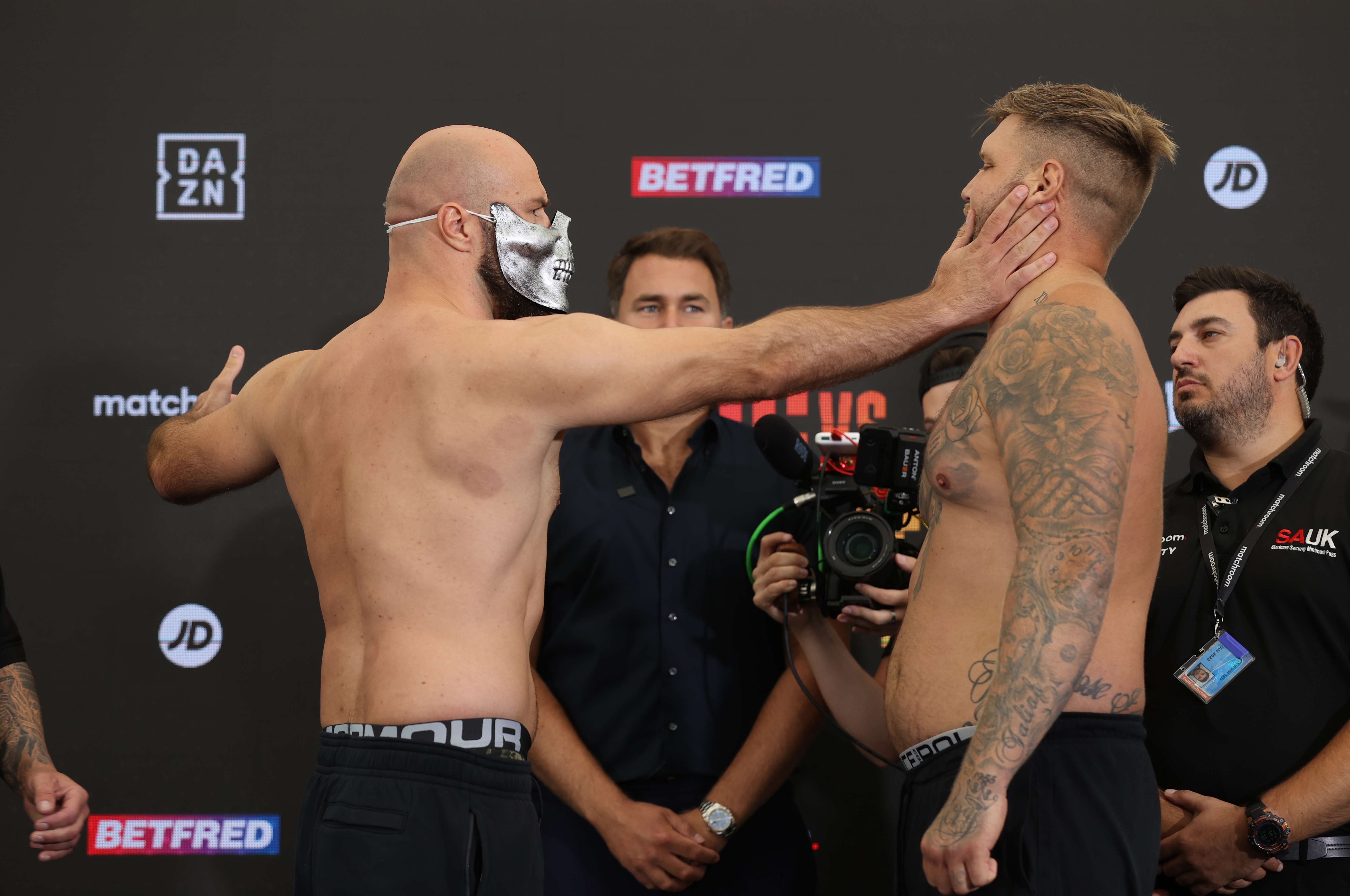 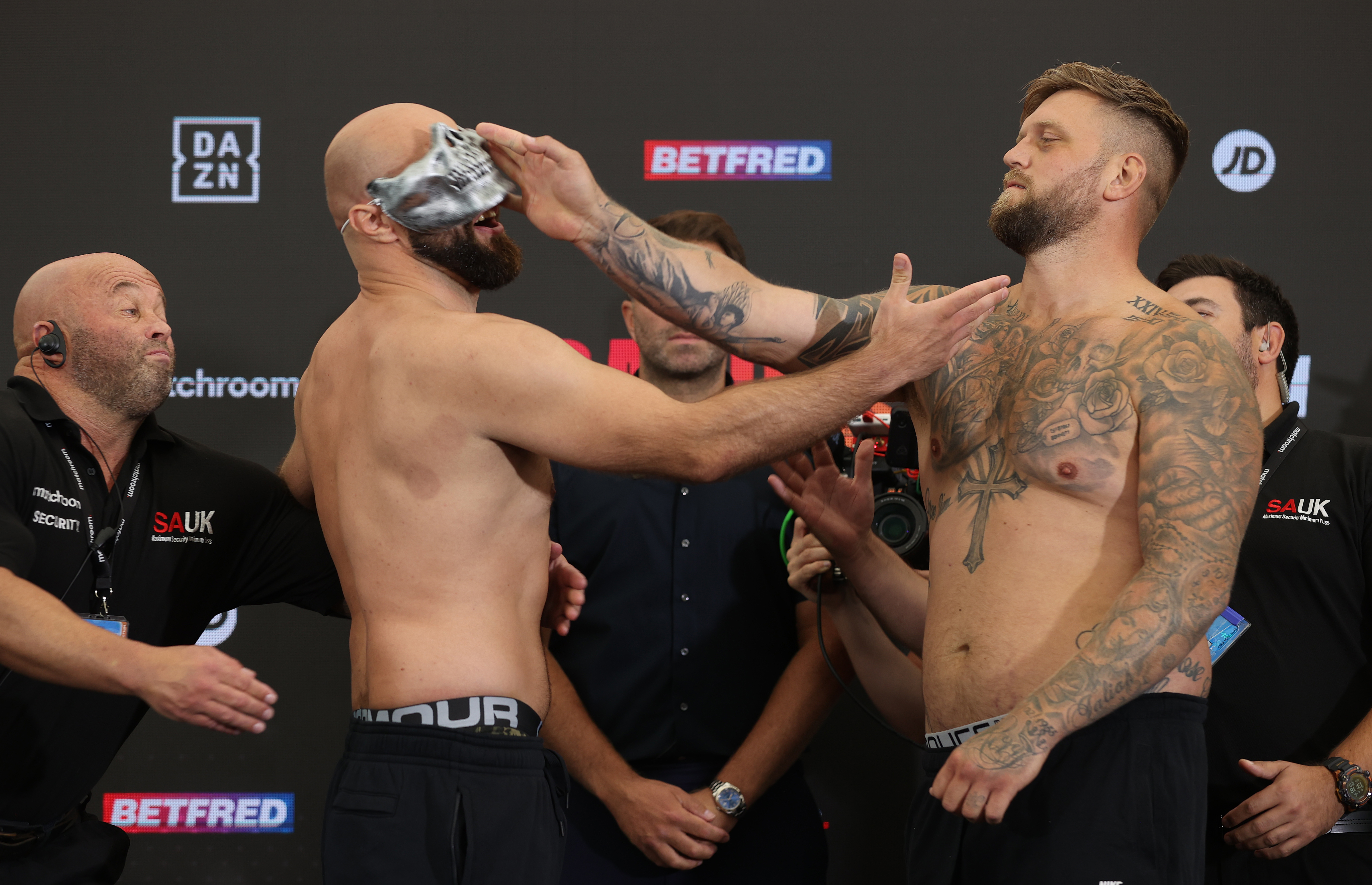 Babic is renowned for his unpredictable character, but it was former army soldier Bennett who caught him by surprise.

The Brit, who toured in Afghanistan, touched Babic's mask which prompted Croatian to give him a little slap to the face.

But Bennett returned fire which a much meatier slap, which prompted security to intervene before all hell broke loose.

Babic is 7-0, all by knockout, and has never gone past the third round.

But Bennett, 7-1, remains unfazed and accused his rival of 'pulling people off the settee' in the past.

He said: “I do think that I’ve got a bit of an advantage over his previous opponents. For one, I’ve had seven weeks’ notice.

"I’ve been at it for the last seven weeks in the gym training hard. I’m bigger as well. I’ll tell you the truth – I’m there to fight.

"I’m turning up on Saturday night to actually have a fight. I’m not just turning up to take a payday. We’re going to have a good tear up.

“I know he’s had seven fights. He’s doing alright. I don’t think he has given any of his opponents decent notice.

"I just think he’s been pulling people off the settee. Don’t get me wrong, I think he’s got good stock.

"When I win it will raise my stock massively. I want to be active.

"Hopefully I get signed to someone and we can go from there and get some bigger fights on a decent platform. That’s the dream. 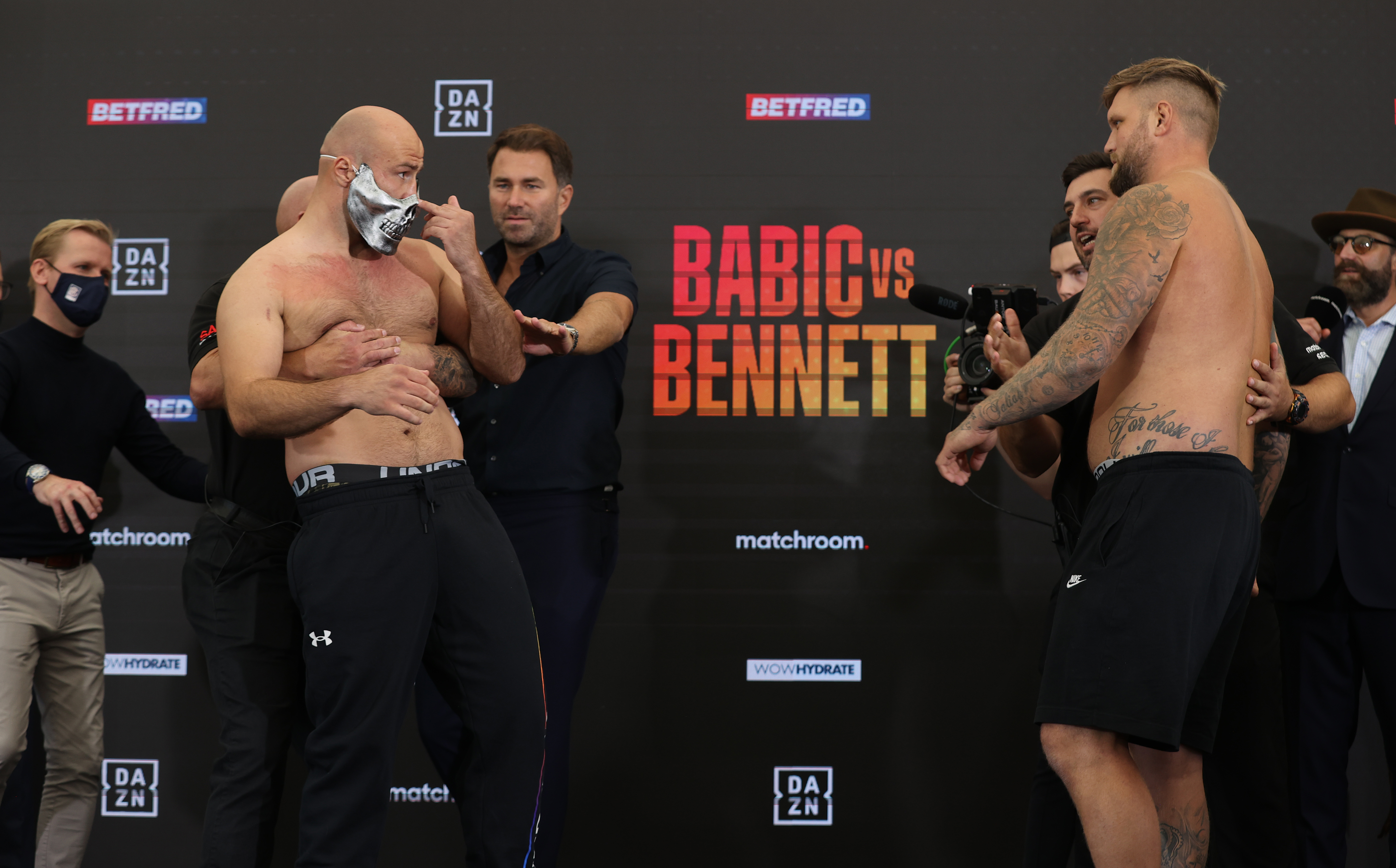