Emma Raducanu continued her blitz through the US Open draw by defeating Shelby Rogers to reach the quarter-finals.

It was a seventh win at Flushing Meadows for the 18-year-old, who is only the third qualifier to make it through to the last eight in the Big Apple.

Qualifying round one – beat Bibiane Schoofs 6-1 6-2

Raducanu came into qualifying with expectations sky high after her Wimbledon run and subsequent good form in the US and she eased past Dutchwoman Schoofs in her first match.

The hardest match Raducanu has had so far came against 167th-ranked Georgian Bolkvadze. In hot and humid conditions, the British player trailed by a break in the second set but recovered impressively. 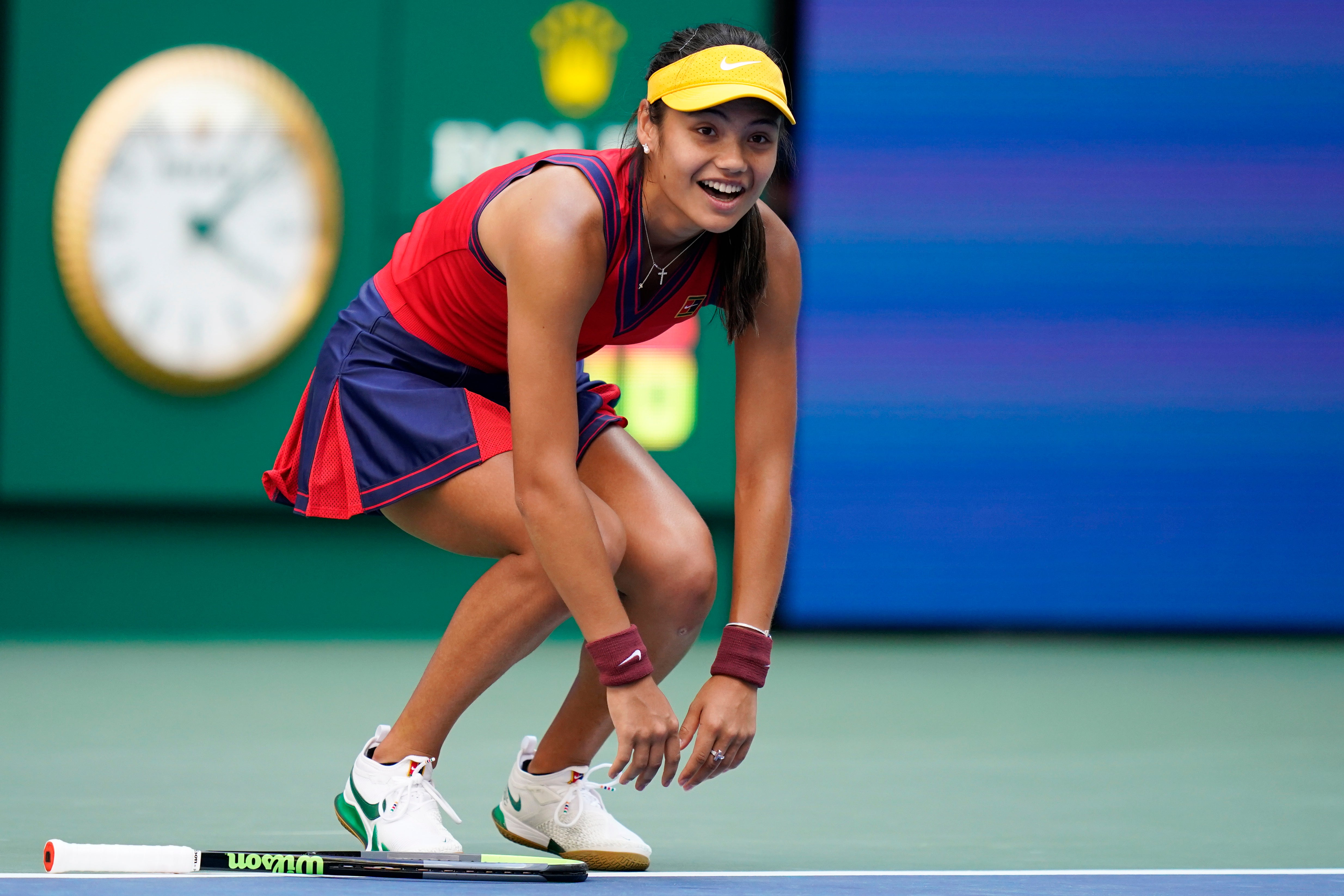 An impressive result for Raducanu against Egyptian Sherif, the fourth seed in qualifying and a player having a fine season. Raducanu dominated the first set and booked her spot in the main draw with an ace.

Raducanu had a stroke of luck when her intended opponent, last year’s semi-finalist Jennifer Brady pulled out through injury and she made short work of lucky loser Voegele.

Raducanu had lost heavily to Zhang a few weeks ago but showed the pace of her improvement with another confident win, holding off a fightback from her Chinese opponent having led 4-0 in the second set.

An extraordinary performance from Raducanu against an in-form player ranked 41. The teenager won the first 11 games with a combination of first-strike brilliance and strong defence.

Rogers had defeated top seed Ashleigh Barty in round three and made far too many errors but Raducanu handled her debut at Arthur Ashe Stadium with aplomb, overcoming a nervy start with another run of 11 games.