The next two teams to enter the A-League are set to be chosen on December 12, though Football Federation Australia is still to decide how to spend the financial windfall the expansion process will deliver the organisation.

The FFA's coffers could be filled with a potential windfall of between $5 million and $15 million before Christmas when the organisation receives the licence fees from the two new entrants into the A-League.

Fairfax Media understands the new board will select the successful expansion franchises at a board meeting on December 12 where the licence fees offered by the bids will, to some extent, influence the outcome. 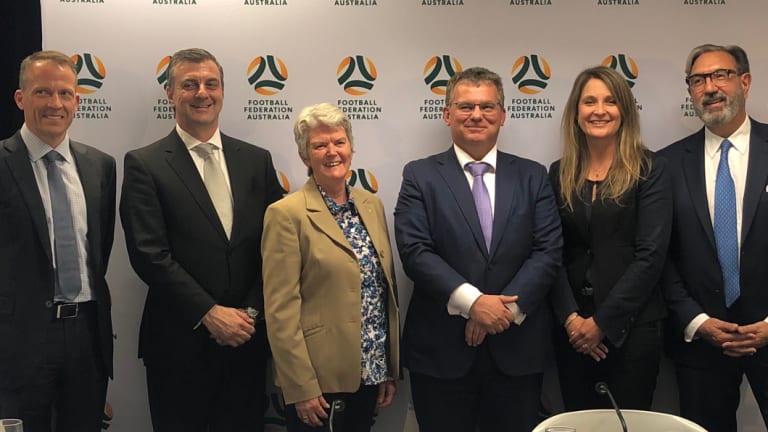 Powerbrokers: Heather Reid and Chris Nikou (middle) will lead the new-look FFA board.

A minimum licence fee of approximately $13 million has been required of each bid to cover the operating costs of an A-League club over the next four years – the period of the current TV rights deal – and ensure existing clubs won't have their annual grants reduced.

However, a number of the six remaining bids have tabled licence fee offers above that amount, which could deliver the FFA a significant cash injection. A blind auction scenario has developed among some bidders with one understood to have tabled close to $25 million to enter the competition. However, the price on offer will not be the sole consideration for the FFA board and its new chairman, Chris Nikou.

While money will be important, it won't overshadow the long-term viability of a new club and its benefit to the A-League.

"We can’t put the existing clubs or the other programs run by the game in a position where their funding is put under pressure, particularly in the years before the next media rights are sold," Gallop said. "That means we need expansion bids to, amongst other important factors, be able to put forward a licence fee that covers the costs of their grant as well as the additional operating costs of extra teams in the A-League. We intend to continue to discuss this aspect of the bids in the coming weeks." 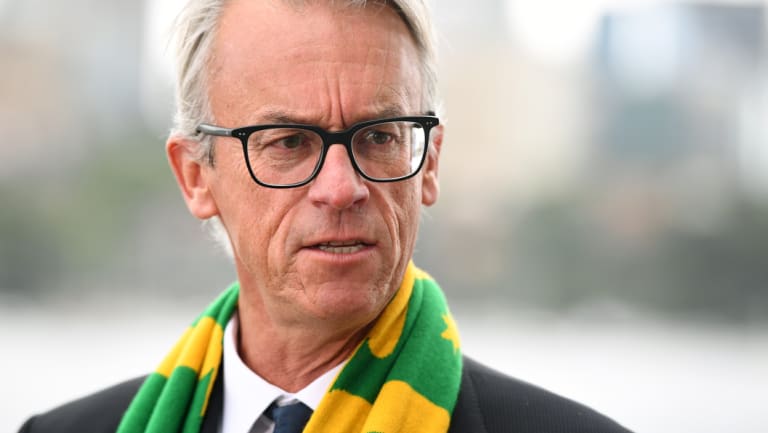 Some of the bidders agitated against paying an upfront licence fee, wanting only to cover their ongoing operating costs. However, the FFA pushed for an upfront payment as financial security.

"Part of the intention of a licence fee is also for the security of an unforeseen change in a club’s own funding position in the first few years," Gallop said.

The FFA won't know the value of the licence fees until the two new teams are decided, but sources close to the board have told Fairfax Media they are looking to retain the bulk of the money to put towards grassroots projects, such as reducing registration fees and improving infrastructure.

However, it is understood the 10 existing A-League clubs are looking to receive a significant cut of any profit from the expansion process. The 2014 sale of the Western Sydney Wanderers by the FFA to a consortium lead by Paul Lederer provided a windfall for the nine other A-League clubs.