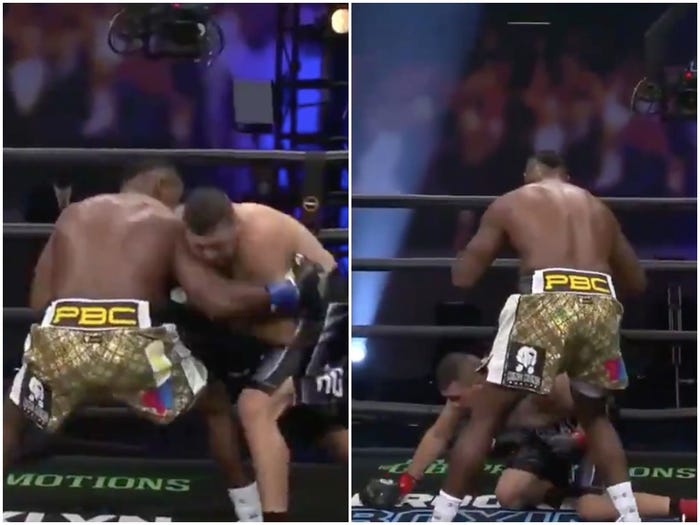 A heavyweight boxer's salary is being withheld after a commissioner said the way he lost so easily in 46 seconds on Saturday "raised some questions."

Alexander Flores was beaten by Luis Ortiz during a Premier Boxing Champions event held behind-closed-doors at the Microsoft Theater in Los Angeles.

According to Compubox data sent to Insider, Flores threw one punch which did not land and he was hit in return with three of Ortiz's 10 total shots.

The last of those punches appeared to strike Flores on the side of his body, having previously landed a couple of heavy left hands.

That bizarre strike to the midsection put Flores down and out for the count, in turn raising questions from the authorities.

It cost Flores the fight and, according to Andy Foster, the executive director of the California State Athletic Commission, it has cost him his fight purse. His earnings for the bout are currently withheld pending an investigation.

"I want to be very clear that all we're doing is taking some time to review it," Foster told The Athletic.

"We're not saying [he] did anything wrong at all. We need to take a look at this a little more than we have because [the conclusion] raised some questions … we just need more information."

Flores was due to receive $80,000 for his participation in the match, according to The Athletic.

Foster told the site that "the unusual nature of the fight being stopped" means the commission needs to review it.

"It's very rare, we hardly ever do this," Foster said.

Foster consulted with the ringside physician at the fight, together with the referee and a commission member, The Athletic said, and Flores will now be ordered to attend a hearing.

A review, in instances such as this, would be to determine whether Flores was intentionally not competing honestly or to the best of his ability.