Pogba was so good – despite missing a penalty – that even Graeme Souness sung his praises. 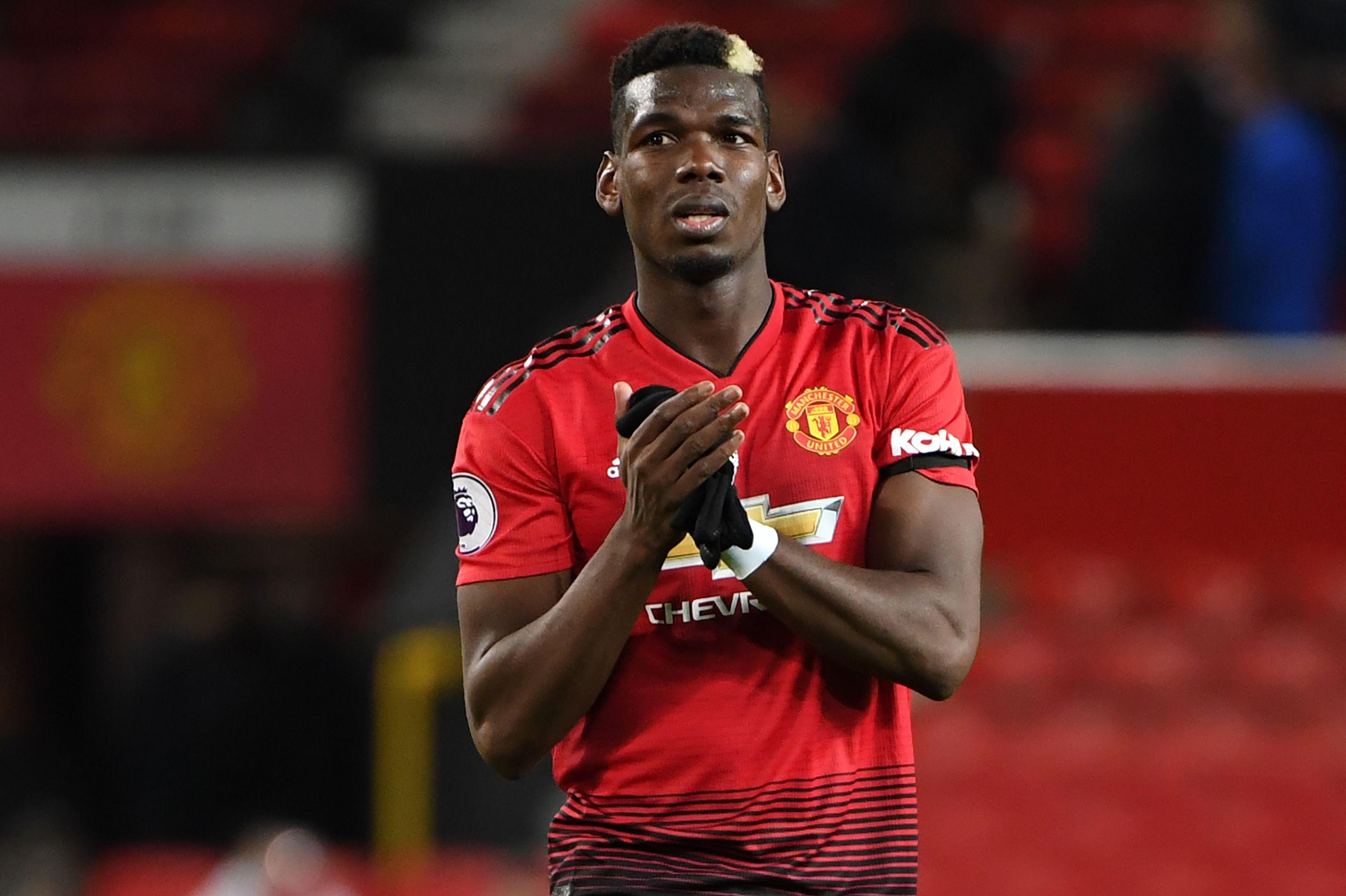 For all the fall-out, check out our stories below.

MANCHESTER UNITED are joint favourites to sign Arsenal's Aaron Ramsey as he edges closer to leaving on a free transfer next summer.

The Red Devils are 6/1 to land the Welshman, along with Premier League rivals Chelsea.

The French World Cup winner will cost in the region of £100m as Jose Mourinho looks towards a defensive overhaul.

MOUR OF THE SAME

JOSE MOURINHO has come to the defence of Paul Pogba after he was mocked for his penalty run-up.

The Frenchman took 12 seconds to take his stuttered spot-kick, only to see it saved by Everton's Jordan Pickford – but netted on the rebound.

'KNEW WHERE HE WAS GOING'

JORDAN PICKFORD has revealed that Paul Pogba's bizarre run-up helped him save the penalty.

The Frenchman took 12 seconds to strike the ball – but was fortunate to score with the rebound.

JOSE MOURINHO expressed his delight at Anthony Martial's improved form this season but aimed a subtle dig at the player's friends.

He said: "In the end, you have the rewards of that hard work if they [players like Martial] don’t give up and they don’t have an entourage who supports their weaknesses.

The Frenchman's shuffling spot-kick technique at Old Trafford yesterday came under fire, with fans and pundits unsure if he knew what he was doing.

LUKE SHAW poked fun at his Manchester United team-mate Paul Pogba after his eccentric penalty run-up in the win over Everton.

Pogba took his usual bizarre approach to his spot kick at Old Trafford on Sunday, taking a staggering 27 steps that took almost 12 seconds before shooting for goal.

MANCHESTER UNITED and Chelsea are set to battle it out for Arsenal star Aaron Ramsey.

The Daily Star claims Jose Mourinho and Maurizio Sarri are both keen on adding the Welshman to their ranks.

ANTHONY MARTIAL was caught up in a ‘cheat’ storm as Manchester United grabbed a vital victory against Everton.

Goodison boss Marco Silva called him a ‘diver’ after he won a penalty in United’s 2-1 win. Paul Pogba netted in the 27th minute after Jordan Pickford saved his initial spot-kick.

PAUL POGBA admits he may have to ditch his penalty run-up after being jeered by the crowd during Manchester United’s 2-1 win over Everton.

The Old Trafford crowd made their feelings known when Pogba stepped up for a spot-kick in the first half following a foul on Anthony Martial by Idrissa Gueye.

Anthony Martial’s sublime second-half effort, his fourth strike in as many games, was United’s 100th goal against their Merseyside rivals in the Premier League.

The ex-Liverpool ace was impressed by the midfielder's display as he scored to help United win 2-1 – and it sent Twitter into meltdown.

ROMELU LUKAKU has been dropped for Man United against former club Everton.

Jose Mourinho has finally lost patience with the misfiring striker who will start from the bench.

MANCHESTER UNITED are willing to shell out £60million for Harry Maguire in January.

The England centre-half, 25, signed a new five-year deal with Leicester in September after interest from Jose Mourinho’s men.

THINGS have apparently got so bad for Jose Mourinho that he talked of bringing Michael Carrick out of retirement to play up front against Juventus.

The Manchester United boss was of course being sarcastic — it was the Special One’s way of making a point about his lack of alternatives to the out-of-form Romelu Lukaku.

MANCHESTER UNITED star David De Gea has failed to reassure Jose Mourinho he is committed to the club.

Last night, SunSport revealed the Special One is worried about losing his star stopper on a free transfer to Juventus.

LIN WITH A SHOUT

JESSE LINGARD has returned to Manchester United training the day after Jose Mourinho blamed him for causing his own injury lay-0ff.

Old Trafford boss Mourinho revealed the England man, 25, is back at Carrington having previously played through a groin injury picked up at the World Cup.