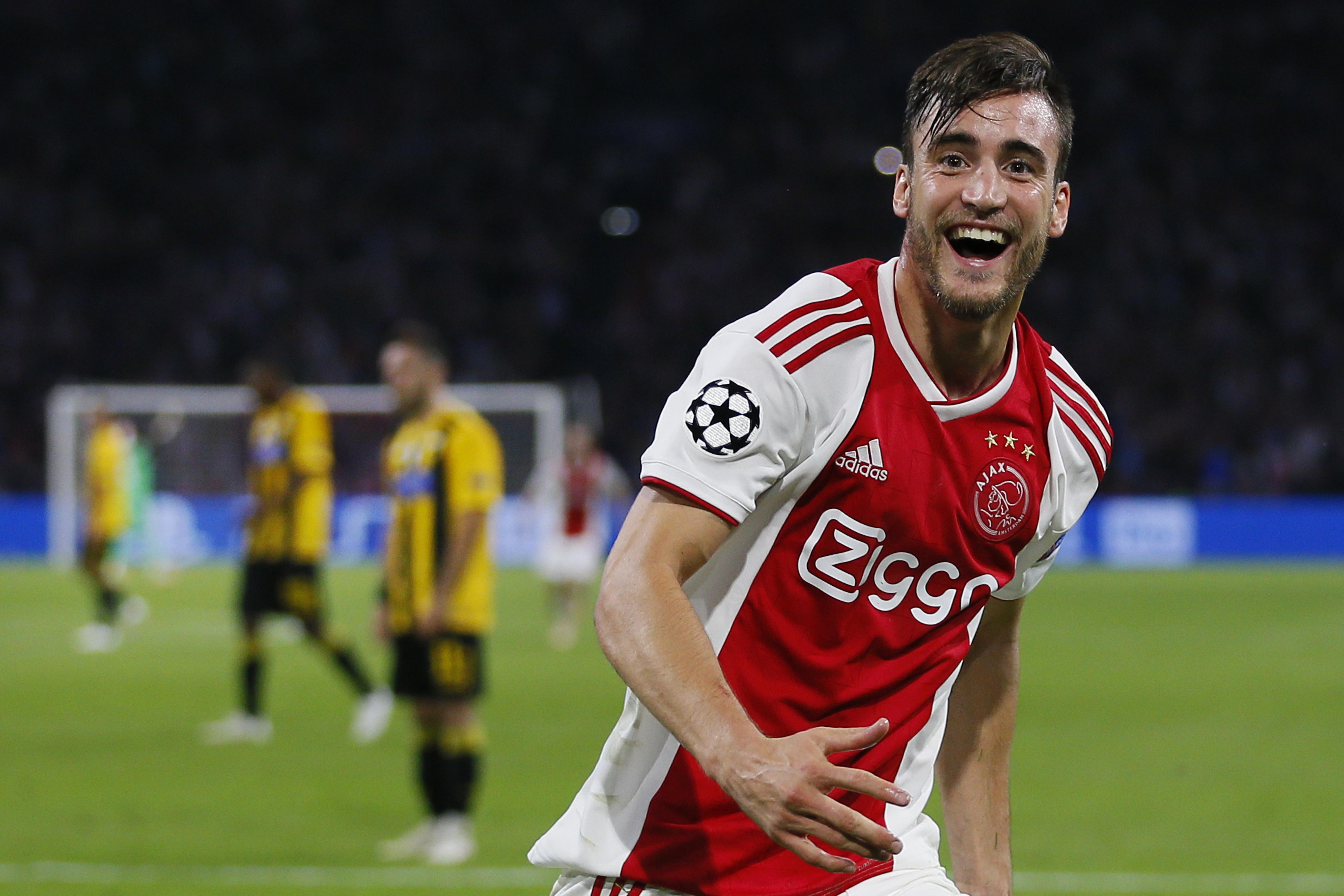 ARSENE WENGER says he will return to management in the New Year, but will only take charge of a club abroad.

The Frenchman described it as "a sin" to take over an English club straight away after 22 years at Arsenal.

PIERRE-EMERICK AUBAMEYANG was only allowed to join Arsenal because of bad behaviour at Borussia Dortmund.

The German side's former manager Peter Stoger laid into the Gabonese striker who made the switch to the Emirates last January.

PETR CECH will be given the chance to win his Arsenal number one jersey back from Bernd Leno tonight as the Gunners face Blackpool.

The Czech had been criticised for his inability to play out from the back and ultimately lost his place after going off injured against Watford.

ARSENAL have submitted an £8million bid for Ajax and Argentina defender Nicolas Tagliafico, according to reports.

It is understood the Gunners are keen to bring in the left-back in the new year as their injury crisis continues.

GRANIT XHAKA has revealed what Unai Emery said to him before he scored his sensational free-kick against Crystal Palace.

Xhaka, 26, smashed in the strike just six minutes after half-time to equalise at Selhurst Park – and Emery's reaction is priceless.

The former Gunners midfielder was speaking about Spurs on Soccer Saturday ahead of their showdown with Manchester City when he ripped into the North Londoners.

OUSMANE DEMBELE is a January transfer target for Arsenal after being told he can leave Barcelona.

Chelsea and Liverpool are also on alert with the former Dortmund winger available.

ARSENAL ace Pierre-Emerick Aubameyang appeared to support a tweet criticising manager Unai Emery for subbing him at the weekend.

With the Gunners 2-1 up at Crystal Palace, thanks to his strike on 56 minutes, the in-form Gabon ace was hooked with 12 minutes still to play.

FOR WHOM THE BELL TOLLS

HECTOR BELLERIN faces a battle to be fit for Arsenal's big game against Liverpool next weekend.

The Gunners defender posted on Instagram saying "already trying my best to come back asap".

MESUT OZIL has taken the unusual step of staying silent on social media in the wake of his tantrum during Arsenal’s 2-2 draw with Crystal Palace.

The German playmaker made it clear he was not happy after being subbed off the field during Sunday’s clash at Selhurst Park.

WILFRIED ZAHA has hit back at critics who accused him of diving for the second game in a row with a video of Granit Xhaka admitting to his foul.

The Crystal Palace winger won a penalty for his side with just six minutes of the Saturday clash with Arsenal remaining.